With a resurgent Tiger Woods once again on the prowl and Rory McIlroy seemingly back in form, golf fans eagerly await the start of the 77th Masters which is now only hours away at Augusta National.

The year's opening major is always the most heavily anticipated of the four and, with a myriad of captivating storylines bubbling during the tournament buildup, this latest edition is rich with promise.

Though four-time champion Woods has been installed as a hot favourite after winning three times in his first five starts on the 2013 PGA Tour, the general feeling among the players is that the 93-man field bristles with potential winners. 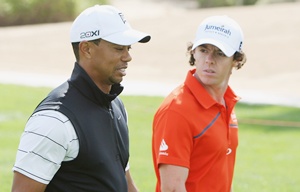 "We all know what Tiger's capable of doing," said Australian World No. 7 Adam Scott, who has finished in the top 10 for the last two years at the Masters with its spectacular setting amid Georgian pines and blooming azaleas.

"He's always a threat at any golf tournament, but he's far from just running away with it at the moment. He's just returned to No. 1 and that's just a number at the end of the day.

"There are so many players playing well. It's just not a foregone conclusion."

Twice former champion Bernhard Langer believes that up to 60 players are capable of slipping into the coveted green jacket on Sunday.

"Who would have necessarily thought that Charl Schwartzel would win (in 2011) or even Bubba (Watson) last year? They are all great players but they weren't necessarily mentioned among the favourites that week," Langer said.

"Then you have Tiger, Phil (Mickelson), Rory and a bunch of other guys. There are a lot of players who can win and pull it off if they get hot.

Most eyes, however, will be firmly focused this week on World NO. 1 Woods who is bidding to win his first major title in five years, and his first green jacket since 2005.

His quest to eclipse the record 18 majors won by fellow American Jack Nicklaus had stalled on 14 but now that he has regained full fitness after being plagued by lingering knee injuries and personal strife he appears to be back on track.

"I feel comfortable with every aspect of my game," Woods told reporters earlier this week. "I feel that I've improved and I've got more consistent, and I think the wins show that.

"That's something that I'm proud of so far this year, and hopefully I can continue it this week."

Watson, who beat South African Louis Oosthuizen in a playoff last year after conjuring a miraculous shot from pine straw as he hooked a wedge 40 yards through the air for his ball to settle 10 feet from the pin, regards Woods as a hot favourite.

"He's playing good, so he would be the guy right now," said the American left-hander. "He's playing the best. He's number one in the world, that's all you need to look at."

As for World No. 2 McIlroy, he will be eager to atone for his nightmarish final-round meltdown at the 2011 Masters when he squandered a four-shot overnight lead with a closing 80.

The Northern Irishman will also be champing at the bit to prove that his relatively poor form earlier this season, following his switch in club manufacturers, was simply a temporary phase, though he gave himself a welcome boost by finishing second at last week's Texas Open.

"Every time you come here to Augusta, you're wanting to win that green jacket, and every time you don't it's another chance missed," said McIlroy, while adding that anything less than a win this week would be a disappointment.

"I have no ill memories of this place at all. I absolutely adore the golf course and it's great to be here. Everything's been going well and I'm looking forward to the week."

The list of potential champions this week is a long one, as demonstrated by the 'unlikely' victories of Canada's Mike Weir in 2003, American Zach Johnson in 2007 and South African Trevor Immelman in 2008.

The strength in depth of the modern game is unparalleled in the history of golf and virtually any player in the field, with a few venerable exceptions, is capable of winning with a hot hand for all four rounds.

Former World No. 1 Luke Donald and Lee Westwood, along with their fellow Englishmen Justin Rose and Ian Poulter, will each be chasing a first major title, as will Australians Scott and Jason Day, joint runners-up two years ago.

Veterans such as Steve Stricker and Ernie Els, established PGA Tour winners like Brandt Snedeker, Hunter Mahan and Matt Kuchar, plus a host of younger guns led by Italy's Matteo Manassero, are all capable of flourishing.

© Copyright 2020 Reuters Limited. All rights reserved. Republication or redistribution of Reuters content, including by framing or similar means, is expressly prohibited without the prior written consent of Reuters. Reuters shall not be liable for any errors or delays in the content, or for any actions taken in reliance thereon.
Related News: Tiger Woods, Rory McIlroy, Watson, Bernhard Langer, PGA
SHARE THIS STORYCOMMENT
Print this article 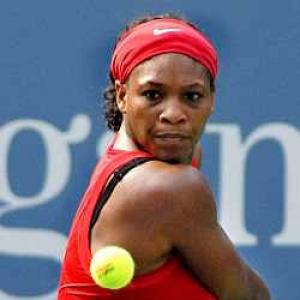 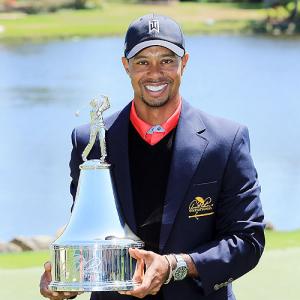