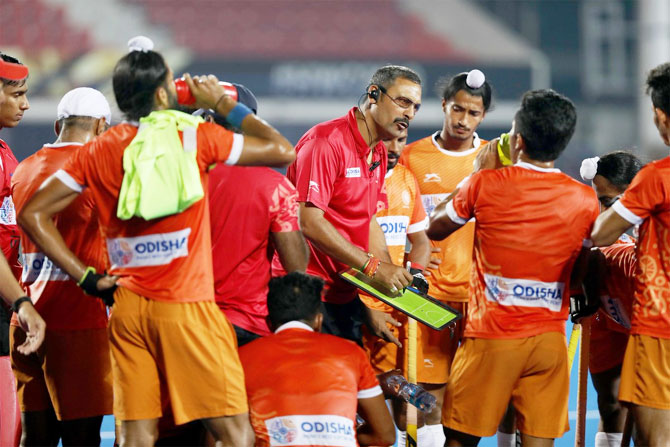 IMAGE: We won't compromise on playing attacking hockey against any team. We want to think ahead of the opponents, says India coach Harendra Singh. Photograph: Hockey India

India's chief coach Harendra Singh on Tuesday defended the selection of several junior players in the squad for the FIH World Cup, saying they are good enough to create history.

The current Indian team has seven out of 18 players from the junior World Cup squad, which under Harenedra clinched the world title two years ago in Lucknow.

"Constitution gives us the right to marry after 18. So this is not a young team. It's a team that can create history," Harendra said on the eve of India's opening match against South Africa on Wednesday.

"You have to have patient. Selectors have considered the young players to be good enough to wear India colours, so we need to be proud of them. Every player in the team understands it. My advice to the players would be to stick to the basics and strategy and consider crowd as 12th man and use their energy," he added.

Citing the example of Ireland, who went on to win the women's World Cup earlier this year despite being rated as underdogs, Harendra said India first aim would be to top Pool C and qualify directly for the quarterfinals.

"Did anyone think Ireland will reach women's hockey World Cup final and Croatia will make it to FIFA World Cup final. Every team works on their strategy. It's about that particular day. We want to top the pool and avoid crossovers because then we will get an extra day and know who we will play in the quarters," the chief coach said.

Eight-time Olympic champion India's only glory at the World Cup came way back in 1975 at Kuala Lumpur when Ajit Pal Singh and his men created history for the past masters of the game.

Since then India has failed to match the standards of the Europeans  -- Netherlands, Germany -- and Australia, who have been ruling the game for over four decades now.

The inability to defend the Asian Games title earlier this year will remain Harendra's biggest failure but the coach said that episode is a thing of the past now.

"The hard fact is that all of us have forgotten the Asian Games defeat and you should also forget. We learn from history, gain experience but there is no point recalling it. We took collective responsibility. We don't talk about it now in our meetings,” he said.

Ranked 10 places above World No. 15 South Africa, India will go into their tournament-opener as overwhelming favourites.

"We understand that the first match is important in every tournament. It releases 40 to 50 per cent of pressure. We want full points from the first match. But for points, we can't forget and sacrifice the basics of hockey, the strategy," he said.

"We won't compromise on playing attacking hockey against any team. We want to think ahead of the opponents."

With two matches scheduled for each day, there are significant gaps between matches in the 16-team World Cup and Harendra supported the format, saying it will help all the teams to come out with fresh legs in every game.

"I support this format as a coach. Hockey is a fast-paced, result oriented, highly demanding game. It (the gaps) will help us to come out with fresh mind and legs in every match," he said.

Conceding last minute goals has been India's perennial problem in the last few years but Harendra said it' is with all hockey playing nations.

"We always discuss India concede last-minute goal to lose. It has happened in the last 4-5 years, including the Asian Games. But that doesn't only happen with the Indian team. I can give you history where other teams also have lost the same way," he said.

India captain Manpreet Singh too said that their main focus is on topping the pool and avoid cross-overs.

"We are not focussing on crossovers. If we top the pool, we should not worry about it. We are focusing on our first match," he said.

"We have improved over the last 3-4 years. Before that we had never won FIH medals but now we have won Hockey World League bronze, then silver at the Champions Trophy (earlier this year). Now it's the World Cup and we have to show that we have improved at the highest level." 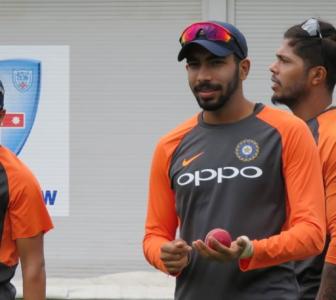 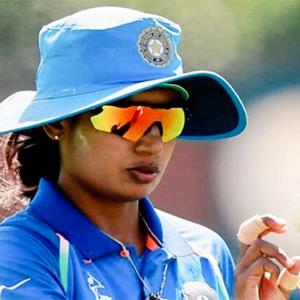 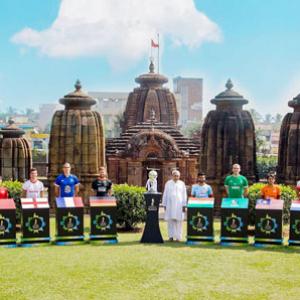