News
Business
Movies
Sports
Cricket
Get Ahead
Money Tips
Shopping
Sign in  |  Create a Rediffmail account
Rediff.com  » Sports » The Thai charmer who made a fortune and won soccer's biggest league

'Believe us when we say he’s the best. He let us dream' 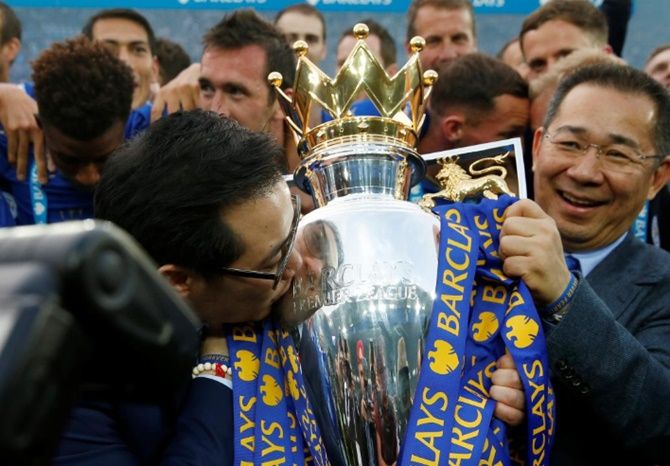 He rose from obscurity as a printer and leather goods trader to become a polo-playing buddy of royalty and then the improbable hero of a city in England’s Midlands. But he was hit by tragedy when his helicopter crashed in a fireball outside Leicester’s stadium.

A source close to the club said he was among five people on board.

Vichai, 60, showed a knack for winning people over with charm and largesse. He navigated Thai political turmoil and secured the King Power duty free concession that gave him a fortune estimated at nearly $5 billion (4 billion pounds).

“I do what I love, so I put love into everything I do,” Vichai said in 2016 as he was awarded an honorary degree from the University of Leicester.

The achievement was stunning, given that the team had started the season with odds of 5,000 to one - and far greater chances of relegation.

More than other foreign Premier League owners, he forged a close personal connection to the club he had bought in 2010 when Leicester were in English soccer’s second tier Championship.

Vichai was a devoted Buddhist and flew orange-robed monks to Leicester for blessings and to provide spiritual amulets to help the team.

He used his fortune to secure better players and to boost wages for his team, giving them a platform to become champions. He also bought beer and pastries to reward the loyalty of fans at the King Power stadium that was named for his company.

It was just outside the stadium that Vichai crashed in the helicopter he used to take off from the pitch and fly back to London after games. Four other people were on board.

A descendant of Chinese immigrants, Vichai founded what became the King Power empire in 1989 with a store in Bangkok selling duty free goods and souvenirs.

His down-to-earth approach and ready smile helped win over the right allies at the right time. He secured a near monopoly on duty free goods as tourism in Thailand boomed.

King Power really took off in 2006, when it was granted the monopoly at the new Suvarnabhumi Airport under the government of then Prime Minister Thaksin Shinawatra, a former telecoms tycoon and Manchester City owner.

By that time, Vichai had also brought himself closer to the royal family: King Power’s name was in honour of late King Bhumibol Adulyadej.

To commemorate the late King Bhumibol’s 60 years on the throne in 2006, King Power sold 1 million yellow silicone wristbands imprinted with “We Love the King” and “Long Live the King,” donating over $3 million to the revered monarch.

They became a national sensation. 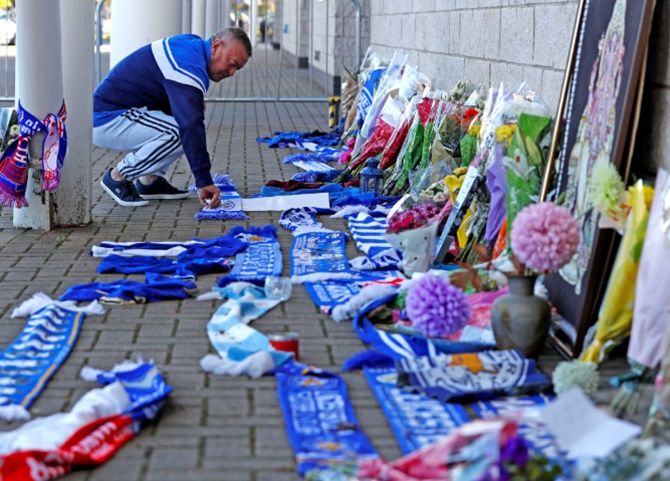 IMAGE: A Leicester City football fan places a scarf outside the football stadium, after the helicopter of the club owner Thai businessman Vichai Srivaddhanaprabha crashed when leaving the ground on Saturday evening after the match. Photograph: Peter Nicholls/Reuters

Born Vichai Raksriaksorn, he was bestowed the last name Srivaddhanaprabha by the king as an honour to his family in 2012. The name means “glowing light of prosperity”.

The wedding of Vichai’s daughter Voramas Srivaddhanaprabha in 2017 was attended by current King Maha Vajiralongkorn’s daughter as well as generals of the junta that seized power in 2014.

Vichai didn’t only court the friendship of Thai royalty.

His other big sporting passion was polo and that brought him close to British royals. Pictures show him meeting Queen Elizabeth at a tournament and laughing with heirs to the throne Prince Charles and Prince William.

Vichai introduced his son Aiyawatt to those circles.

Aiyawatt, nicknamed “Top”, was recently appointed King Power’s chief executive and serves as a vice chairman of Leicester City. His father had long made clear he was grooming him to continue the empire.

British media said Aiyawatt had not been at Saturday’s match.

In Thailand there was disbelief at news of the crash, while in Leicester fans brought flowers and blue and white scarves bearing the club’s emblem of a fox to lay at the stadium some 9,700 km (6,000 miles) from Vichai’s homeland.

“Ask any Leicester fan and they’ll tell you the same thing ... We idolise Vichai,” wrote one Leicester fan on Twitter. “Believe us when we say he’s the best. He let us dream.” 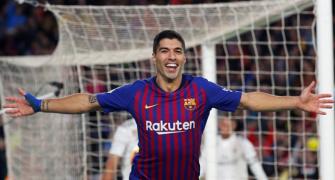 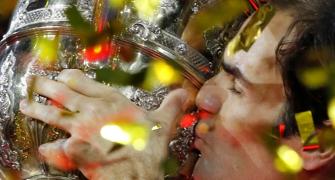 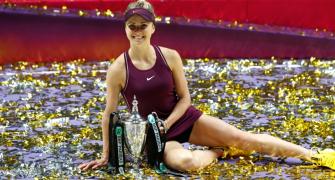 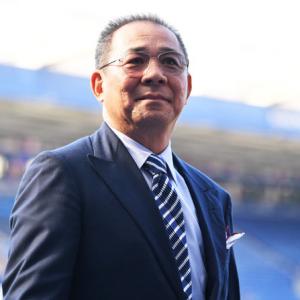 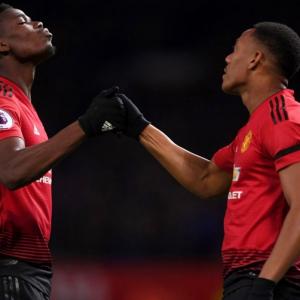