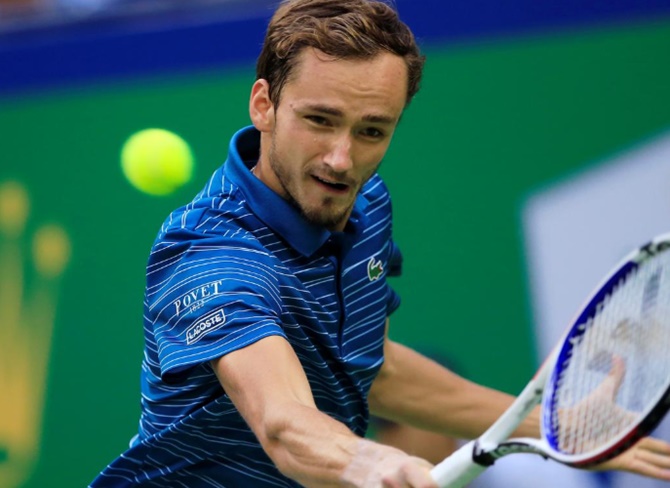 Russia’s Daniil Medvedev remarkably reached his ninth final of the season as he defeated Stefanos Tsitsipas 7-6(5), 7-5 at the Shanghai Masters on Saturday.

Third seed Medvedev won 84 per cent of his first-serve points and saved four of five break points to improve his win-loss record for the calendar year.

The tiebreak saw the first 10 points won by the server before Medvedev pounced to capture the opening set as Greek sixth seed Tsitsipas struggled with his backhand.

Serving for the match at 5-4, Medvedev conceded a break after committing four errors.

But he shook off the disappointment by breaking Tsitsipas in the next game and went on to book a spot in his sixth straight final with a clinical serve and volley combination.

“To be honest, I really felt good today and I felt like I could win this match. I didn’t feel bad,” said Tsitsipas, who has yet to beat Medvedev after five career meetings.

Novak Djokovic, Rafa Nadal, Roger Federer, Dominic Thiem, Medvedev and Tsitsipas have all booked places in the ATP Finals, with two spots still up for grabs at the season-ending tournament in London.

World number six Zverev strengthened his position in the Race To London standings with a 6-3, 6-4 win over Italian Matteo Berrettini.

The victory helped Zverev climb to seventh with 2,855 points in the race, 330 points more than eighth-placed Berrettini.

Zverev heads into his first Shanghai Masters final with a 4-0 head-to-head record against Medvedev, although their most recent meeting came over a year ago in Toronto.

“We’ve played some fantastic matches, all going my way until now. I hope tomorrow that will not change,” fifth seed Zverev said.

“He’s probably the best player in the world right now. I hope it’s just going to be a good match tomorrow.”

Britain’s Heather Watson reached her first WTA final in over three years by overcoming Russian Veronika Kudermetova 6-1, 6-4 in the Tianjin Open on Saturday.

Despite having played for over three hours to beat Magda Linette on Friday, Watson showed no signs of fatigue as she broke twice to close out the opening set in 25 minutes.

Watson swiftly opened up a 4-2 lead in the second before sealing victory to reach Sunday’s final where she will face Sweden’s Rebecca Peterson.

World number 59 Peterson recovered from an opening-set bagel to beat Tunisia’s Ons Jabeur 0-6, 6-4, 7-5 in other semi-final.

British number two Watson will be bidding for her fourth WTA title and first since winning the Monterrey Open in March 2016.

“It’s my first time here in Tianjin, so it’s a great first experience for me,” the 27-year-old Watson said.

“I’m looking forward to playing the final and hopefully I can play as well as I managed today.”

© Copyright 2020 Reuters Limited. All rights reserved. Republication or redistribution of Reuters content, including by framing or similar means, is expressly prohibited without the prior written consent of Reuters. Reuters shall not be liable for any errors or delays in the content, or for any actions taken in reliance thereon.
Related News: Daniil Medvedev, Heather Watson, WTA, Stefanos Tsitsipas, Alexander Zverev
SHARE THIS STORYCOMMENT
Print this article 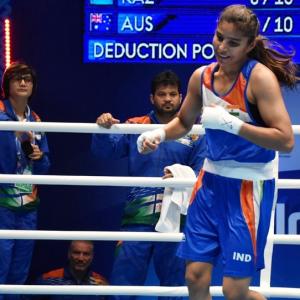 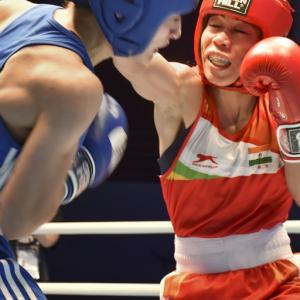