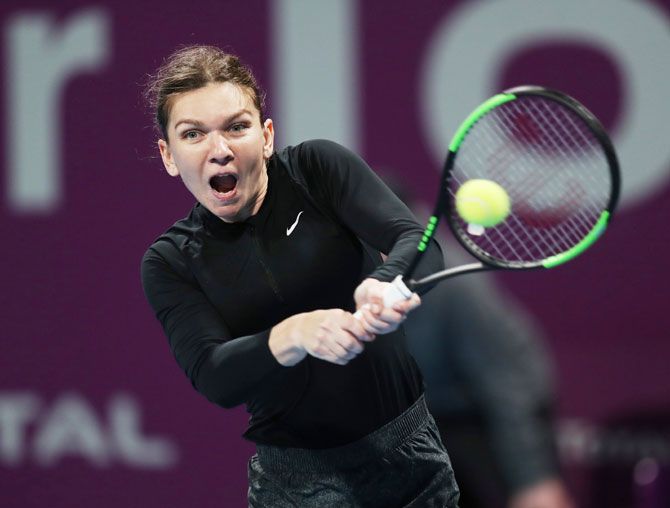 Top seed Simona Halep battled past German Julia Goerges 7-6(1), 7-6(6) in the Qatar Open on Thursday to set up a semi-final clash against Ukrainian Elina Svitolina.

Playing in her first tournament with new coach Thierry Van Cleemput, Halep raced to a 4-0 lead in the opening set before her ninth-seeded opponent fought back to force a tiebreak.

Goerges threatened with an early break in the second set but Halep's relentless accuracy from the baseline proved the difference as the Romanian closed out the win in just over two hours.

Fourth seed Svitolina swept aside Czech qualifier Karolina Muchova 6-4, 6-2 to move into her first semi-final of the season.

Svitolina broke her opponent twice in each set, winning 78 percent of points on her first serve in a commanding display.

Muchova, who has enjoyed a breakthrough week to reach her first WTA quarter-final, was undone by her 25 unforced errors, allowing Svitolina to clinch an 82-minute victory.

"She's (Muchova) not as a typical young player, because most of the players now that are coming up, they are smashing the ball," Svitolina said.

"She has lots of variety in her game, and that's, I think, very good for tennis."

Three-times Grand Slam winner Angelique Kerber rallied from a set down to overcome Czech Barbora Strycova 1-6, 6-2, 7-6(4), reaching her first semi-final since her Wimbledon triumph in July.

Kerber's Australian Open campaign in January ended in one of the worst defeats of her career when she won only two games against Danielle Collins, but she has put her disappointment behind her by stepping up her game in Doha this week.

Both players converted five break points each in a riveting contest but it was Kerber who kept her composure in the decisive tiebreak to improve her head-to-head record to 8-1 against Strycova.

"We played so many times against each other," Kerber told reporters.

"You never know what to expect, if she is playing serve and volley or just moving, playing fast.

"It was a really close match, and I think just one, two points decide the match."

Seven months after his grand slam debut, journeyman Jason Jung recorded the biggest scalp of his career when he upset Frances Tiafoe 6-3, 7-5 in the second round at the New York Open on Thursday.

After squandering a match point while receiving at 5-3, Jung was broken in the next game and the match seemed to be slipping from his grasp at the Nassau Coliseum on Long Island.

But American-born Jung, who plays for Taiwan, regrouped and broke back in the next game before serving out for the win, reacting in subdued fashion with nothing more than a little fist pump.

World number 143 Jung is ranked 114 spots below Tiafoe, but played well above his station against the American, who perhaps was a little underdone after not playing since his Australian Open quarter-final loss to Rafa Nadal three weeks ago.

Second seed Tiafoe was a late entry into the New York Open.

His departure leaves only one of the top five seeds left in number one John Isner.

Jung, 29, has never been ranked in the top 100 and perhaps is best known for getting a lucky loser spot at Wimbledon last year for his first grand slam main draw appearance when Andy Murray pulled out injured.

Next up for Jung in a Friday afternoon quarter-final is American sixth seed Sam Querrey, who earlier defeated Radu Albot of Moldova 6-3, 6-4.

© Copyright 2020 Reuters Limited. All rights reserved. Republication or redistribution of Reuters content, including by framing or similar means, is expressly prohibited without the prior written consent of Reuters. Reuters shall not be liable for any errors or delays in the content, or for any actions taken in reliance thereon.
Related News: Elina Svitolina, Frances Tiafoe, Simona Halep, Angelique Kerber, Karolina Muchova
SHARE THIS STORYCOMMENT
Print this article 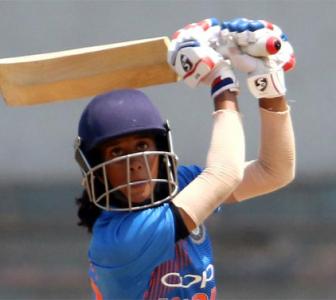 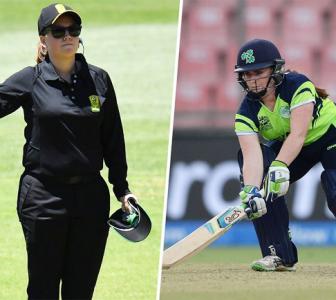