Double for Tanvi and Karun

In a battle of unseeded players, Karun Uday Singh overcame Maharashtra's Debendra Das 6-4, 6-3 in the boys' under-16 final that lasted 70 minutes. The crucial break came in the 10th game.

Das fought back by breaking in his opponent's opening service game in the second set only to see Singh restore parity immediately by winning the next game.

The Delhi boy broke Das's serve twice again to lead 5-2 before the latter pulled one back to make it 5-3.

But Singh held his nerve and served out for the title.

Later, Tanvi teamed up with Prachi Nadkarni to beat J Kesika and Sharon Paul 6-4, 6-2 for the under-16 girls' doubles title. 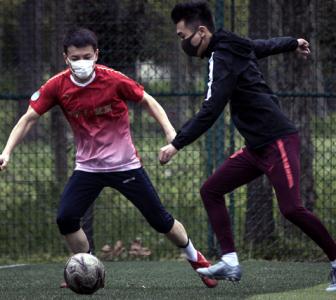