World record holder Shahzar Rizvi on Tuesday claimed India's first medal at the ongoing ISSF World Cup in Changwon, winning the 10m air pistol silver, while the Commonwealth Games' medal-winning duo of Jitu Rai and Om Prakash Mitharwal could not even qualify for the final.

Rizvi won the silver in the 10m air pistol event on day three of the year's second World Cup (Rifle/Pistol/Shotgun stage). He missed the gold by 0.2 points to Russia's Artem Chernousov. Samuil Donkov of Bulgaria won the bronze.

"Happy Bday to legend & inspiration to every sport person @sachin_rt (Sachin Tendulkar) sir. And what a day I myself have won Silver Medal in #ISSFWC changwon (KOR)," Rizvi tweeted.

In the 24-shot final, Rizvi was 0.2 adrift of the Russian before the final shot. Both delivered scores of 10.0 to ensure that the order remained intact.

Artem finished with a score of 240.0 and Rizvi shot 239.8. Bulgarian Samuil Donkov was eliminated in bronze medal position after the 22nd shot on a score of 217.1.

The men's 10m air pistol saw many a big names fall by the wayside in the 87-strong qualification field.

Rizvi shot a score of 582 out of 600 to make it to the eight-man final in the sixth place. However, CWG gold-medallist Rai and bronze-medallist Mitharwal finished 38th and 11th with scores of 575 and 581 respectively.

In the men's Trap, India's Manavjit Singh Sandhu shot 117 out of 125 in qualification to be the best Indian finisher in 24th spot, while Kynan Chenai shot 115 to end in 36th place.

Zoravar Singh Sandhu was further back in 41st on a score of 114.

With Rizvi's silver, India got onto the board at the Changwon International Shooting Centre with eight more finals left to play over the next five competition days.

A 29-year-old chef who collapsed while running in Sunday's London Marathon has died in hospital, event organisers said on Monday.

Matt Campbell went down 22.5 miles into the race and was treated by doctors before being rushed to hospital.

Campbell, who completed the Manchester Marathon this month in under three hours, was running in memory of his father Martin who died two years ago.

"Everyone involved in the organisation of the London Marathon would like to express our sincere condolences to Matt's family and friends," organisers said in a statement.

"The exact cause of death will be established by later medical examination."

John Coates, chairman of the IOC's Coordination Committee for the 2020 Tokyo Olympics, told organisers on Monday that stakeholders may lose confidence in their ability to host the Games if they do not answer questions about preparations.

“We enter a phase where questions from stakeholders become very pragmatic and very urgent,” said the Australian in his opening remarks ahead of the two-day meeting.

“I wasn’t at SportAccord but I have read and I know that your delegation experienced this from the international federations that were there, with some very pertinent questions.

“I say this as a friend: you can expect more of this.”

Over 200 NOCs will visit Tokyo in November and Coates expected it to be a challenging time for organisers.

“They are going to want answers and so you have to be prepared to answer these questions when they are raised. If you don’t, these are the sorts of things that can impact the confidence of our stakeholders in your ability to host the Games,” said Coates.

“That is very hard to come back from, once that momentum starts to build.”

The Project Review meeting comes following a decision made in December to update the projected budget for Tokyo 2020, involving a reduction of $1.4 billion in total costs.

Games organisers have been working to slash costs after a study in 2016 warned that expenses could balloon to four times the initial estimate made in the bid process.

The IOC is keen for Tokyo to set a good example by cutting costs in order to attract future candidate cities but Coates stressed that the second version of the budget was not solely about reducing costs. 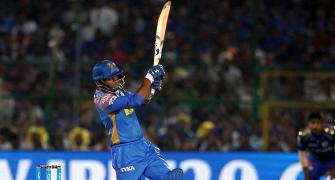 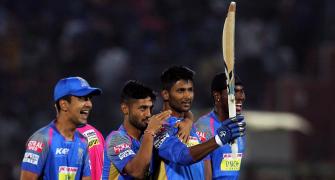 'Gowtham's knock was a life-time experience' 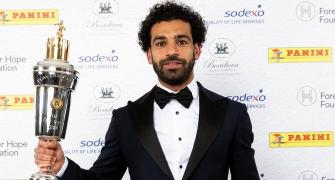 Here's why this Pakistan cricketer is being trolled