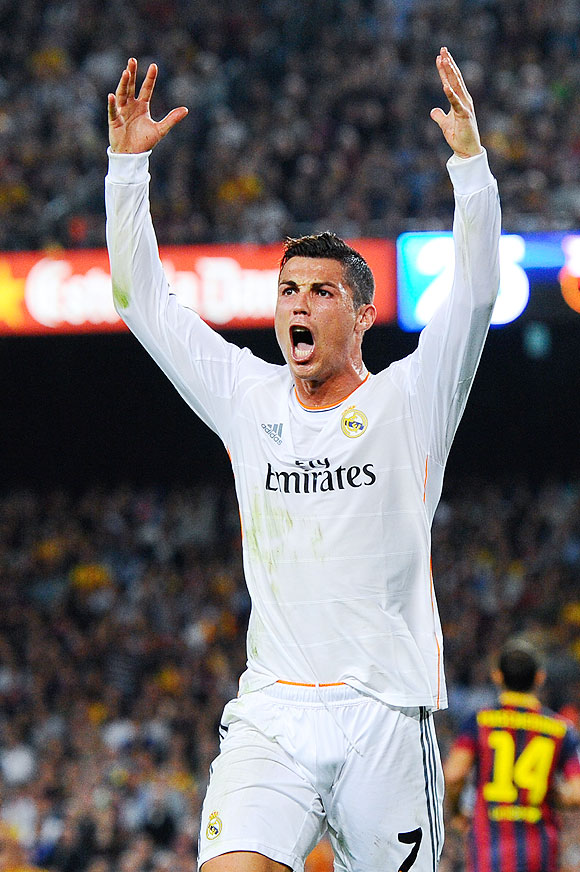 Cristiano Ronaldo, the Portuguese Football Federation (FPF) and Real Madrid have responded angrily to comments from FIFA president Sepp Blatter that appeared to make fun of the Real and Portugal forward.

Blatter, who was forced by the reaction to apologise while insisting he meant no disrespect, was asked at the Oxford University Union in England on Friday for his opinion on Ronaldo and Barcelona's World Player of the Year Lionel Messi.

The 77-year-old Swiss said they were both exceptional athletes but added that, unlike Messi, Ronaldo resembled "a commander on the field of play".

He then rose from his chair and strutted on the stage in military fashion in apparent imitation of the Portuguese.

"One (Ronaldo) has more expenses for the hairdresser than the other but that doesn't matter," he added to widespread laughter. "I cannot say who is the best, there will again be a contest this year - I like both of them but I prefer Messi."

Ronaldo, who was the last player to land the World Player award in 2008 before Argentine Messi won four in a row, posted a link to a video of Blatter's comments and a heavily ironic response on his Facebook page on Tuesday.

"This video shows clearly the respect and consideration that FIFA has for me, for my club and my country," Ronaldo wrote.

"Much is explained now. I wish Mr. Blatter health and a long life, with the certainty that he will continue to witness, as he deserves, the successes of his favourite teams and players."

"It was with surprise I watched and analysed the words of Sepp Blatter about the captain of our national team," Gomes said in a statement.

"I think the comments... show a clear lack of respect both towards Ronaldo and Portugal, a country that lives its football intensely."

Gomes also said it was "inappropriate" that only a few days before Ronaldo was nominated as a candidate for FIFA's World Player award on Tuesday, the head of soccer's governing body expressed a preference for Messi, who is also a candidate.

"We sent FIFA a letter asking for the president to tell us what are the real intentions of his words since we do not understand how he could make such comments," added Gomes. 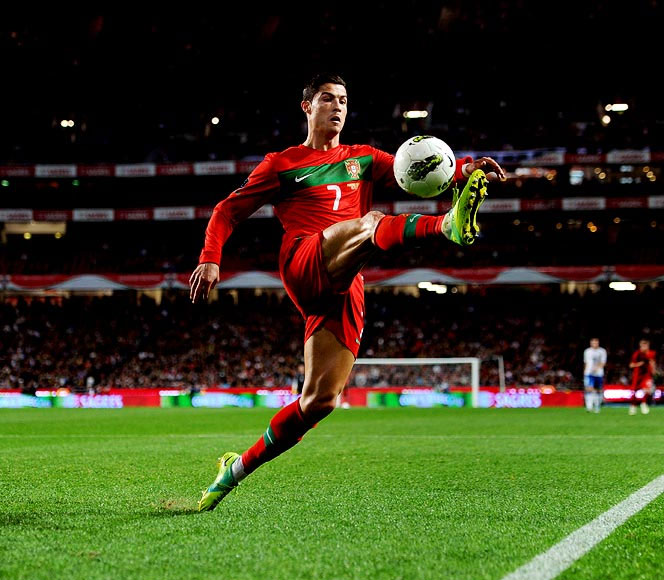 Earlier, Real coach Carlo Ancelotti said club president Florentino Perez had written to Blatter to ask for clarification of remarks the Italian said showed "a lack of respect to a very serious and very professional player".

The FIFA chief's comments were "unfortunate and unacceptable" and had caused "enormous disappointment" to the club and their fans, Perez wrote.

Blatter's admission that he preferred Messi over Ronaldo could also affect the voting for the World Player award, due to be announced in January, the construction magnate added.

Blatter, who also referred to Messi as "Leonard" during his appearance in Oxford, wrote in his reply to Perez that he had been surprised by the reaction.

"I want to make clear that for me Cristiano Ronaldo is at the same level as Messi and that the two are exceptional players, each in their own way," he added.

"I regret very much that this situation arising from a university event is causing so much pain and I apologise for that. It was never my intention to annoy or show a lack of respect to Real Madrid, or one of their players or their fans."

Ancelotti said he was "completely in agreement" with Perez.

"I haven't spoken to Cristiano Ronaldo about it," he told a news conference ahead of Wednesday's La Liga home game with Sevilla.

"He trained very well today, as always. He is showing every day he is a great player and that he respects everyone."