IMAGE: PV Sindhu has been a formidable force in the world. Photograph: David Ramos/Getty Images

India's top badminton star P V Sindhu says she is working to acquire new skills and techniques to surprise her rivals, who are at the same level with distinct playing styles, at the Tokyo Olympics.

The Rio Olympics silver medallist and world champion feels the coronavirus pandemic-induced break has given her the much-needed time to rectify mistakes in her game and add something new to her repertoire.

Her nemesis and reigning champion, Carolina Marin, will not be there due to a knee injury, but Sindhu knows the field still remains tough.

"In women's circuit the players in top-10 are of same standard. You can't take it easy, if one player is not there," Sindhu, the world number seven, said in a virtual interaction, organised by the Sports Authority of India (SAI).

"There is Tai Tzu Ying, Ratchanok Intanon, (Nozomi) Okuhara and (Akane) Yamaguchi. They are all good players. You can't say, it will be easy if one player is missing. I can't relax and need to be focussed and give my best," the 25-year-old said.

Sindhu had lost the 2016 Olympics final and 2017 World Championship summit clash to Marin.

"There are a couple of tricky players like Ratchanok, she is very skilful. We have to look after them."

"For me, it's a very good time to improve my technique and skill. I have improved. It's good that I have got so much time. Usually we don't get time to rectify mistakes or learn new skills."

"It takes time. So this was the time and I am using it. I hope, in the Olympics, there will be some new techniques and skills."

Sindhu said she and others have to watch out for the Chinese players as well since they have been missing from the circuit for some time.

"They have not played for a long time. We have not seen them. Chen Yu (Fei) and He Bing Jiao, the left hander, her skills are good. In Olympics, it's completely different, the game, the pressure. You can't expect easy (rivals)."

Asked about her own strong points that may give her advantage over others, Sindhu said her game is always about relentless attacks.

"Attack is my strong point. The rivals know my game so I am working on my defence as well. I am tall, so my attack is good. I have to be prepared for all strokes, for everything," she said.

The Hyderabadi said training at the Gachibowli Stadium is ideal preparation for the Games since the facility is huge and gives her the feel of stadiums where big-ticket events like the Olympics are held.

"We might not know each other's game now because we have not played for the last two months. I have been playing at Gachbowli after the Thailand Open and it has been really helpful because it is international standard."

"When you play in a big stadium, you have to make sure you control the shuttle and drift which is very very important. When you go abroad, shuttles drift, there's is AC and shuttle might (travel) fast. So when you have the facilities why not use them," she said.

Talking about Saina Nehwal and Kidambi Srikanth missing out on the Olympics due to cancellation of the qualifying events, Sindhu sympathised with her compatriots.

"It would have been good if they were there. No one knew that there will be such a situation. Everyone tried hard but the tournaments were unfortunately cancelled because of the safety of the athletes. Life comes first."

"At Olympics also, we will be tested everyday."

Sindhu said she does not feel any pressure of being the lone woman shuttler from the country but is aware of the expectations.

She also said that she is much more experienced and can handle the big stage better since the Rio Olympics.

"Last time around I did not even know how the Olympic village would be but now I know how it is there."

Sindhu said while she has empathy for Japanese tennis star Naomi Osaka, who pulled out of French Open after being fined for missing a mandatory press conference, she also spoke about the pressure media interactions put on her. However, she herself has not felt the same.

Sindhu also praised her Korean coach Park Tae Sang for understanding what's going on in her head and for his consistent support. 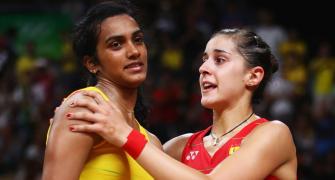 I will miss you at Olympics: Sindhu tells Marin 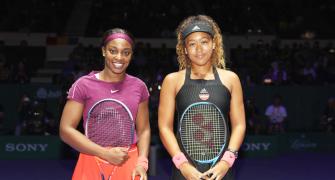 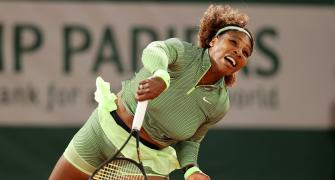 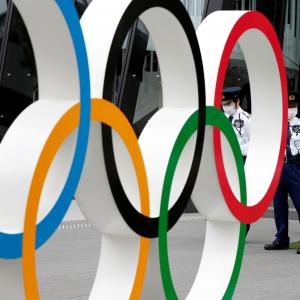 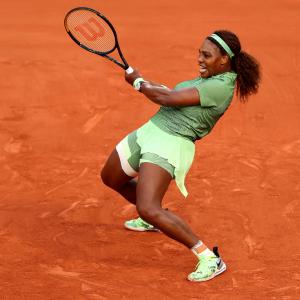