India’s P V Sindhu secured a straight-game win over Chinese Taipei's Tai Tzu Ying to reach the quarter-finals of the Denmark Open in Odense on Friday. 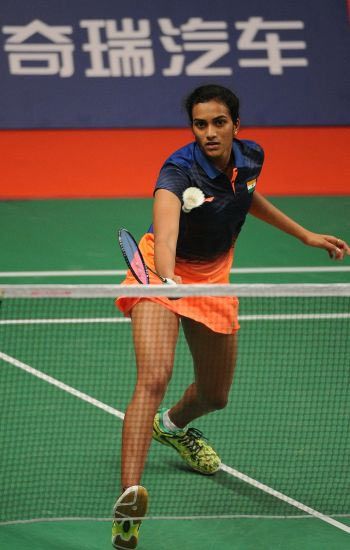 The world No. 13 Sindhu, reversed her record against Ying (she lost in all three meetings against the Chinese in the past), securing a dominant 21-12, 21-15 win over the third seed in a women's singles match that lasted 34 minutes at the $650,000 Super Series Premier event.

The Hyderabadi will next take on sixth seed and former World No 1 Chinese Wang Yihan.

Sindhu has lost to Yihan four times already and the only time she had beaten the Chinese was at the World Championships in 2013.

Sindhu produced a dominating game against Ying, taking a 4-2 lead early on. She then kept extending the lead to eventually seal the opening game.

In the second game, Ying tried to put up a fight and opened up a slender 4-2 lead but the Indian clawed back in no time and broke off at 8-8 to move to 14-9 lead.

Ying narrowed down the lead to 13-14 but she could never wrest control as Sindhu marched on to shut the door on her higher-ranked opponent.