Sharapova advances in Auckland, Kuznetsova out

Top seed Maria Sharapova delivered an enigmatic performance but still advanced to the quarter-finals of the Auckland Classic with a 6-3, 7-5 victory over Renata Voracova of the Czech Republic on Wednesday.

Third seed Svetlana Kuznetsova, the other grand slam title winner in the field, was bundled out 2-6, 6-4, 6-4 by China's Peng Shuai after she squandered a three-games lead in the final set in the first match on centre court.

Seventh seed Elena Vesnina withdrew from her match against Romania's Simona Halep with dizziness while trailling 0-4 in the third set, while Spain's Carla Suarez Navarro was beaten 7-6, 6-1 by British qualifier Heather Watson.

Sharapova followed Kuznetsova on to the newly laid blue Plexicushion courts and after going 3-1 down in the first set she blasted the 27-year-old Voracova away, barely losing a point in the final four games of the set.

The second set was just as erratic, with Voracova jumping out to a 5-3 lead before the US-based Russian stormed back to win the next four games and book a quarter-final against Hungary's Greta Arn.

Kuznetsova, however, will make an earlier than planned flight to Sydney after she failed to capitalise on her opportunities against Peng.

She romped through the first set but tightened up in the second to let the Chinese player force the second-round match into a decider.

Kuznetsova raced to a 3-0 lead in the final set but again failed to hammer home the advantage and instead Peng ground the 25-year-old Russian down, sealing the victory in two hours, 13 minutes.

"The only person I can blame is me because I was leading all the time," Kuznetsova told reporters.

"The first set I won easy, the second set I got a break and when you don't take chances, your opponent will.

"She played great today but I had so many possibilities. Even though I lost the second set I was leading 3-0 in the third and (it was like) ... I was stopping every time when all I needed to do to close it was take that one more step," she added.

© Copyright 2022 Reuters Limited. All rights reserved. Republication or redistribution of Reuters content, including by framing or similar means, is expressly prohibited without the prior written consent of Reuters. Reuters shall not be liable for any errors or delays in the content, or for any actions taken in reliance thereon.
Related News: Svetlana Kuznetsova, Peng Shuai, Maria Sharapova, Renata Voracova, Carla Suarez Navarro
COMMENT
Print this article 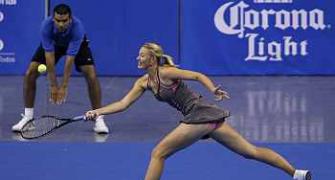 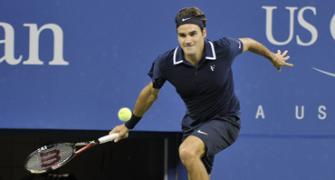 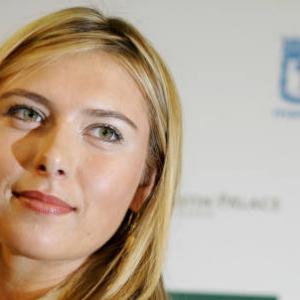 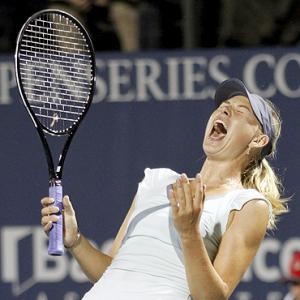