19-year-old Bianca Andreescu is playing in just her fourth main draw at a Grand Slam having never before ventured beyond the second round. 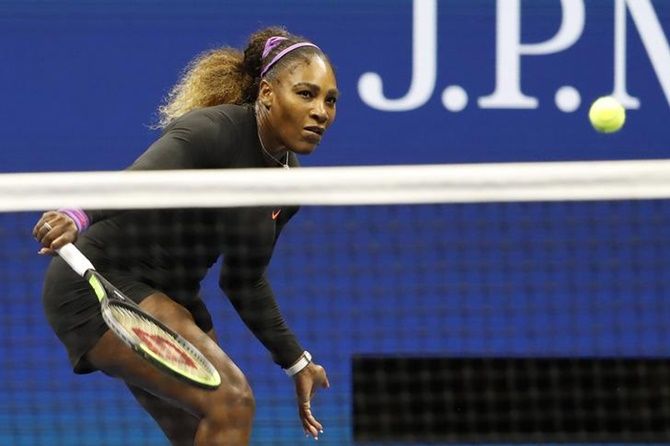 IMAGE: Serena Williams hits a volley against Elina Svitolina of Ukraine during her semi-final at the US Open. Photograph: Geoff Burke-USA TODAY Sports/Reuters

A clash of generations will decide the US Open on Saturday with Serena Williams taking a fourth crack at Grand Slam history against teenager Bianca Andreescu, who was not even born when the American lifted her first Flushing Meadows trophy.

One short of equalling Margaret Court's record of 24 singles Grand Slam titles, Williams will be hoping that the fourth time is the charm after three agonizing near misses since returning to action following the birth of her first child.

Already the oldest Grand Slam finalist in the Open era, Williams will celebrate her 38th birthday in three weeks while her 19-year-old Canadian opponent will not be able to celebrate a victory with a drink at New York City bar for two more years.

"It is just surreal I don't know what to say it is a dream come true to play Serena in the finals of the US Open," said Andreescu following her 7-6(3), 7-5 semi-final win over Swiss Belinda Bencic on Thursday. "It's crazy."

At the end of last year Andreescu sat an anonymous 178th in the world rankings and lost in the first round of US Open qualifying.

On Saturday she will step out onto Arthur Ashe Stadium tipped by many as the heir to Williams' crown as the queen of women's tennis.

Just the second Canadian woman after Eugenie Bouchard to play in a Grand Slam final, Andreescu has rarely looked out of place on the big stage.

Her breakout season has seen her already win two of the WTA Tour's elite events in Indian Wells and Toronto while her run to the US Open final has only confirmed her status as the next big thing.

More remarkably the 19-year-old is playing in just her fourth main draw at a Grand Slam having never before ventured beyond the second round. IMAGE: Canada's Bianca Andreescu reacts after defeating Belinda Bencic of Switzerland in the semi-finals of the 2019 US Open. Photograph: Robert Deutsch-USA TODAY Sports

The final will pit power against power with Andreescu having demonstrated she is well equipped to go toe-to-toe with the game's big hitters and few in the history of the sport have delivered more punishment from the baseline than Williams.

The two have met just once before in the final of the Rogers Cup in August but there is little to be gleaned from the encounter with Williams quitting with back spasms while down 3-1 in the opening set.

"She really knows how to mix up the game and play different shots in different ways," said Williams assessing her opponent. "She's a great player.

"You never know what is going to come from her.

"She serves well, moves well, has a ton of power. She's very exciting to watch."

The atmosphere inside Arthur Ashe Stadium on Saturday is sure to be supercharged with memories of last year's chaotic and controversial final, that saw Naomi Osaka's victory overshadowed by an explosive confrontation between chair umpire Carlos Ramos and an enraged Williams, hanging in the air.

That match saw Williams deducted a point and later a game for her behavior, which included a smashed racket and calling Ramos a "liar" and "thief".

At her first press conference Williams said she did not know a Carlos Ramos and on Thursday, when asked if she had learned any lessons from last year, batted the question answering: "It hasn't really crossed my mind".

© Copyright 2021 Reuters Limited. All rights reserved. Republication or redistribution of Reuters content, including by framing or similar means, is expressly prohibited without the prior written consent of Reuters. Reuters shall not be liable for any errors or delays in the content, or for any actions taken in reliance thereon.
Related News: Serena Williams, Bianca Andreescu, Carlos Ramos, Belinda Bencic, IMAGE
SHARE THIS STORYCOMMENT
Print this article 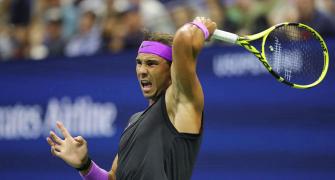 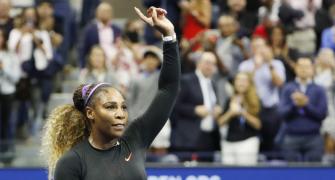 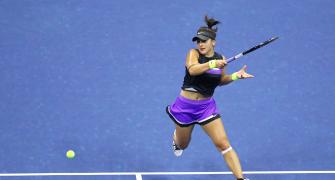 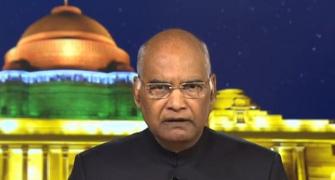 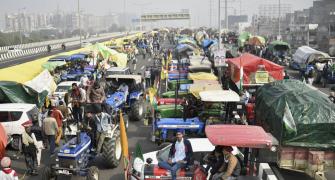 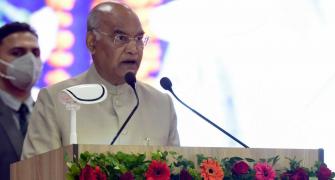 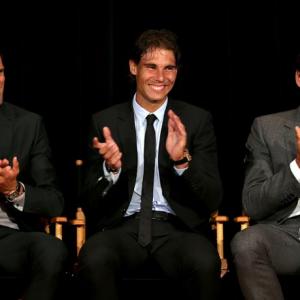 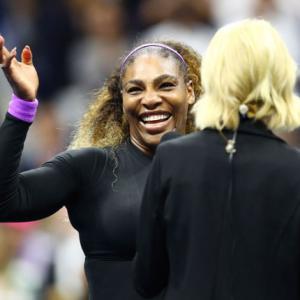