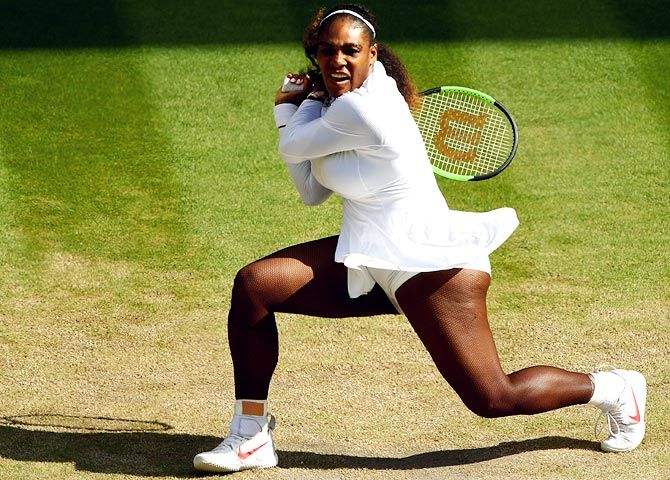 Serena Williams has made a career out of defying adversity so it should be no great surprise if, 10 months after a complicated childbirth, she reclaims her Wimbledon title on Saturday.

Germany's experienced Angelique Kerber stands in the way of the 36-year-old American and an eighth, and arguably most impressive, All England Club singles crown which would see her match Margaret Court's all-time record of 24 Grand Slam titles.

Williams, seeded 25th after her maternity break, would not be the first player to take time off to have a baby and return to win Wimbledon but it has not happened for 38 years since Australian Evonne Goolagong beat American Chris Evert in 1980.

It did not happen again in any Grand Slam until Belgian Kim Clijsters won the 2009 US Open after having daughter Jada. 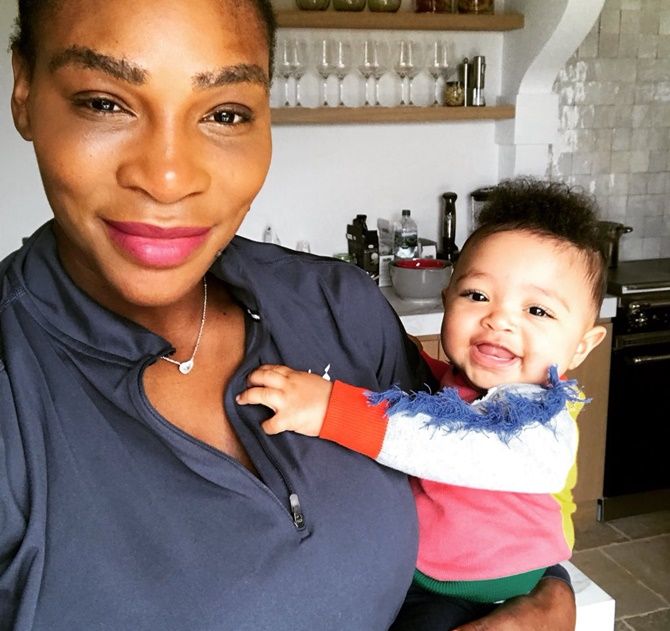 IMAGE: The 36-year-old is back in a Grand Slam final just 10 months after giving birth to her daughter Alexis Olympia. Photograph: Kind courtesy, Serena Williams/Twitter

But it has not even been a year since Williams spent six days in hospital after giving birth to daughter Alexis Olympia by emergency C-section and then needing surgery to prevent blood clots entering her lungs with potentially fatal consequences.

Even for a player who missed eight months due to knee surgery after her 2003 Wimbledon win, another six in 2006, which she later blamed on depression, and had a year out after lacerating her foot on broken glass following her 2010 Wimbledon triumph, this comeback has perhaps been her biggest challenge.

"It's no secret I had a super tough delivery. I lost count after, like, four surgeries because I was in so many. It was just routine every day," Williams said after reaching her 30th Grand Slam final by beating Germany's Julia Georges.

"Because of all the blood issues I have, It was really touch-and-go for a minute. It was tough. There was a time I could barely walk to my mailbox.

"A lot of people were saying, 'Oh, she should be in the (Wimbledon) final'. For me it's such a pleasure and a joy because less than a year ago I was going through so much stuff." Nine-time champion Martina Navratilova said victory on Saturday would be the "biggest triumph of her career."

Williams became the oldest woman to win Wimbledon two years ago, beating Kerber in what was their last meeting.

Williams watched Wimbledon from afar last year when her sister Venus lost to Spain's Garbine Muguruza but, in truth, it feels as if she has never been away after she dropped only one set as she progressed to a 10th Wimbledon final.

Unbeaten here since 2014, Williams is on a 20-match winning streak on the lawns and is moving as smoothly and striking the ball as crisply and as powerfully as at any time in her career.

She has delivered 44 aces and won 80 percent of first serve points and looks unstoppable. 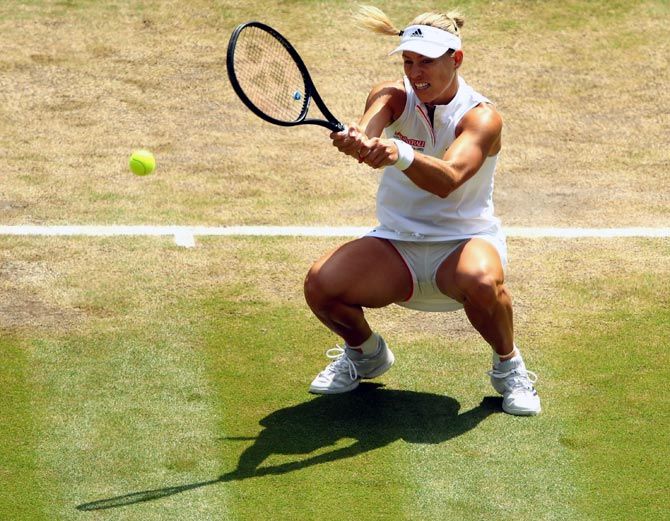 But 30-year-old Kerber, seeded 11th, will not walk on as a mere prop for another Williams milestone.

She is by far the most dangerous player the American has faced so far this fortnight and is on something of a comeback trail herself after a slump in 2017.

The left-hander lags behind Williams 6-2 in their previous meetings but one of her wins was in the Australian Open final in 2016, a year in which the German also claimed the U.S. Open and battled Williams in the Wimbledon final.

A game built on rugged defence, counter-punching and a tricky leftie serve gives her a chance of throwing Williams off her relentless stride. But she needs the match of her life.

"Kerber maybe edges it on movement, but Serena wins everything else: serve, return of serve, pace, variety, experience, you name it," Navratilova said.

"Serena loves to turn it up a notch at every level and very few players can hold their nerve."

© Copyright 2021 Reuters Limited. All rights reserved. Republication or redistribution of Reuters content, including by framing or similar means, is expressly prohibited without the prior written consent of Reuters. Reuters shall not be liable for any errors or delays in the content, or for any actions taken in reliance thereon.
Related News: Serena Williams, IMAGE, Angelique Kerber, Alexis Olympia, Martina Navratilova
SHARE THIS STORYCOMMENT
Print this article 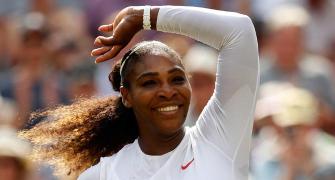 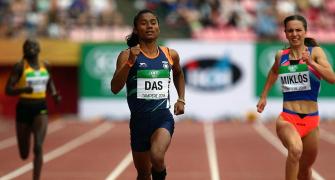 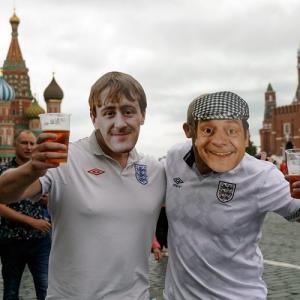 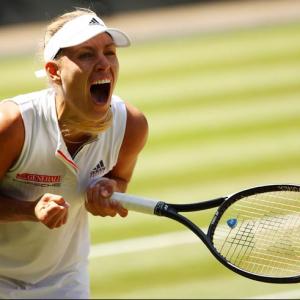