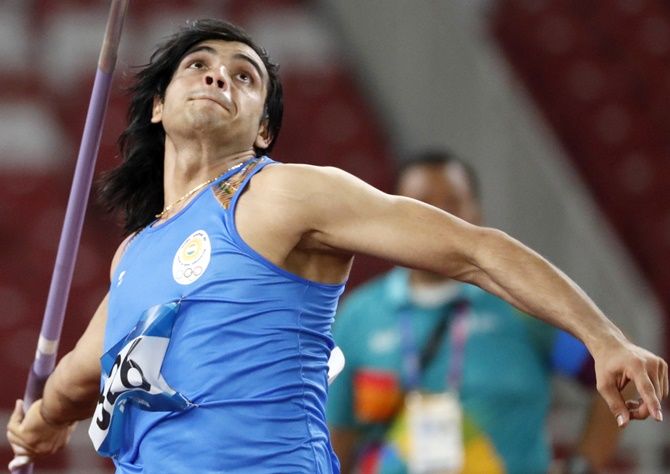 Neeraj Chopra became the first Indian javelin thrower to win an Asian Games gold medal as he shattered his own national record by clearing a distance of 88.06m, in Jakarta, on Monday.

Chopra's gold is India's only second medal in javelin throw in Asian Games history after Gurtej Singh won a bronze in 1982 in New Delhi.

The 20-year-old's wining threw came in his third attempt. He began with 83.46m and fouled the second attempt.

Liu Qizhen of China was a distance second with a best throw of 82.22m while Pakistan's Arshad Nadeem won the bronze with a 80.75 effort.

The Commonwealth Games and reigning Asian champion completely dominated the competition as he bettered his own national record of 87.43 which he had come up with in Doha during the first leg of the Diamond League series in May. None of the competitors in the field had a 85-plus throw this season.

Chopra's biggest rival was expected to be Chao Tsun Cheng, who last year recorded a throw of 91.36m but the Chinese Taipei thrower could manage a best of 79.81 to finish fifth.

Chopra, the world junior record holder of 86.48, has been in tremendous form this season as has consistently crossed the 85m mark.

He won the Federation Cup in March with 85.94m, clinched a gold in the Gold Coast Commonwealth Games with a throw of 86.47m, before the 87.43 effort in Doha. Before coming here, he had 85.17 and 85.69 in France and Finland during his preparations for the Asian Games.

Although, he won the gold quite easily, Chopra said the competition was tough.

"It was not easy. Good throwers had come but they could not perform well. I had prepared well and wanted to create an Asian Games record but the height of javelin was an issue and that is why I could not get the desired distance," Chopra said.

The Asian Games record is 89.15m, which Zhao Qinggang of China had set in 2014 in Incheon.

"But it was still is a national record, so I am happy. I will try to better it further," said Chopra.

Talking about his national record-breaking throw, Chopra said, "All things need to come together for a successful throw. Only when technique and speed is perfect, you get it and it happened it in the third attempt."

Chopra said he did not have any particular target in mind, coming into the Asian Games.

"I don't take pressure by setting targets. I had a gold in World Junior Championships, Asian Championship and at the CWG, but this is my biggest medal so far. The World Championship gold was at junior level, so this is big," he said.

Neeraj said the recent death of his former coach Gary Calvert shook him.

"He (Calvert) had told me we will meet at the Asian Games. I was in Finland when I got the news of his death. What can one do, it's God's will. We can't interfere," he said.

Chopra will next compete in Diamond League Final in Zurich on August 30. 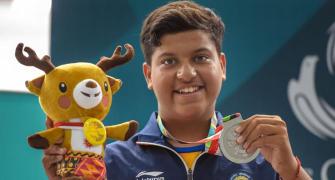 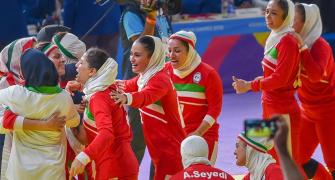 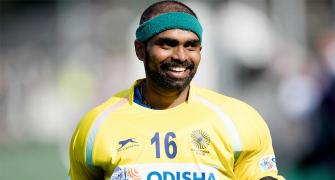 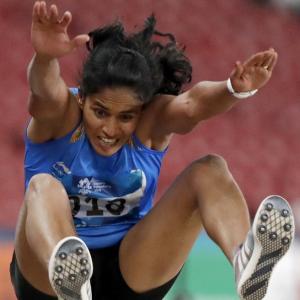 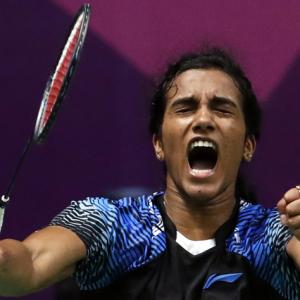