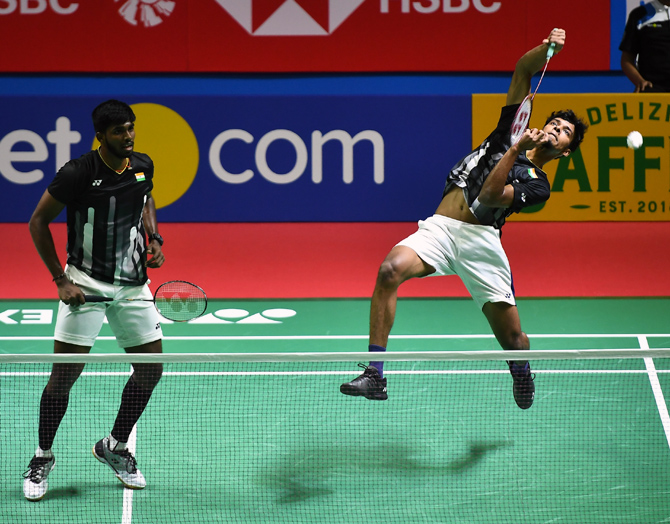 The men's doubles pair of Satwiksairaj Rankireddy and Chirag Shetty kept alive India's challenge at the China Open by progressing to the semi-finals of the BWF World Tour Super 750 event in Fuzhou on Friday.

Satwik and Chirag will take on top seeds and World No. 1 Marcus Fernaldi Gideon and Kevin Sanjaya Sukamuljo of Indonesia in the semi-finals on Saturday. The World No. 9 Indians had lost to the same pair in the final of the French Open last month.

The first game of the quarter-final went down to the wire before Satwik and Chirag upped their game to get past the third seed Chinese pair.

The second game followed in a similar pattern as both the pairs matched each other stroke for stroke to be tied at 15-15. This was when Satwik and Chirag changed gears and capitalised on a few unforced errors from their opponents to pocket six straight points and seal the tie and a place in the last-four round.

This was Satwik and Chirag's third meeting this year with the World No. 3 Chinese duo. The Indians had got the better of the Chinese pair in Thailand Open in April before losing in the second round of the Australian Open in June.

Satwik and Chirag, who had won their maiden Super 500 title at the Thailand Open in August before reaching the French Open final last month, are the lone Indians left in the tournament. 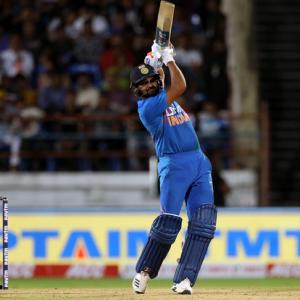