India's Sania Mirza clinched her second doubles title of the season after she combined with partner Bethanie Mattek-Sands to defeat Nadia Petrova and Katarina Srebotnik in the title clash of the Dubai Duty Free Tennis Championships, on Saturday. 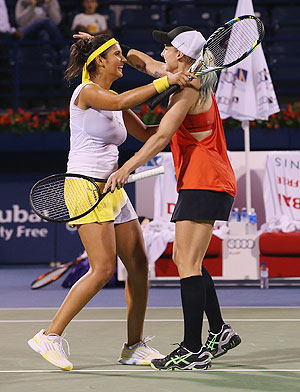 The match lasted for one hour and 32 minutes.

After a rather easy victory in the first set, the eventual winners were made to struggle as Petrova and Srebotnik fought back strongly to take the second set.

Sania and Bethanie, however, sealed the issue in their favour by winning the crucial third set.

The two players had won the Brisbane International last month to make a superb start to the 2013 season.

This was Sania's 16th championships doubles victory, and she also has one single title win.

Both pairs had two aces each but Petrova and Srebotnik, interestingly, committed just one double fault compared to three by the Indo-American duo.

As far as first service was concerned, the runner-up team's winning percentage was 68 compared to the winners' 62 per cent.

However, in the second service, Sania and her partner's winning percentage was 53 compared to the runner-up's 41 per cent.

Sania and Bethanie had to work hard for points as their opponents fought well throughout.

The total points won were 63 by Sania and Bethanie even as their opponents fell short by just one point. 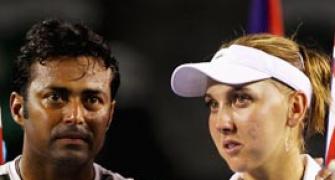 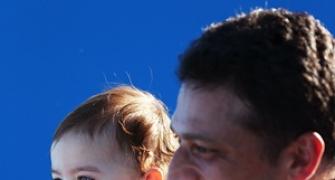 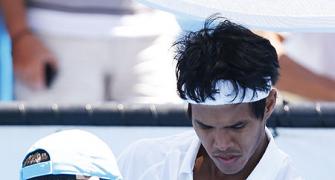 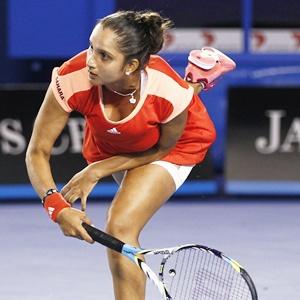 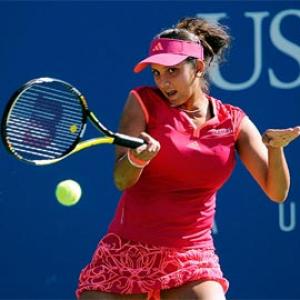 Sania pulls out of Fed Cup due to hip strain