Check out the gold medallists on Day 12 of the 2016 Olympic Games in Rio de Janeiro on Wednesday: 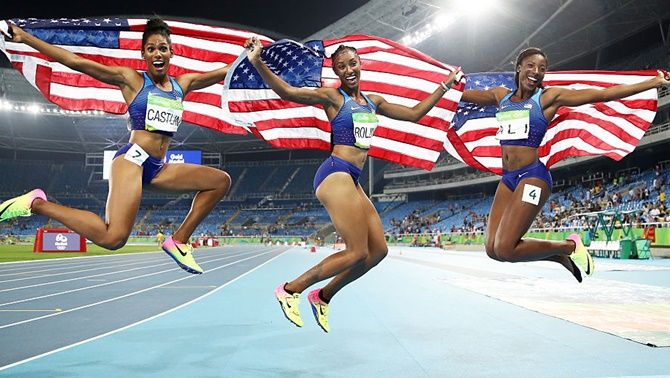 Brianna Rollins of the United States won the 100 metres hurdles gold in a time of 12.48 seconds on Wednesday, leading compatriots Nia Ali and Kristi Castlin in the event's first ever Olympic podium sweep.

Ali was clearly in second place when she crossed the line to take silver in 12.59 but Castlin faced a nervous wait before it was confirmed that she had taken bronze in 12.61. 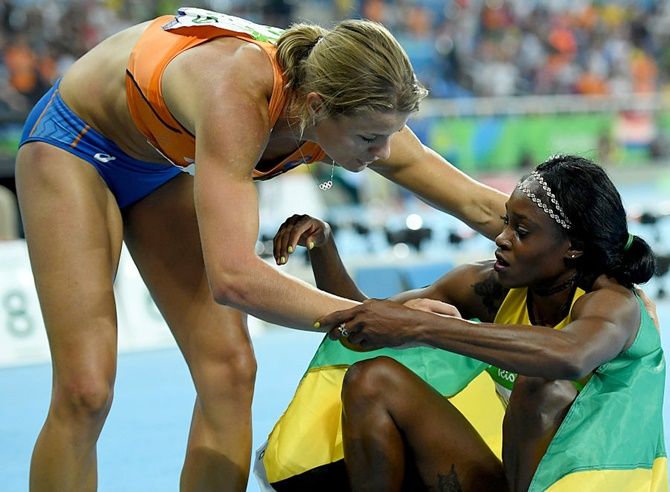 Jamaica's Elaine Thompson completed a memorable sprint double after storming to victory in the women's 200 metres final, blowing away the field with a season's best run of 21.78 seconds.

The 24-year-old 100m champion beat pre-race favourite Dafne Schippers of the Netherlands, who ran her fastest time of the season in the final but had to settle for silver. 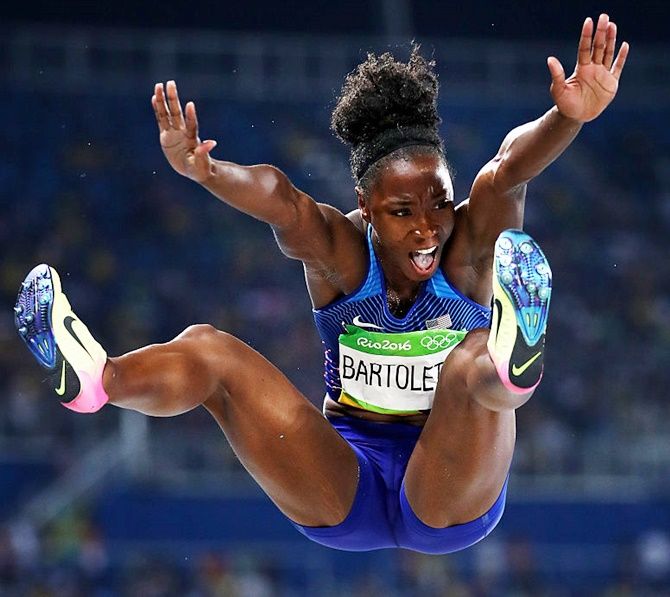 Tianna Bartoletta of the United States leapt a personal best of 7.17 metres to claim gold in the women's long jump.

Her American team mate and defending Olympic champion Brittney Reese battled it out with Serbia's Ivana Spanovic for second place, ultimately taking silver with a jump measuring 7.15 metres on her last attempt.

Spanovic went home with bronze after setting a national record of 7.08m.

Russia's Darya Klishina, the country's only track and field athlete in Rio, finished ninth after failing to make a mark beyond 6.63 metres.

Klishina had been carrying the medal hopes of her Russian team mates who were excluded from the Games following revelations of state-backed doping in the country, and only won an appeal against her own ban on Monday. 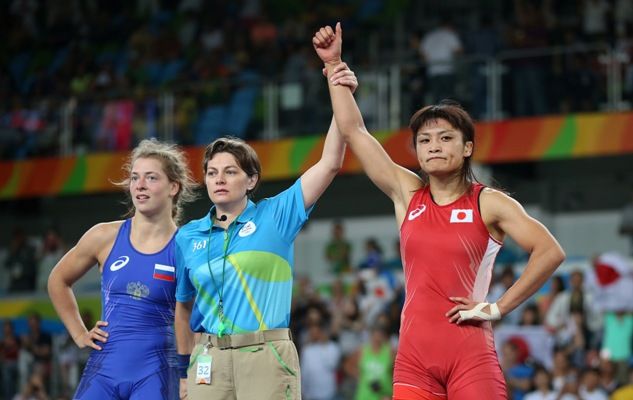 IMAGE: The referee raises the hand of Kaori Icho of Japan after her victory against Valeriia Koblova of Russia. Photograph: Toru Hanai/Reuters.

Icho, a 10-time world champions, thus became the first woman in any sport to win an individual-event gold medal in four Olympics. Kenya's Conseslus Kipruto stormed to victory in the men's 3,000 metre steeplechase final, ensuring the East African nation maintained its iron grip on the event it has won in every Games since 1984.

The 21-year-old produced a final lap sprint that saw him grab gold in an Olympic record 8 minutes 3.28 seconds.

Kipruto was so far ahead of his rivals that he started celebrating and waving to the crowd at the start of the final straight.

Evan Jager won a rare medal for the United States in the race - their first since 1984 - overtaking Kenya's double Olympic champion Ezekiel Kemboi in the last 50 metres to take silver. 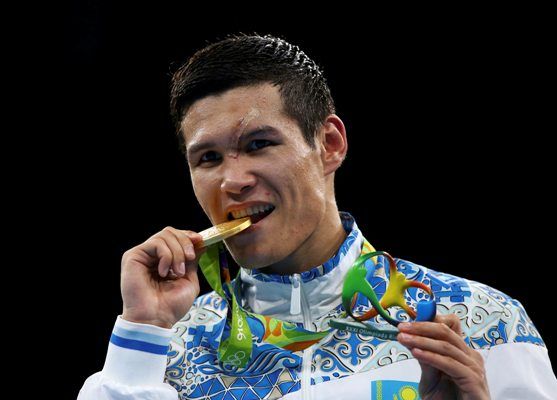 It was the fourth Games in a row that a Kazakh boxer had taken the welterweight gold. Serik Sapiyev won in London 2012, Bakhyt Sarsekbayev in Beijing in 2008 and Bakhtiyar Artayev in Athens in 2004.

France comes from behind to win jumping gold 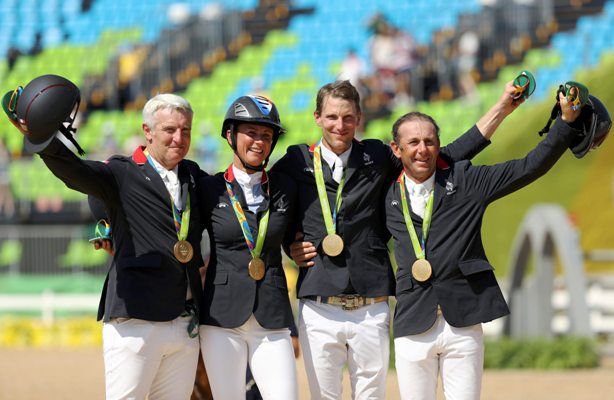 France came from behind to win the show jumping competition for its first team gold since 1976, after the four teams that had started the day in a tie for the lead withdrew riders or knocked rails down.

The United States got silver after Olympic veteran Beezie Madden withdrew due to an injured horse, meaning the United States lost the benefit of being able to drop its lowest score of four riders. Olympic debut rider Lucy Davis had a rail down for four faults.

Germany claimed bronze after its riders returned for a jump-off with Canada to break a tie. Daniel Deusser, the third of four Germans to jump, sealed the deal with a swift and clean round, sparing the final rider from jumping.

Germany, Brazil, the Netherlands and the United States were level going into the final round of the team competition in Deodoro park, while France started the day with two time faults from the previous round of jumping.

However, its riders left all the rails up to take gold on a tough course, despite scoring time penalties.

It has been a strong showing in equestrian competitions for the French, who also won the team eventing competition last week. 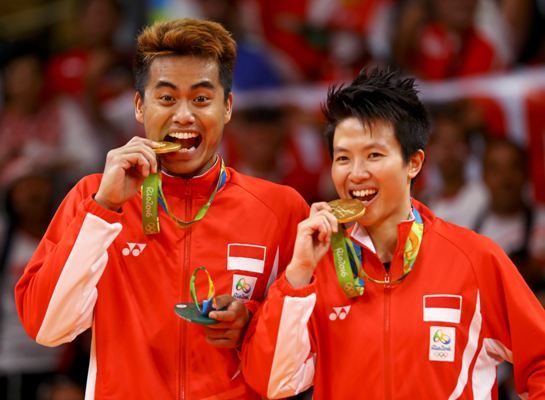 Ahmad Tontowi and Liliyana Natsir celebrated Indonesia's national day with a "gift" of a gold medal to their country after hammering Malaysia's Chan Peng Soon and Goh Liu Ying in the badminton mixed doubles final.

Roared to the title by dozens of feverish home fans, the world number three pairing pounced all over the Malaysians from the first point at the Riocentro and never dropped the pressure in the 21-14, 21-12 win.

"I feel speechless. I cannot say anything. I'm overwhelmed," said an elated Tontowi.

"The supporters were amazing because today is also Indonesia's independence day, so this is our gift to Indonesia."

Malaysia have waited 52 years for an Olympic champion but their hopes of breaking the drought were extinguished in just 44 minutes by the rampant Indonesians, who stormed to a 10-3 lead in the opening game before Goh and Chan could settle.

© Copyright 2021 Reuters Limited. All rights reserved. Republication or redistribution of Reuters content, including by framing or similar means, is expressly prohibited without the prior written consent of Reuters. Reuters shall not be liable for any errors or delays in the content, or for any actions taken in reliance thereon.
Related News: Reuters, IMAGE, Conseslus Kipruto, Tontowi Ahmad, Daniyar Yeleussinov
COMMENT
Print this article 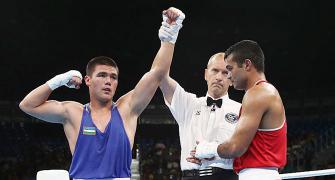 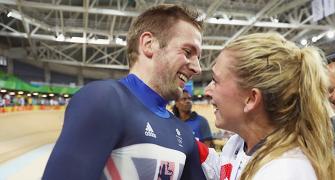 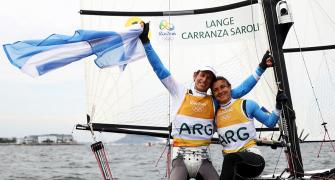 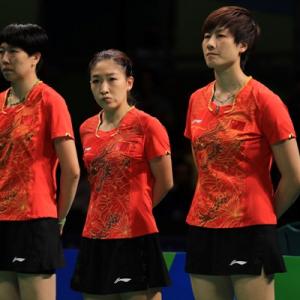