Nadal's participation in Tour finals in the balance

'It's not about London, it's about the longer term. It's important to play tennis as long as possible.' 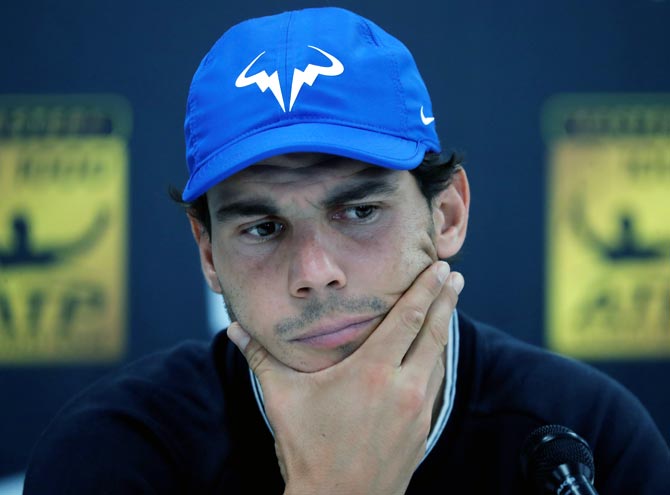 World number one Rafael Nadal's participation in the season-ending Tour finals hung in the balance when the Spaniard pulled out of the Paris Masters with injury on Friday.

Nadal told a news conference ahead of his quarter-final match against Serbian Filip Krajinovic that he is suffering from a right knee problem.

The 31-year-old said he would try his best to be present at the eight-man event that takes places from November 12-19 at the O2 in London but his focus is on the long term.

"I have to pull out. Of course it's a very tough decision for me, especially here in Paris, which has been the most important city in my career without a doubt," the 10-time French Open champion, who struggled with his knee in Tuesday's third-round win against Pablo Cuevas, said.

"It's a tough situation but I tried my best. I did one treatment yesterday night to try and play today."

Nadal, who has never won the Paris Masters, did not know yet whether he would be fit for London.

"It's not about London, it's about the longer term," he explained. "It's important to play tennis as long as possible."

Paris Masters tournament director Guy Forget acknowledged Nadal's withdrawal is a serious blow to an event often hit by late retirements at the end of the season, and said that the Spaniard's participation in the Tour finals is unlikely.

"I think I know that he is sceptical on his chances to play in London," said Forget, who added that Nadal had arrived in Paris in mediocre condition.

"He just started to move around the court again when he got here," he said.

© Copyright 2020 Reuters Limited. All rights reserved. Republication or redistribution of Reuters content, including by framing or similar means, is expressly prohibited without the prior written consent of Reuters. Reuters shall not be liable for any errors or delays in the content, or for any actions taken in reliance thereon.
Related News: Rafael Nadal, London, Paris, Serbian Filip Krajinovic, Pablo Cuevas
SHARE THIS STORYCOMMENT
Print this article 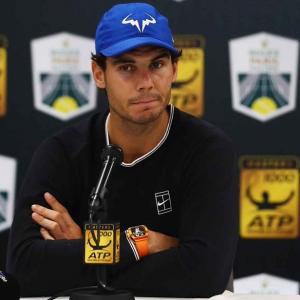 Nadal pulls out from Paris Masters 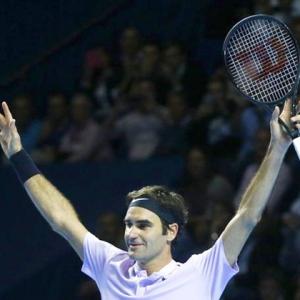