FIFA vice president Prince Ali Bin Al-Hussein has criticised soccer's world governing body FIFA for banning Iraq from hosting home internationals and called upon the organisation to do more for supporters in the Middle East.

Iraq hosted friendlies against Syria and Liberia earlier this year after FIFA lifted a previous ban, but it was reintroduced in July over security concerns in the war-torn country where two suicide bombers killed 60 people in the northern city of Mosul on Saturday. 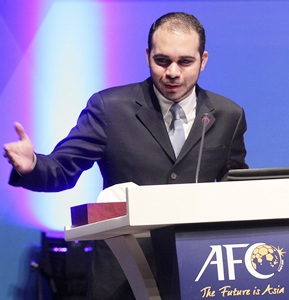 The 2007 Asian champions have long had to deal with the problem and hosted a majority of their 2014 World Cup qualifiers in Qatar and take on Saudi Arabia in a 'home' Asian Cup qualifying match in the Jordanian capital of Amman on Tuesday.

"I would like to emphasise that Iraq should be able to host friendly matches, whether in the south or the north," Prince Ali, also the president of the West Asian Football Federation (WAFF), said in a statement on Tuesday.

"There are other countries facing similar issues but are given the green light, there is no reason to exclude Iraq at this point."

Prince Ali, who has held his FIFA seat since 2011 and led the campaign to overturn the organisation's ban on the hijab and allow Muslim women players to wear the Islamic headscarf, was also frustrated by the Swiss-based body's attitude to his region.

Last month, Middle East media reported that Bahrain, Kuwait, Oman, Qatar, Saudi Arabia and the United Arab Emirates were unhappy and 'seeking a rectification' after FIFA changed how they described the Gulf region on their website, replacing 'Arabian' with 'Persian'.

"Allow me to stress that it is crucial for FIFA, which comprises more than 200 richly diverse members, to be mindful and respectful of cultural sensitivities," Prince Ali said.

"Respect of other cultures is indeed one of the core values of our beautiful game.

"Moreover, I would like to add that it is about time FIFA embrace the Arabic language as an official language, spoken by more than 300 million people in 22 Arab countries; all of which are members of the football governing body."

The region has been the talk of the soccer community of late with much debate about whether Qatar should host the 2022 World Cup in the Northern Hemisphere winter because of the risks posed to players in the searing temperatures there in June and July.

Questions were then raised as to whether the tiny gulf nation should have the event at all after a report by The Guardian newspaper in Britain said that dozens of migrant Nepalese workers had died in recent weeks.

"It my understanding that the organisers of Qatar 2022 have expressed in a letter to FIFA their full commitment to abide by international laws regarding labour conditions," the 37-year-old Prince added.

"It is also my understanding that (FIFA) president Sepp Blatter will be visiting Qatar soon and meeting with Qatar officials to gain a better understand of the issue.

"Regarding moving the Qatar 2022 World Cup to winter, I would like to add that while I believe the weather in winter will be ideal, I am confident that Qatar is capable of delivering an impressive tournament during either season.

"Nevertheless, this decision must be thoroughly studied and must be based solely on what serves football's best interest without any political or personal influences."

Blatter said last month that top European politicians had pressured FIFA into awarding the World Cup hosting rights to Qatar but Prince Ali hoped that soccer's governing body could avoid being leaned upon on other issues in his region.

"I would also like to welcome FIFA's decision to implement a communication mechanism between the Football Associations of Palestine and Israel," said the Prince, who was invited by Blatter to join the Task Force.

"It is crucial to respect that Palestine Football Association is a member association of FIFA and enjoys full privileges under FIFA statutes as an independent member. Lets not let politics affect the development of Palestinian football."

© Copyright 2021 Reuters Limited. All rights reserved. Republication or redistribution of Reuters content, including by framing or similar means, is expressly prohibited without the prior written consent of Reuters. Reuters shall not be liable for any errors or delays in the content, or for any actions taken in reliance thereon.
Related News: FIFA, Prince Ali Bin Al-Hussein, Qatar, Sepp Blatter, Palestine Football Association
COMMENT
Print this article 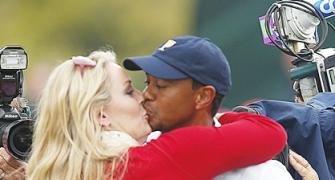 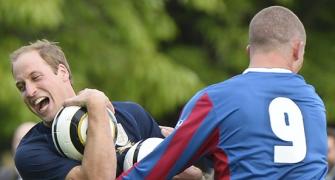 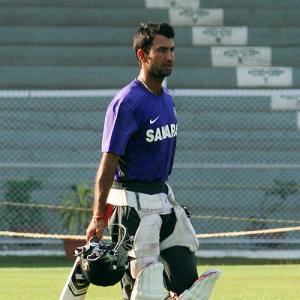 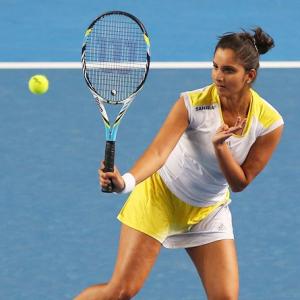 Now, Sania Mirza wants to be No 1 and win a women's Grand Slam