The All India Football Federation fully backs the IPL-style Premier League Soccer, to be held in Bengal, but wants "correct procedures" regarding the participation of active international stars, a top official said on Thursday.

Some media reports had suggested that the AIFF was not happy with the conduct of the tournament as the organisers did not keep the federation in the loop but general secretary Kushal Das has made it clear that the event has their backing except in matters concerning international players.

Das said the AIFF has given permission to the Indian Football Association (the West Bengal state association) to hold the tournament, which has attracted the likes of former and current international stars Fabio Cannavaro, Hernan Crespo, Robbie Fowler and Jay-Jay Okocha.

"We fully backed the tournament. We have given written permission to the IFA to hold the tournament. Our only concern is that we want correct procedures to be taken on the participation of international players," he said.

"A few international players are still active. We have to ensure correct international transfer management in their case. If there is any problem in their case, say if there arises any issues regarding their salary payment, FIFA will hold AIFF responsible. We don't want to tarnish the image of AIFF and Bengal football," he said.

He said the emergency committee of the AIFF, comprising the president, general secretary and five vice presidents, will meet here in the second half of this month to ensure that "correct procedures" are in place.

Das said that I-League players will not be allowed to take part in the seven-week PLS, likely to start next month.

"The understanding has been that the I-League players will not take part in the tournament," he said.

Das also said that the AIFF will not get any financial benefit from the tournament, touted as football's version of Indian Premier League cricket tournament.

IFA, on its part, said that contrary to what some media reports had suggested there was no rift with the AIFF on the conduct of the tournament and there was no hurdle in holding it.

"There was too much emphasis on Celebrity Management Group in the media and the AIFF felt that they were the organisers. We have conveyed them that it's IFA who is organising the tournament and CMG is only a commercial partner," IFA secretary Utpal Ganguli said.

"There was some confusion and we have made it clear. We have the written permission from AIFF to organise the event. I don't see any hitch at the moment. The tournament would go on," he said.

Ganguli said it's too late to change the name at this stage.

When contacted, CMG executive director Bhaswar Goswami also said the tournament will be organised by the IFA.

"I am third party in this. The tournament might have been our brainchild, but the IFA is organising the tournament. They are the officials of this. We are just helping them out," Goswami said. 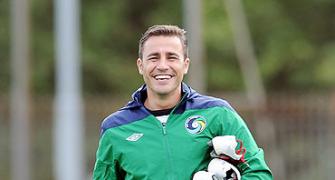 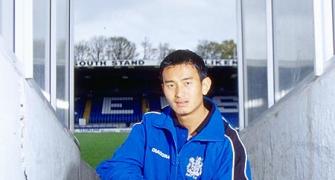 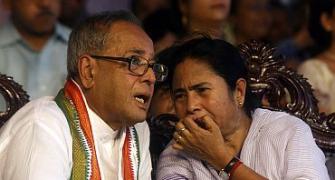 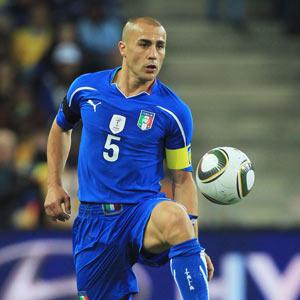