Images from Day 10 of the 2021 French Open at Roland Garros in Paris on Tuesday.

The Greek got revenge for his Australian Open semi-final loss to the Russian this year and improved his Grand Slam quarter-final record to 4-0 with a 6-3 7-6(3) 7-5 win that teed up a last-four clash against Germany's Alexander Zverev.

"It was a very close match and we both served pretty well," Tsitsipas said. "It was intense.

"I was playing against one of the best guys on the tour. I had to keep up the intensity and elevate my game throughout the entire match. I am happy to keep repeating, trying to go further."

Medvedev, who squandered two set points in the second set and only converted two of his eight break points, had not won a single match at the French Open prior to his run to the last eight this year.

Yet having finally found his feet on the red dirt, he had few chances against the 22-year-old Tsitsipas, who has had a superb clay season so far.

Tsitsipas, a winner in Lyon and Monte Carlo on clay this year, wrongfooted the Russian to convert his first break point for 3-1 lead as he comfortably held serve in the first set.

Medvedev, who made 44 unforced errors in the match, almost twice as many as the Greek, saved a Tsitsipas set point at 5-2 but the fifth seed wrapped it up a game later with a volley.

Tsitsipas then won 11 straight points to break the Russian again early in the second set and cruise to a 3-1 lead.

Yet his opponent launched a comeback, bagging his own first break en route to a three-game run.

Medvedev improved his first-serve percentage and even carved out two set points but his opponent saved them to hold and force a tiebreak.

Tsitsipas survived his second set wobble to clinch it with a volley on his first set point.

The pair traded breaks in the third before Tsitsipas broke again, winning on his first match point following an underarm serve from Medvedev.

Alexander Zverev settled some early nerves before beating Spain's Alejandro Davidovich Fokina 6-4, 6-1, 6-1 to reach the semi-final of the French Open for the first time on Tuesday.

After his frustration wore off following an early argument with chair umpire Alison Hughes over a line call, Zverev clicked into gear while an increasingly despondent Fokina wavered.

Sixth seed Zverev, the first German to reach the last four at Roland Garros since Michael Stich in 1996, was simply too good for the world No. 46, who managed to hold serve only three times for his first appearance on court Philippe Chatrier.

Zverev will face either Greek fifth seed Stefanos Tsitsipas or world No. 2 Daniil Medvedev of Russia.

"Obviously it's very nice to be in the semi-finals but that doesn't satisfy me. I've been playing better and better and now we'll see what happens next," said Zverev.

Having been knocked out in the quarter-finals twice before, by Dominic Thiem and Novak Djokovic, Zverev stood a better chance against the lower-ranked Fokina.

The Spaniard, however, signalled his intentions by breaking in the first game, moving his opponent around and mixing it with drop shots.

Zverev broke straight back but looked out of sorts when the chair umpire corrected him on a line call, denying him another break.

Fokina, however, struggled with his service games as Zverev's confidence grew.

Hitting winner after winner while his 21-year-old opponent failed to keep the ball on court, Zverev raced to a routine win as he claimed his 15th consecutive set in Paris.

Russia's Anastasia Pavlyuchenkova finally reached a Grand Slam semi-final at the 52nd time of asking as she beat Kazakhstan's Elena Rybakina 6-7 (2), 6-2, 9-7 at the French Open on Tuesday.

Six times the 29-year-old had lost at the quarter-final stage of one of the four majors, but she used all her experience to overcome her doubles partner in a gruelling scrap.

Rybakina, 21, looked in control of her first Grand Slam quarter-final when she opened up a 4-1 lead in the first set but Pavlyuchenkova hit back to force a tiebreak.

The Russian took the momentum into the second set to level the match and kept her nose ahead in a tense finale.

Rybakina, who beat Serena Williams in the fourth round, held serve three times to stay alive in the third set.

But the 21st seed failed at the fourth time of asking, ending the contest in tame fashion with a double-fault.

Pavlyuchenkova will face fellow semi-final debutant Tamara Zidansek for a place in Saturday's final after the Slovenian also came through a long battle, against Spain's Paula Badosa.

Despite 12 WTA titles throughout her career Pavlyuchenkova has never made a big impact at a Grand Slam.

When Rybakina began as she finished against Williams on Sunday, calmly picking her spots to build a big lead, it seemed Pavlyuchenkova was heading for another quarter-final exit, having lost three at the Australian Open and one each at the other three Slams.

The Russian did well to claw her way back but the tiebreak got away from her as she went 5-0 down and a backhand return into the net gave up the set to her 21-year-old opponent.

Pavlyuchenkova, seeded 31, got the first break in the second set in the sixth game despite slipping over while hoisting a lob that Rybakina smashed into the net.

The third set came down to a battle of wills with Pavlyuchenkova edging it to reach a maiden Grand Slam semi-final in one fewer attempt than the record 53 needed by Czech Barbora Strycova when she did it at Wimbledon in 2019.

A match between two Grand Slam quarter-final debutants was full of momentum shifts, but it was world No. 85 Zidansek who handled the occasion better to claim victory.

Her previous two main draw appearances at Roland Garros had resulted in first-round losses, but having beaten former US Open champion Bianca Andreescu in the opening round she has gone from strength to strength on the red dirt.

"Of course it was a great opportunity for the both of us to get into the semi-finals," she said.

"But I guess I managed to keep my composure today a little bit better than her.

"But still, it was a tough battle in the end."

After initially being out-hit by Badosa and dropping her opening two service games, the 23-year-old Zidansek settled down and began to dictate with her accurate forehand.

Badosa saved a set point at 5-6 with a thumping forehand but then netted an attempted drop shot to lose the opening set.

Zidansek then led 4-2 in the second set but the big-hitting Badosa, ranked 35, began to unleash her baseline weapons and reeled off six games in a row to seize command.

Badosa, who was on a nine-match winning streak on clay having won the title in Belgrade the week before the French Open, looked favourite to win the decider when she led 2-0.

But former competitive snowboarder Zidansek stopped the rot just in time, then showed real grit at 6-6 when she emerged from a pivotal game having saved three break points.

Zidansek produced two forehand winners to fend off the first two and then on the third she got lucky when her shot took a horrible bounce to deceive Badosa.

Both players struggled to cope with their nerves at various points during the match but it was Badosa who crumbled in the final game, serving a double fault and falling 15-40 behind.

Zidansek wasted the first match point but nailed another forehand to end the contest with a 48th winner.

Having knocked out 2019 runner-up Marketa Vondrousova in the previous round and with such an impressive run on clay, New York-born Badosa, 23, will rue an opportunity lost.

"I'm a little bit sad because I think I played maybe my worst match of the tournament and of the clay season," she said.

"I couldn't control the nerves during the entire match. But at least I fought until the last moment and I had my chances."

© Copyright 2021 Reuters Limited. All rights reserved. Republication or redistribution of Reuters content, including by framing or similar means, is expressly prohibited without the prior written consent of Reuters. Reuters shall not be liable for any errors or delays in the content, or for any actions taken in reliance thereon.
Related News: Paula Badosa, Tamara Zidansek, IMAGE, Spain, Serena Williams
SHARE THIS STORYCOMMENT
Print this article 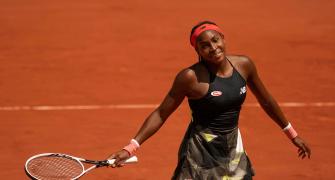 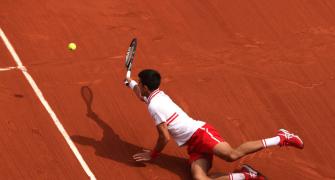 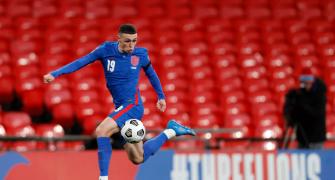 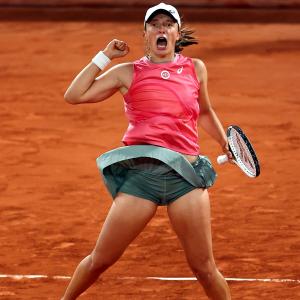 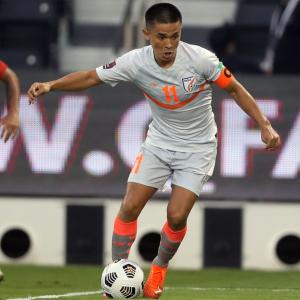