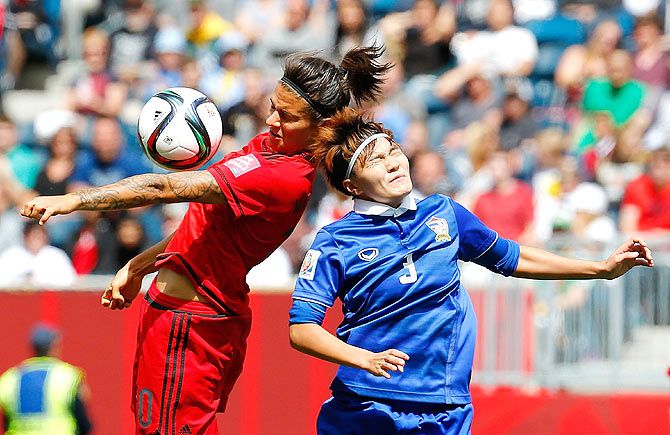 Lena Petermann scored two second half goals in three minutes as Germany wrapped up round-robin play at the Women's World Cup with 4-0 win over Thailand on Monday to claim top spot in Group B.

Norway (2-1-0) was also a winner in their final group contest easing past the Ivory Coast 3-1 to join Germany (2-1-0) at the top of table but the 2003 and 2007 champions take first thanks the better goal differential at plus-14 to the Norwegian’s plus-six.

Thailand (1-0-2) finished third in Group B but could still advance to the knockout round depending on the results of remaining group stage matches.

Thai goalkeeper Waraporn Boonsing did her best to keep her team in the match, yielding only a goal from German Melanie Leupolz in the first half. 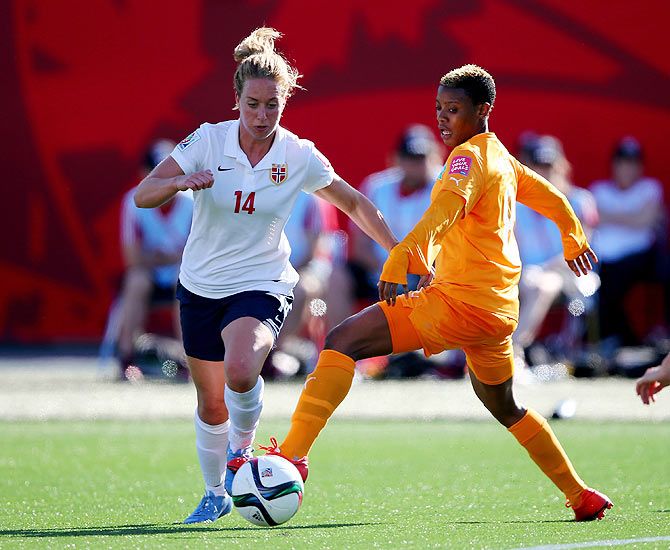 But the top ranked Germans showed their class in a dominating second half display as Petermann headed home twice in the 56th and 58th minute.

In Moncton, it was Ada Hegerberg doing most of the damage giving Norway the early lead in the sixth minute then finding the back of the net again in the 62nd minute.

Veteran 34-year-old midfielder Solveig Gulbrandsen scored off a goalmouth scramble to make it 3-0.

Ivory Coast refused to quit and were rewarded with a consolation goal from forward Ange Nguessan. 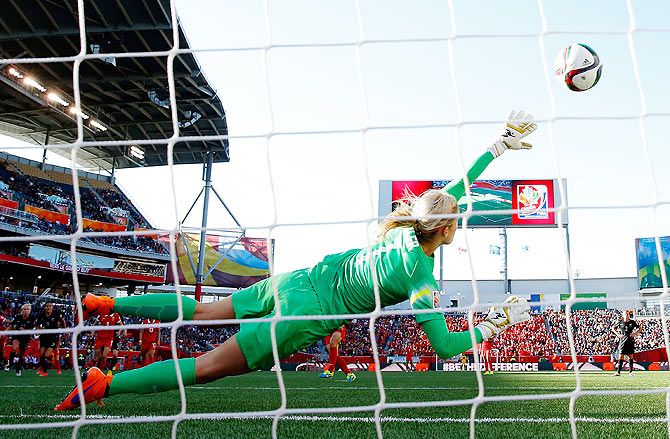 But the game that made most news on the night was the drawn match between New Zealand and China.

New Zealand were booted out of the World Cup after a 2-2 draw with China. But the match was marred by poor refreeing-- China were awarded a penalty for a non-handball.

The referee had also dismissed Chinese coach Hao Wei from the technical area when he appeared to deliberately obstruct New Zealand's Ria Percival from taking a throw in.

Following the match, the 'Football Ferns' coach Tony Readings refused to shake hands with his Chinese counterpart for the bad behaviour.

Readings defended his act of refusing to engage in the customary gesture.

"It's just something I don't agree with," Readings said of Hao's actions.

"I would never go out of my way to do that to an opposition player.

"You have just got to let the players on the pitch do the business. Whilst we want to influence things we should be back stage, not on stage."

Replays of the incident are inconclusive, with Hao appearing to be off balance as he fell into Percival after he had jumped in the air to stop the ball going further out of play. 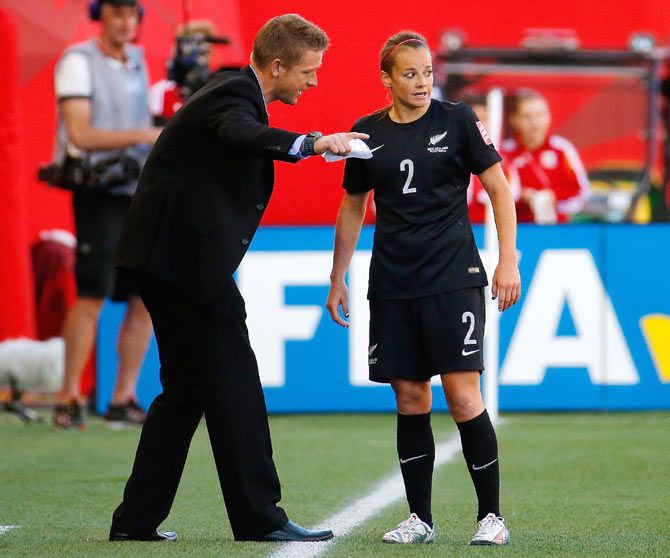 Percival could not gather the ball and immediately complained about what she thought was interference.

Hungarian referee Katalin Kulcsar sent the coach to the stands, but he took his time leaving the field of play, no doubt increasing the frustration the New Zealand side felt as China's players slowed the game down in the final few minutes.

They twice deliberately stopped New Zealand taking quick free kicks in the final minutes, which resulted in tempers rising on the field.

Readings, who has been both criticised and commended in New Zealand, was also frustrated at the penalty decision against Betsy Hassett in the match the Football Ferns needed to win to advance to the knockout phase for the first time.

Television replays showed the ball had hit Hassett in the chest and was nowhere near her hands.

"Football is such a close game; a referee decision or a ball bouncing the wrong way can make all the difference," Readings said.

"But we need to be better so that these things go in our favour." 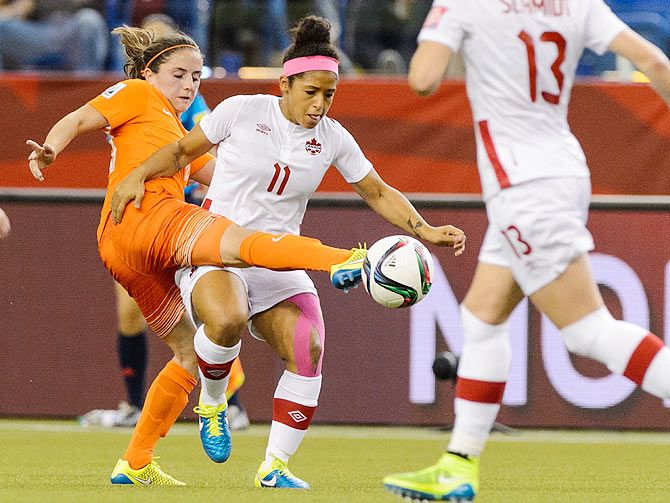 Despite the group stage exit, Readings was confident the campaign would only aid his side ahead of next year's Rio Olympics.

"It's the third game in a row where we've said the same thing. The performances we've put in haven't got the results we deserve in this group," he added.

"It's been one of the two toughest groups in the tournament (and)...we felt like we were one of the better teams in this group across the three games we played yet we haven't got the results.

"This team has massive potential. Despite the fact we've got a few centurions, two of them are 25 years old and we're going to have the core of them at the Olympics and even the next World Cup."

China finish second in Group A which was topped by Canada who drew 1-1 with Netherlands.