PHOTOS: The Senegal jail teaching teenagers to use swords

While sport is common in prison, fencing requires a blend of athletic skills and calm calculation in order to predict an opponent's moves. 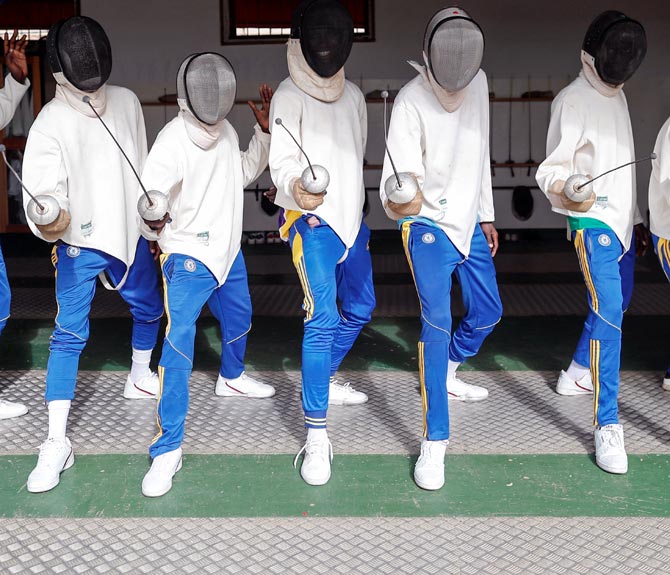 Teaching inmates how to handle swords may seem an unlikely approach to prison rehabilitation, but advocates believe the discipline it brings can help improve Senegal's overloaded youth penal system.

At Thies prison, the country's second-largest, Adama and a handful of other young people move to the rhythm of their fencing coaches' instructions, the clicking of foils against one another the only sounds piercing the silence.

Armed prison guards watch the training hall from a safe distance as the teenagers learn to position their wrists for an attack, sweat dripping down their masks. In a couple of hours, the sportsmates will be inmates again. 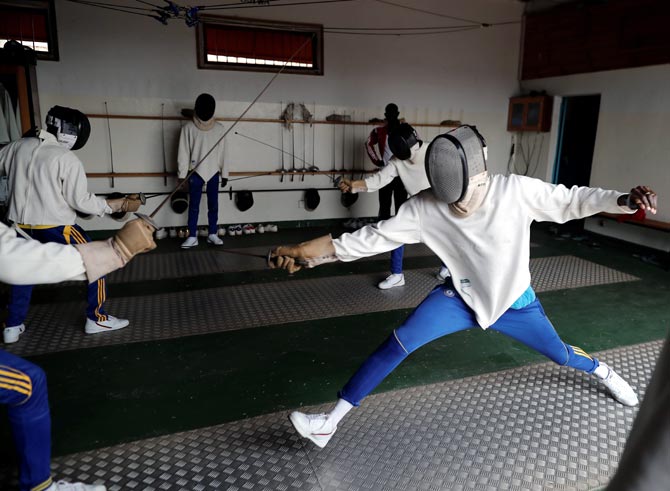 The weekly fencing school is part of an experiment to help young offenders learn discipline and respect for rules, aiming to smooth their reintegration into society. So far 300 girls and boys have undergone the training.

"Before doing fencing, I used to get angry really quickly." said 17-year-old Adama, whose name has been changed to protect his identity. "In fencing, if you get angry easily, you won't get to stay."

Adama says he's angry about the fact he's spent two years without a trial in Thies prison, in the west of the country. Like half of the nearly 1,200 inmates in Thies prison, he's still waiting to go to court for stealing.

"The hardest thing is to be here (in prison) for years without going before a judge," said Adama. 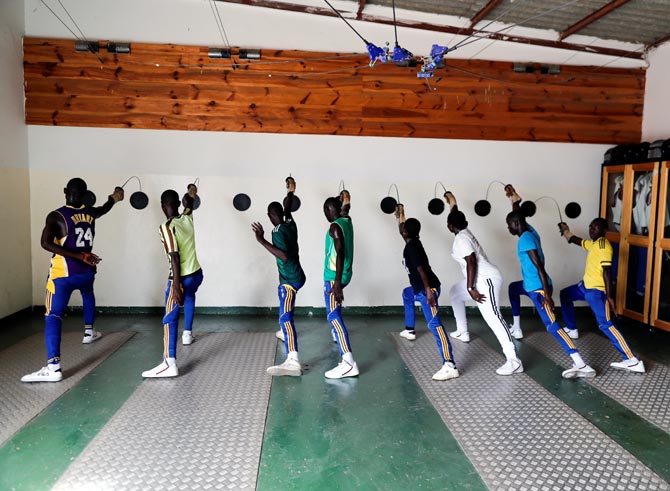 In Senegal, like across much of West Africa, many prisons are overcrowded, with some inmates waiting for years before being tried.

The director of Thies prison, Mandiaye Ndiaye, said pre-trial detention there could last up to three years.

Fencing has been taught to inmates elsewhere, including France and the United States, but the group behind the Senegal training, For the Smile of a Child, says this is the first experiment designed by psychologists specifically to use the sport to help youngsters reintegrate into society.

"They start respecting the rules, they are more disciplined," said Ndiaye. "Those who have gone through the programme don't come back, they don't reoffend". 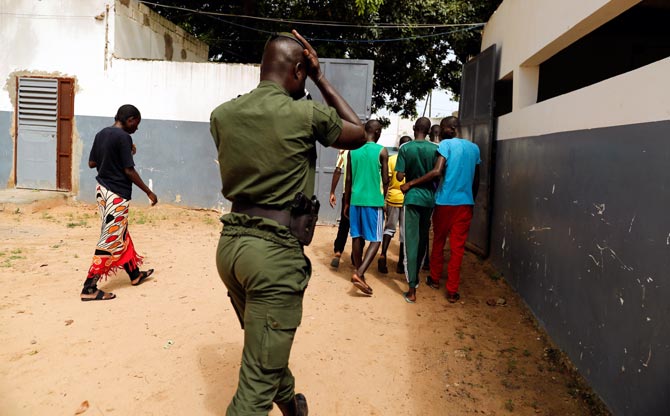 IMAGE: A prison guard walks after prisoners as they leave their detention center to attend a fencing class. Photograph: Zohra Bensemrs/Reuters

While sport is common in prison, fencing requires a blend of athletic skills and calm calculation in order to predict an opponent's moves.

The rules were also adapted so that the teenagers raise their hand and acknowledge their own mistakes during a game, without the intervention of a referee.

The ministry of justice plans to extend the programme, launched in 2012, to a second prison in Kaolack, and to train prison guards in fencing so it can be replicated cross-country.

Adama still has no idea when he'll go on trial, but fencing has given him something to look forward to.

For two hours a week, there are no prison walls, and he is a teenager again.

© Copyright 2020 Reuters Limited. All rights reserved. Republication or redistribution of Reuters content, including by framing or similar means, is expressly prohibited without the prior written consent of Reuters. Reuters shall not be liable for any errors or delays in the content, or for any actions taken in reliance thereon.
Related News: Adama, Senegal, Mandiaye Ndiaye, IMAGE, Reuters
SHARE THIS STORYCOMMENT
Print this article 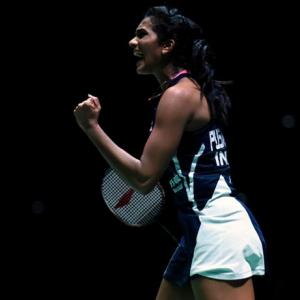