Real Madrid's harrowing campaign continued as they fell to a ninth defeat in La Liga and their first since coach Zinedine Zidane returned as they were deservedly beaten 2-1 away by a resurgent Valencia on Wednesday.

Portugal international Goncalo Guedes fired Valencia into the lead in the 35th minute with a thumping shot from inside the area which was too powerful for Madrid goalkeeper Keylor Navas.

Madrid had played well until conceding, but lost momentum after the goal and Valencia continued to threaten into the second half, finally doubling their lead with a header by defender Ezequiel Garay from a corner in the 83rd.

Karim Benzema headed in a consolation goal for Madrid in stoppage time, shortly after Zidane's side had a penalty decision overturned after a Video Assistant Referee (VAR) review ruled Sergio Ramos was offside.

Madrid are stuck in third on 57 points, 13 behind La Liga leaders Barcelona and five behind city rivals Atletico Madrid.

Valencia, who have reached the Copa del Rey final and the quarter-finals of the Europa League, have Champions League qualification in their sights after climbing up to fifth in the table on 46 points, one behind fourth-placed Getafe.

The win extended their unbeaten run to 17 games in all competitions, their longest stretch without defeat in their 100-year history.

"We know that this has been a difficult year and we are working hard to make sure we come back stronger next season and I'm sure we will," Madrid midfielder Casemiro told reporters.

"We were in control for the first half then they scored and got more confident. We worked hard in the second half and tried to get back in the game but goals are what count. This defeat is difficult for us, we know we are not doing well but we must keep working."

It was Zidane's first away game since returning to the club after Santiago Solari was sacked last month, having won his first two games back against Celta Vigo and Huesca.

As he had promised ahead of the match, the Frenchman made sweeping changes from the team that had beaten Huesca, bringing back seven players including Toni Kroos, Luka Modric and Navas as Isco and Gareth Bale dropped to the bench.

Madrid dominated the early stages but could not turn their possession to chances and once Valencia took the lead through Guedes they rarely looked like letting it slip.

Marcelino's side missed a gilt-edged chance to seal victory when Kevin Gameiro attempted a backheel pass towards Carlos Soler when it would have been easier to shoot at goal.

But Argentine Garay made up for his team mate's wastefulness by effectively sealing the points with a towering header from captain Dani Parejo's corner.

A last-gasp penalty propelled Athletic Bilbao to a 3-2 win over Levante on Wednesday and sparked hopes of qualifying for next season's Champions League as they moved to within four points of fourth spot in La Liga.

Elsewhere, basement side Huesca came from two goals down to secure a 3-3 draw with fellow strugglers Celta Vigo, while Rayo Vallecano's hopes of staying in the top flight appear to be disappearing fast as they slipped to a 2-1 defeat at Eibar.

Bilbao, who spent the first half of the season toiling around the relegation zone but have surged up the standings since Gaizka Garitano took charge in December, strolled into a first-half lead with Yuri Berchiche's fifth minute strike and an own goal by Aitor.

But they lost control of the game after the interval and Levante pulled a goal back through striker Roger Marti's penalty, while Uruguayan defender Erick Cabaco headed in an equaliser in the 89th.

Bilbao reacted by pouring down the other end and earning a penalty when captain Iker Muniain collided with Levante's Moses Simon, prompting furious protests from the visiting side, who had had a goal ruled out in the first half.

Spain international Muniain smashed the ball high into the net from the spot, giving his side a third consecutive league victory which leaves them eighth in the standings, four points behind fourth-placed Getafe after 30 games.

Celta had come from two goals down to beat Villarreal 3-2 last weekend but looked set to do the opposite against Huesca.

They went 2-0 up with goals either side of halftime from Spain international Brais Mendez and Iago Aspas but Huesca scored three times in the space of 10 minutes to lead 3-2.

Algeria international Ryad Boudebouz levelled in the 81st minute for Celta, who are 18th in the standings but trail 17th-placed Villarreal by one point.

Rayo took the lead in coach Paco Jemez's second game in charge but second-half goals from Charles and Pedro Leon saw Eibar turn the game around.

© Copyright 2020 Reuters Limited. All rights reserved. Republication or redistribution of Reuters content, including by framing or similar means, is expressly prohibited without the prior written consent of Reuters. Reuters shall not be liable for any errors or delays in the content, or for any actions taken in reliance thereon.
Related News: Huesca, Valencia, La Liga, Celta Vigo, Real Madrid CF
SHARE THIS STORYCOMMENT
Print this article 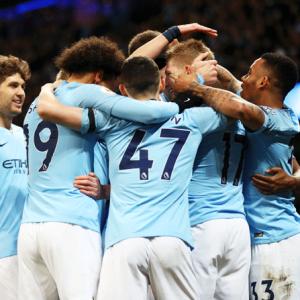 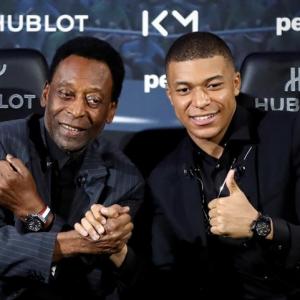