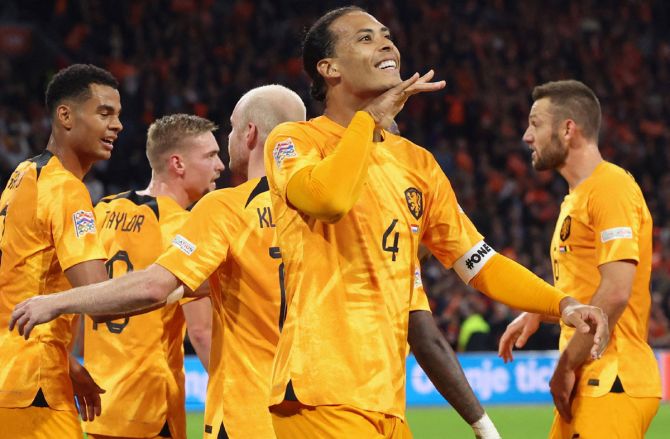 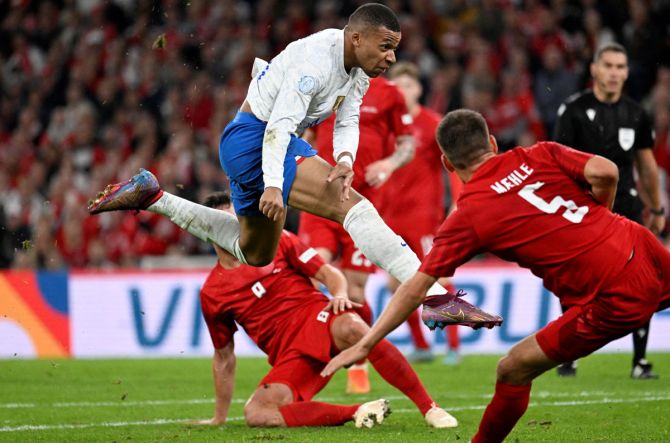 Nations League holders France lost 2-0 to Denmark in their final Group 1 game, but salvaged their place in the top tier at the end of a dismal campaign on Sunday.

Didier Deschamps' side, who will face Denmark in Group D at the World Cup in November, finished third in the Nations League standings with five points from six games after Kasper Dolberg and Andreas Skov Olsen scored first-half goals for the hosts.

Austria were relegated to League B after a 3-1 home defeat in Croatia left them bottom of the group on four points.

Croatia qualified for the final four with 13 points, one ahead of Denmark, who burst into life against France after being dominated in the first 20 minutes.

World champions France, who had several first-choice players injured including Paul Pogba, Karim Benzema and Hugo Lloris, were a far cry from their best and Deschamps will be crossing fingers that all have recovered for the tournament in Qatar.

"We had a lot of chances, but we were not aggressive enough and made several technical mistakes," Deschamps said. "We had a young team and they don't have the experience of a high level. Tonight was a reality check."

"I'm not worried for the World Cup because we'll get most of our injured players back in time. We don't however think we're stronger than the others and we know it's going to be a big fight," said Deschamps who won a World Cup medal as player in 1998 and as coach in 2018. 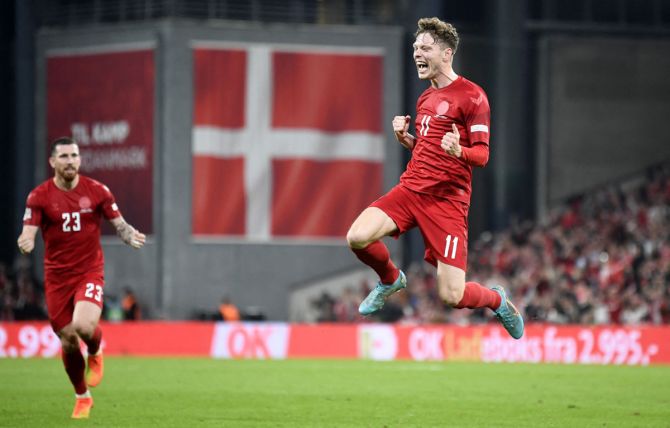 Kylian Mbappe had a good shot parried away by Kasper Schmeichel and Aurelien Tchouameni and Eduardo Camavinga bossed the midfield as France were on top in the opening stages of a lively game, but they gradually faded away.

Thomas Delaney had Denmark's first chance in the 23rd minute when his header was blocked by Alphonse Areola.

The hosts opened the scoring on 34 minutes when Dolberg latched on to a perfect cross from Christian Eriksen.

Les Bleus struggled to handle their opponents' pace but tried to hit back after the break, with Schmeichel denying Mbappe at the end of a swift counter-attack and blocking the forward's powerful shot from close range.

France lacked defensive stability with Raphael Varane on the bench as Deschamps looked to preserve other key players amid a packed schedule.

Antoine Griezmann and Olivier Giroud were also substituted in the second half, as with Austria trailing in Croatia, Les Bleus had nothing to gain or lose.

Captain Virgil van Dijk netted a second-half winner as The Netherlands beat neighbours Belgium 1-0 on Sunday to ensure top spot in their Nations League group and a place in next year's finals tournament.

Van Dijk powered home a header from a corner in the 73rd minute at the Amsterdam Arena on Sunday to ensure the Dutch finished runaway winners in League A Group Four.

They finished with 16 points, six more than Belgium who had a chance to leapfrog their neighbours, and take first place, but needed to win by three goals or more on Sunday to do so.

Any hopes of a goal feast were quickly stymied, however, as the two sides effectively cancelled each other out in a tight tactical battle.

The Dutch pressing game frustrated Belgian efforts at building up attacks, while a five-man defence for the visitors meant there was little room for the home strikers.

It meant the winner came from a simple setpiece with Van Dijk leaping over his marker, the 18-year-old Zeno Debast, to give Louis van Gaal his 37th victory in his three spells in charge of the national side, equalling the record for a Dutch coach held by Dick Advocaat.

Belgium, whose coach Roberto Martinez had to sit in the stands after being given a red card at the end of last week's win over Wales, had a chance for a perfect start after only four minutes, with Eden Hazard set up by Amadou Onana only to blast his shot wide.

There were other first-half chances for Michy Batshauyi, Axel Witsel, Timothy Castagne and Onana as Belgium had the better of the half's opportunities while their goalkeeper Thibaut Courtois was largely untroubled.

The Dutch improved after a pair of halftime changes and Denzel Dumfries, Steven Bergwijn and Davy Klaassen were all thwarted as the home side began to find more room and Belgium lived dangerously at the back in the last stages of the game.

Belgium might well have forced a draw as a spectacular effort from substitute Dodi Lukebakio came within inches of a last gasp equaliser with the final kick of the game.

"We wanted to win, but it wasn't a great game. We could have done better, but we also had to work hard against a team with a lot of quality players. But winning was the most important," van Dijk told Dutch television after the match. Croatia qualified for the Nations League semi-finals next year as defender Dejan Lovren marked his return to the team with a rare goal in a comprehensive 3-1 victory over relegated Austria in Vienna on Sunday.

Lovren, playing his first international in almost a year, scored the third goal for the visitors, who topped League A Group 1 with 13 points from six matches, one point ahead of second-placed Denmark. Austria finished bottom.

Luka Modric gave Croatia an early lead with his 23rd international goal as he took a touch to control Nikola Vlasic's pass and fired low into the net.

That joy was short-lived as Austria equalised three minutes later when Christoph Baumgartner glanced Marcel Sabitzer's cross into the net with a deft header.

But two goals in three minutes midway through the second period sealed the points for Croatia as Marko Livaja headed home at the back post after a cross from Ivan Perisic, before Lovren was left free by the home defenders to score with a header from Lovro Majer's cross.

Despite the loss, it was a special night for home forward Marko Arnautovic, who won an Austrian record 104th international cap and moved past Andreas Herzog at the top of the country's list of most appearances. A second-half goal from striker Karol Swiderski gave Poland a 1-0 win over a courageous Wales team in Cardiff on Sunday, allowing the Poles to hold onto their place in League A of the Nations League but relegating their hosts to League B.

Poland finished third in Group Four on seven points and remain in the competition's top tier. Fourth-placed Wales, on one point, had needed a win to avoid relegation.

Robert Lewandowski found himself on the edge of the box in the 57th minute and played a one-touch cross to Swiderski, who struck instinctively into the bottom right corner.

It was Poland's first win in five games since their 2-1 victory in the reverse fixture against Wales in June, when the Charlotte FC striker also scored.

"We take a valuable three points and I think a nice game," Swiderski said. "A lot has changed today since (Poland lost to The Netherlands on Thursday) and it looked good, the commitment and the way we stuck together, even in the last minutes," he said, expressing his gratitude to his illustrious team mate for the assist that set up the goal.

"I'm happy to spend minutes on the pitch next to Robert, it's something special for me. Coming from the US and playing in a league that is certainly a little weaker than Robert's ... I'm glad I took advantage of his pass and scored that goal."

Wales dominated possession and pressed high in the opening minutes, but the visitors were first to take a shot on goal in the 25th minute when Lewandowski's header after a free kick was saved by keeper Wayne Hennessey.

Wales had a chance minutes later when winger Daniel James ran with the ball towards goalkeeper Wojciech Szczesny and struck from close range, but the Juventus keeper saved both his first attempt and the follow-up.

The in-form Szczesny then prevented Gareth Bale's attempt from a tight angle metres away from his goal, while forward Brennan Johnson dragged a low shot just wide of the right post in the 41st minute.

Following the break and Poland's goal, Johnson latched on to a pass and raced into the box, but his shot was again kept out by Szczesny, who had an outstanding night between the posts.

Wales set up camp in Poland's half in search of an equaliser in the closing stages, and Bale hit the woodwork from close-range in stoppage time as he returned to the national side after a year without playing a full game.

But the home side were unable to break through and have now lost four of their last five games and recorded three straight losses for the first time since September 2012 along the way. 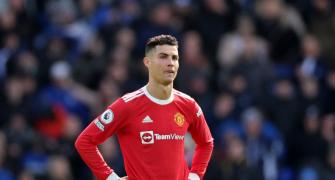 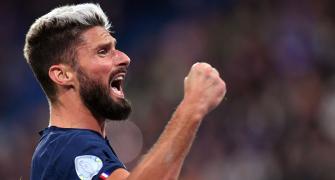 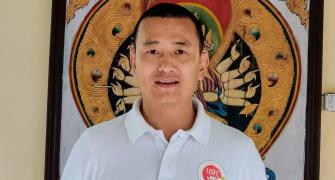