A summary of Friday's action in the UEFA Nations League. 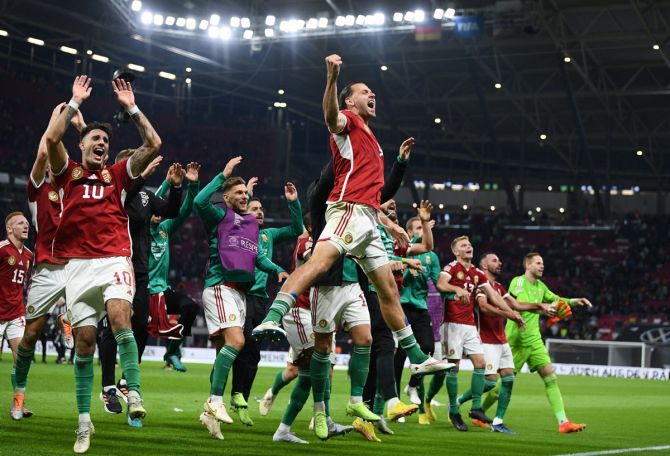 Hungary stunned hosts Germany with a 1-0 win courtesy of Adam Szalai's sensational heel flick on Friday to stay on course for a Nations League final four spot with one game left to play.

The 34-year-old Hungary captain, who will end his international career after their last League A-Group 3 game against Italy on Monday, raced to the near post and flicked the ball into the net with his heel from a corner in the 17th minute to leave goalkeeper Marc Andre ter Stegen frozen on the spot.

Hungary, who also beat England 4-0 away in June for the hosts worst home defeat for 94 years, are top on 10 points and will battle for the group spoils against Italy, who are second on eight after beating England 1-0 on Friday.

"Adam Szalai really deserves all the praise," said Hungary's Italian coach Marco Rossi. "In the first half we performed well, in the second we had to defend very deep.

"We can crown it all in the match against the Italians. It will be a special match for me against Italy. We are happy that we got 10 points from five matches. No one believed that." 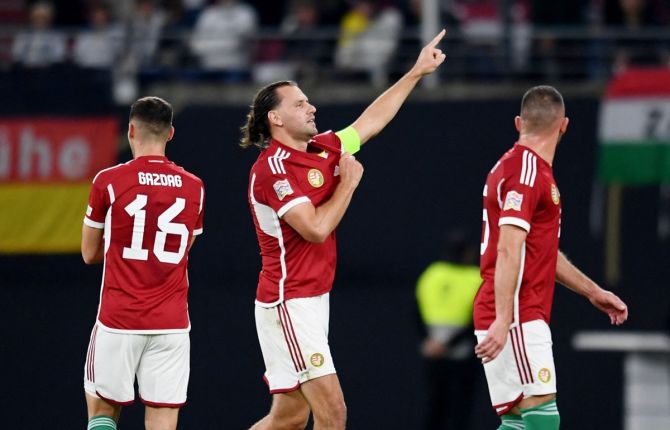 IMAGE: Adam Szalai celebrates scoring what turned out to be the all-important goal for Hungary. Photograph: Annegret Hilse/Reuters

Germany, in third place on six points, suffered their first defeat under coach Hansi Flick in their penultimate game before the World Cup in November, and cannot qualify for the Nations League final four. England are bottom on two and relegated.

Germany were on the back foot from the beginning and ter Stegen, starting in the absence of Manuel Neuer who has tested positive for COVID-19, had to rescue them in the 25th when he stopped Daniel Gazdag's effort from close range.

Lacking any energy and posing no real threat, the hosts had to wait 27 minutes before their first shot, with Leroy Sane's long-range effort flying high over Peter Gulacsi's crossbar.

Sane did better in the 51st but Gulacsi denied the forward. The home side were sharper after the break and had lots of possession but carved out far too few chances with lone striker Timo Werner taken off after 69 minutes.

"The first half was very disappointing," Germany captain Thomas Mueller said. "We made far too many mistakes and you could feel that many in their clubs are not going through the easiest phase."

This was a reference to Bayern Munich, who had four players in Germany's lineup and have gone four games without a league victory, the club's longest winless stretch in 20 years.

"Without pressure we made mistakes and almost everyone was affected. We just did not bring the power that we wanted to bring." 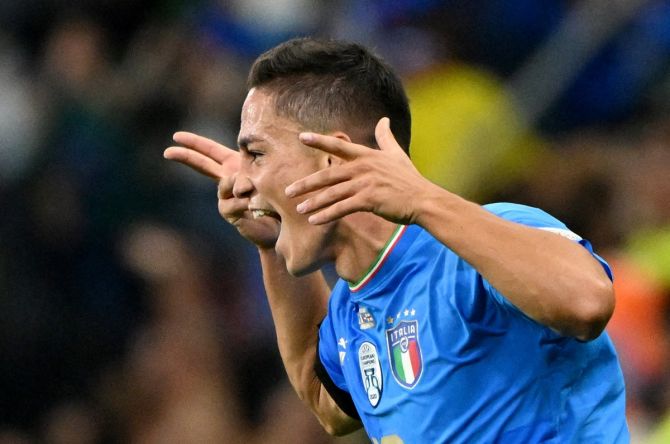 IMAGE: Giacomo Raspadori celebrates scoring the only goal of the match that relegated shot-shy England to the second tier League B and kept the Italians in the hunt to top Group 3, at an Siro, Milan, Italy. Photograph: Alberto Lingria/Reuters

England's sorry Nations League run continued on Friday as Giacomo Raspadori's 68th-minute strike gave Italy a deserved 1-0 win that relegated the shot-shy visitors to the second tier League B and kept the Italians in the hunt to top Group 3.

There was precious little to provide optimism for England’s fans with Qatar only two months away but at least they will be going, unlike Italy, still trying to come to terms with their failure to qualify for the second World Cup in a row either side of winning the European Championship.

In a game of few chances at the San Siro, the hosts looked the more ambitious side and settled the game through Raspadori's crisp finish.

England barely managed an effort on goal and looked unrecognisable from the team who went 22 games unbeaten until June – not counting the Euro 2020 final shootout defeat by Italy.

They have scored only one goal, a penalty, in their five Nations League games going into their final match at home to Germany on Monday.

Italy still have a chance of topping the group and making the playoffs but they will need to beat Hungary in Budapest on Monday after the surprise leaders won 1-0 in Germany.

After Italy started with a five-minute attacking flurry, highlighted by Gianluca Scamacca’s header pushed onto a post by Nick Pope, the first half developed into cautious probings from both sides with neither goalkeeper further challenged.

The risk-averse approach was perhaps understandable bearing in mind that in their last outings in June England were hammered 4-0 at home by Hungary while Italy lost 5-2 to Germany, but that was of little consolation to the bored 50,000-plus crowd.

Italy improved after the break and settled the game when Raspadori neatly brought down a long ball by Leonardo Bonucci on the edge of the box and, given far too much time to consider his options, cut in onto his right foot and fired past Pope.

Manolo Gabbiadini, winning his first cap in five years, forced Pope into a good save, while the impressive Federico Dimarco hit the post as Italy finished strongly.

England were unable to manage more than a couple of Harry Kane snap shots and although manager Gareth Southgate was booed by the visiting fans as he went to applaud them he took a remarkably upbeat view of the game. 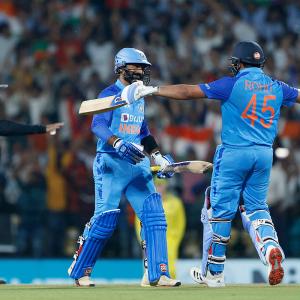 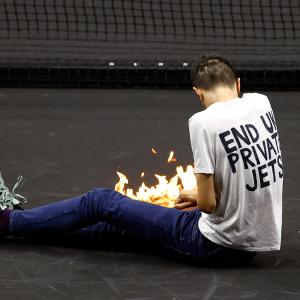