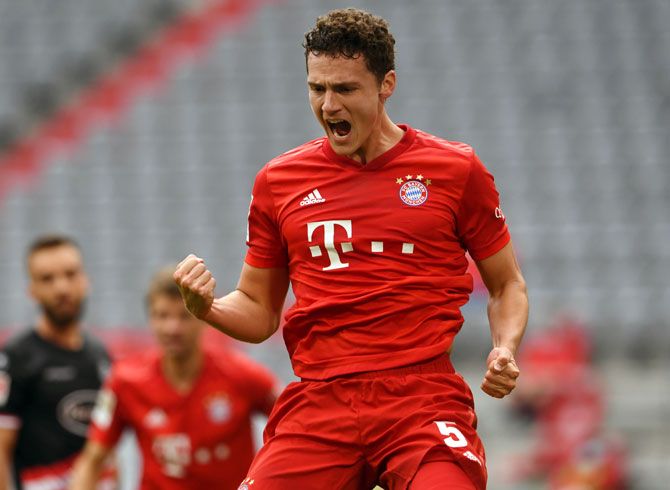 Bayern Munich moved closer to a record-extending 30th league title after their Polish striker Robert Lewandowski ended a personal jinx in a 5-0 drubbing of struggling Fortuna Duesseldorf in the Bundesliga on Saturday.

The result left leaders Bayern, who are chasing an eighth successive league title, top of the standings on 67 points from 29 games, 10 ahead of closest rivals Borussia Dortmund who visit bottom team Paderborn on Sunday.

Lewandowski snapped his goal drought versus 16th-placed Fortuna when he scored for the first time against them to give Bayern a 3-0 lead in the first half after a Mathias Joergensen own goal and Benjamin Pavard header opened the floodgates.

Lewandowski made it 4-0 shortly after the break with another predator's finish before left back Alphonso Davies completed the rout in the 52nd minute after weaving past three defenders. 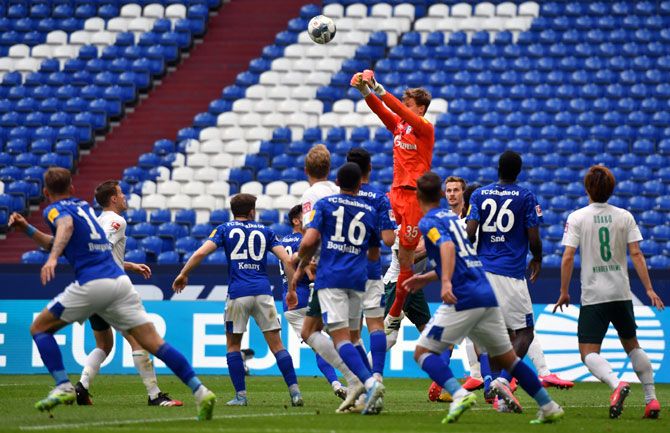 Former German champions Werder Bremen boosted their hopes of avoiding relegation from the Bundesliga when a spectacular goal from Leonardo Bittencourt gave them a lifeline 1-0 win at Schalke 04 on Saturday.

The result left Werder in 17th place on 25 points from 28 games, two points behind 16th-placed Fortuna Duesseldorf, who occupy the relegation playoff spot and were playing leaders Bayern Munich in the late afternoon kickoff.

A lacklustre first half failed to produce any fireworks before Bittencourt, who was substituted at halftime, grabbed a potentially vital winner for Bremen in the 32nd minute when he unleashed a thunderbolt into the top corner from 25 metres.

The result left Schalke 10th on 37 points and extended their winless league run to 11 games. It was also their fourth successive defeat since the Bundesliga resumed on May 16 after it was halted by the COVID-19 pandemic in mid-March.

The home side squandered two gilt-edged chances in the second half as Werder keeper Jiri Pavlenka denied Benito Raman with a superb reflex save before Michael Gregoritsch volleyed over the bar from 12 metres.

Bremen missed a sitter in the dying minutes as Yuya Osako tried to square the ball to Davy Klaassen when he had the chance to dink it over home keeper Alexander Nuebel from close range.

Bremen are at home to Eintracht Frankfurt on Wednesday and then to Wolfsburg next Sunday, when Schalke visit Union Berlin. 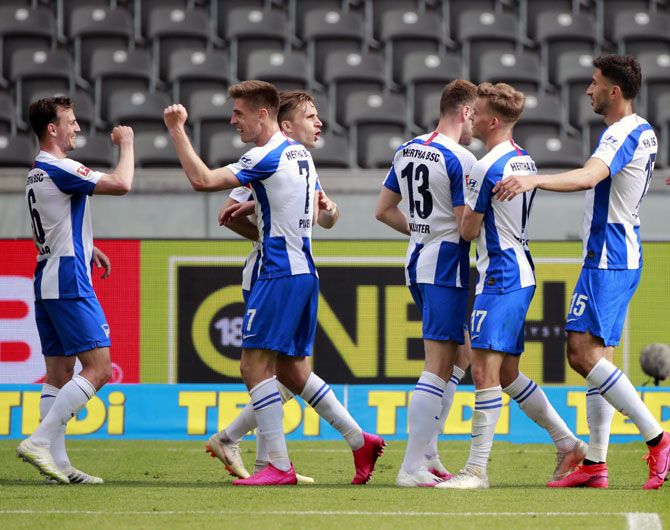 Javairo Dilrosun and Krzysztof Piatek each scored as Hertha Berlin continued their unbeaten run under new coach Bruno Labbadia and climbed to ninth in the Bundesliga table after beating Augsburg 2-0 at an empty Olympic Stadium on Saturday.

Dilrosun scored midway through the first half and Piatek added a second in stoppage time at the end of the game to see Hertha pick up a 10th point out of a possible 12 since the resumption of the German league after the coronavirus lockdown.

Defeat left Augsburg precariously placed just four points above the relegation places. They have won only one of their last nine league outings.

Young Dutch attacker Dilrosun proved quickest to a rebound after Augsburg goalkeeper Andreas Luthe had stopped a rasping shot from Peter Pekarik in the 23rd minute.

The 21-year-old, signed from Manchester City two years ago, showed quick feet to flick the ball away from two defenders and then snap up the loose ball and thrash it home from close range.

Hertha had threatened earlier through veteran captain Vedad Ibisevic, who had two efforts stopped by Luthe as the home side dominated the first half.

Yet Augsburg, who had sought to freshen up their lineup with six changes from their midweek draw with Paderborn, went close to equalising straight after the break through Noah Sarenren Bazee.

He cut in from the right wing and saw his initial effort, from a tight angle, spilled by Hertha’s goalkeeper Rune Jarstein. He followed up to shoot again and was denied by a sharp reflex save.

Augsburg substitute Florian Niederlechner headed narrowly wide on the hour mark as they kept pressing for an equaliser but both sides looked tired in the final stages from the exertions of three matches in the space of a week.

Augsburg went close to a late equaliser when Marco Richter struck a swerving shot from outside the penalty area against the crossbar in the 89th minute.

Yet they lost the ball in midfield as the match moved into stoppage time, allowing Piatek to run away and score, ensuring the home victory.

Hertha were in 13th place when the season resumed in mid-May but have hit a purple patch since the much-travelled Labbadia took over as their fourth coach of a topsy-turvy season.

Hoffenheim substitute Ihlas Bebou scored with almost his first touch as they beat Bundesliga strugglers Mainz 1-0 away on Saturday to boost their hopes of qualifying for European football next season.

Bebou came on in the 38th minute for the injured Jacob Bruun Larsen and slotted home four minutes later against the run of play after collecting Diadie Samassekou's ball over the top of the Mainz midfield.

Victory drew Hoffenheim level on 42 points with VfL Wolfsburg, but kept them seventh in the Bundesliga on goal difference, while Mainz stayed in 15th place, a point above the bottom three, after their fifth game in a row without victory.

The visitors also had a first-half penalty when Christoph Baumgartner was brought down in the Mainz box, but keeper Florian Mueller got down well to deny Steven Zuber from the spot.

Mainz had several chances to take the lead in the first half and Hoffenheim keeper Oliver Baumann had to be quick out of his box to clear inches ahead of Robin Quaison after the forward was released through the middle by Jean-Philippe Mateta in the 21st minute.

Baumann palmed away another Quaison effort following a corner a few minutes later and Hoffenheim were fortunate not to concede after the 26-year-old Swede rattled the inside of the post from a free kick seven minutes after Zuber's penalty miss.

The home team put the ball in the back of the net in the 60th minute, but Taiwo Awoniyi's effort was ruled out after team mate Karim Onisiwo was adjudged to have blocked off Baumann.

Awoniyi felt he should have won a penalty minutes later when Baumann bundled him over in the box, but the referee turned a deaf ear to his pleas.

Mueller did well to deny Maximilian Beier late in the second half and stop Hoffenheim extending their lead, while at the other end Ridle Baku's powerful strike in stoppage time was deflected over the bar as Mainz slumped to a dispiriting defeat.

© Copyright 2021 Reuters Limited. All rights reserved. Republication or redistribution of Reuters content, including by framing or similar means, is expressly prohibited without the prior written consent of Reuters. Reuters shall not be liable for any errors or delays in the content, or for any actions taken in reliance thereon.
Related News: Augsburg, Hertha, Fortuna Duesseldorf, Werder Bremen, Bayern Munich
SHARE THIS STORYCOMMENT
Print this article 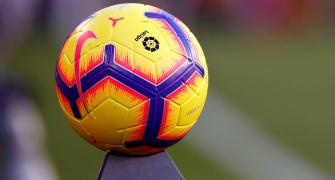 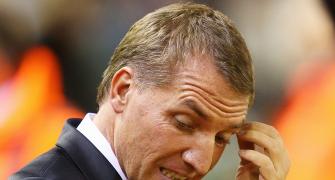 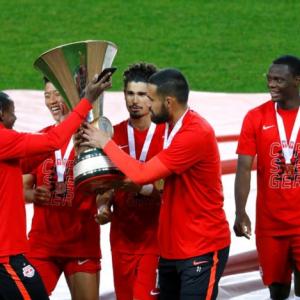