Sevilla's Kevin Gameiro grabbed a late equaliser in a 2-2 draw at Zenit St Petersburg on Thursday to send the Europa League holders into the semi-finals after woeful goalkeeping had threatened to ruin their night.

Sevilla went through 4-3 on aggregate, but only after a 1-0 lead in Russia turned into a 2-1 deficit following two terrible errors of judgement from Portuguese stopper Beto.

Sevilla's clash with Zenit was in the balance heading into the second leg with the Spaniards holding a 2-1 lead which they increased after six minutes through Carlos Bacca's penalty.

If the Spaniards hoped it would be smooth sailing from that point on, they did not factor in goalkeeper Beto handing their opponents a route back into the match. The Russians, the only side left who had dropped into the competition in the last 32 from the Champions League, hit back when a speculative cross from Oleg Shatov was dropped by Beto and tapped into the empty net by Jose Rondon after 48 minutes.

The unfortunate keeper was then caught hopelessly off his line by Hulk, whose effort from 40 metres had Beto furiously back-peddling in vain as the Brazilian's shot came down off the bar and dropped over the line.

Beto's errors, however, did not prove decisive as the visitors wrapped up the tie when Gameiro rifled into the corner with five minutes remaining. Fiorentina beat 10-man Dynamo Kiev 2-0 for a 3-1 aggregate win while Napoli completed a 6-3 victory over two legs against VfL Wolfsburg after a 2-2 draw in Italy.

Dnipro Dnipropetrovsk completed the semi-final lineup but UEFA's worst fears of a final between teams from Russia and Ukraine were avoided.

Dnipro became the only team from those two countries to reach the last four by beating Club Bruges 1-0 after the first leg ended goalless.

With Wolfsburg trailing 4-1 from the first leg they were always going to be up against it facing a Napoli side who had conceded only five times in 11 Europa League matches, the fewest of any of the sides who started in the group stage.

The game had the feel of a dead rubber in a tame first half and any hope of a German comeback was effectively extinguished by goals at the start of the second half from Jose Callejon and Dries Mertens.

The visitors salvaged some pride, however, with late strikes from Timm Klose and Ivan Perisic in two minutes. Fiorentina completed a good week for Italian teams, after Juve became the first Serie A side to reach the Champions League semis since 2010, with a typically gritty defensive display against Kiev.

Vincenzo Montella's side have endured woeful recent form, losing four of their last five matches and scoring once in that time, but they were strong at the back and quick on the counter.

The Ukrainians' hopes of upsetting Fiore were hit when Jeremain Lens received a dubious second booking for diving and was dismissed in the 40th minute.

Fiorentina took the lead three minutes later with a goal from Mario Gomez before substitute Juan Manuel Vargas made it 2-0 deep into stoppage time.

Dnipro reached the semi-finals when Yevhen Shakhov's deflected effort found the back of the net after 82 minutes.

The draw for the semi-finals will take place on Friday with the two-legged ties scheduled for May 7 and 14.

© Copyright 2021 Reuters Limited. All rights reserved. Republication or redistribution of Reuters content, including by framing or similar means, is expressly prohibited without the prior written consent of Reuters. Reuters shall not be liable for any errors or delays in the content, or for any actions taken in reliance thereon.
Related News: Zenit St Petersburg, Sevilla, ACF Fiorentina, UEFA, Napoli
SHARE THIS STORYCOMMENT
Print this article 4 Shoes for the Stylish Indian Groom 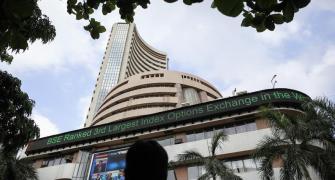 Markets fall further; Infosys on a high before Q4 results 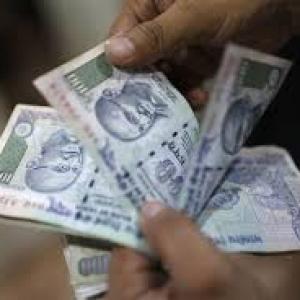