A flurry of goals either side of halftime from Eddie Nketiah, Joe Willock and Nicolas Pepe gave Arsenal a comfortable 3-0 Europa League win over Irish side Dundalk on Thursday that puts them top of their group after two games.

The 2019 League of Ireland champions defended bravely, but their resolve was broken in the 42nd minute as goalkeeper Gary Rogers failed to get enough on the ball when punching away a corner and Nketiah fired home from close range.

Willock added a second before the break, snapping up the rebound from a blocked shot by Pepe and slamming the ball beyond Rogers as Dundalk’s defence crumbled. Things went from bad to worse for the visitors in the first minute of the second half as Pepe cut onto his right foot and curled a superb shot into the top corner to make it 3-0 to leave Dundalk reeling.

The visitors rarely managed to threaten a makeshift Arsenal defence with midfielder Granit Xhaka slotting in at centre back for a period, and as the game wore on Dundalk struggled to get out of their own half as the Gunners coasted to victory.

The result puts Arsenal top of Group B on six points and ahead of Molde, who beat third-placed Rapid Vienna 1-0, on goal difference. Dundalk are bottom with no points. 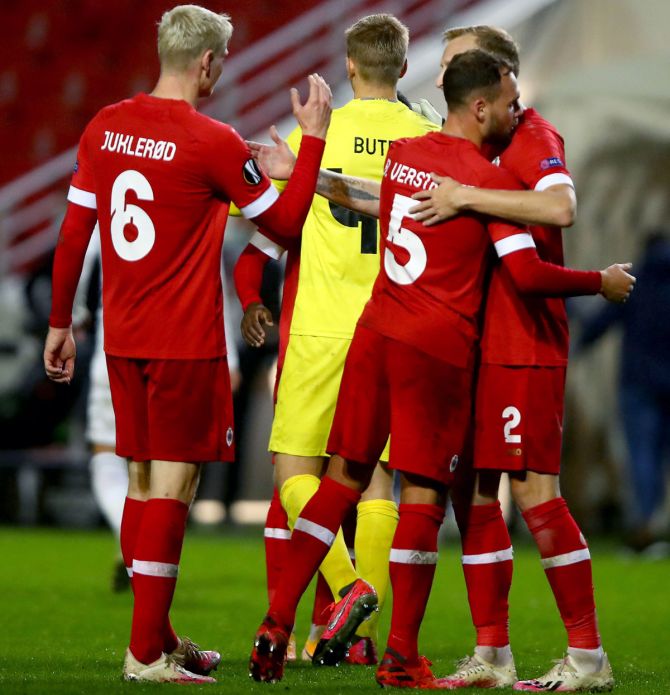 Belgian league leaders Antwerp secured a shock 1-0 win over Tottenham Hotspur and AC Milan extended their unbeaten run to 23 games as they won 3-0 against Sparta Prague in the Europa League.

Veteran striker Lior Refaelov’s first-half goal gave Antwerp their second win in Group J and put them top with six points, three ahead of Spurs and LASK of Austria.

Antwerp dominated the first half and went ahead just before the half-hour mark after a defensive lapse by Ben Davies allowed Dieumerci Mbokani to steal away the ball and set up the Israel international for a solid finish.

Four substitutions at the start of the second half reflected the irritation of Spurs manager Jose Mourinho, but Antwerp continued to look the more dangerous despite the changes.

Harry Kane came on for Gareth Bale 13 minutes into the second half, but the Spurs skipper was also unable to ignite a comeback as Antwerp proved defensively solid to hang on for the win.

In the other game in Group J, Austrian side LASK got the better of Ludogorets, beating the Bulgarians 4-3. A penalty miss by Zlatan Ibrahimovic had little impact on AC Milan as they cruised to victory against Sparta Prague to go top of Group H with two wins from two games, while Scottish champions Celtic threw away a two-goal lead in a 2-2 draw at Lille.

There was drama in Group C as 10-man Bayer Leverkusen slumped to a shock 1-0 defeat away to Slavia Prague, and Nice edged out Hapoel Beer Sheva by the same scoreline to leave all three sides on three points after the first two rounds.

The goal of the night was scored by Omonia Nicosia’s Jordi Gomez, who struck a quick free kick from just inside his own half that flew over PSV Eindhoven keeper Yvon Mvogo and into the net.

Unfortunately for Gomez, his superb effort was in vain as Donyell Malen scored twice in reply, netting the winner in the 90th minute for a 2-1 victory to go second in Group E behind Granada, who drew 0-0 with PAOK Thessaloniki.

The spoils were shared in Group A as AS Roma were held to a surprise 0-0 draw by Bulgarian side CSKA Sofia, while CFR Cluj of Romania went top after a 1-1 draw with Swiss side Young Boys.

In Group L Hoffenheim made it two wins out of two with a 4-1 win over bottom side Gent, while El Fardou Ben Nabouhane scored twice as Red Star Belgrade went second with a 5-1 drubbing of Slovan Liberec.

Group G is turning into a two-horse race as Leicester City beat AEK Athens 2-1 away and SC Braga won by the same scoreline at Georgian side Zorya to leave both victors with six points from two games.

© Copyright 2021 Reuters Limited. All rights reserved. Republication or redistribution of Reuters content, including by framing or similar means, is expressly prohibited without the prior written consent of Reuters. Reuters shall not be liable for any errors or delays in the content, or for any actions taken in reliance thereon.
Related News: Dundalk, Royal Antwerp, UEFA Europa League Group, Tottenham Hotspur, Arsenal and Milan
SHARE THIS STORYCOMMENT
Print this article 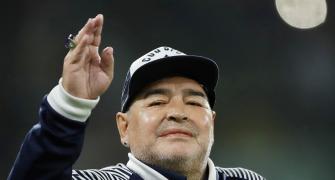 Maradona self-isolating at home due to COVID-19 risk 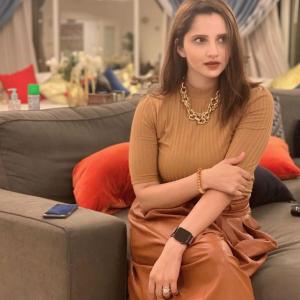