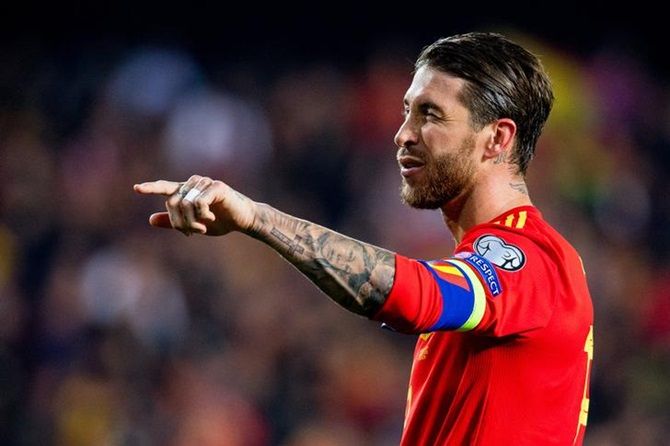 Spain captain Sergio Ramos scored another 'Panenka' penalty to give his side a 2-1 home win over Norway on Saturday in their opening Euro 2020 qualifier but it was a far from convincing display from Luis Enrique’s side.

Spain made a slick start and took the lead at Valencia’s Mestalla stadium when Rodrigo Moreno volleyed in Jordi Alba’s cross from close range in the 16th minute and continued to dominate proceedings without carving out many clear chances.

Norway, who had done little in attack, levelled in the 65th minute with a perfectly-taken penalty from striker Joshua King, who blasted the ball beyond David de Gea after Inigo Martinez had hauled Bjorn Johnsen to the floor.

Spain earned a spot-kick of their own six minutes later when Alvaro Morata was tripped by Norway goalkeeper Rune Jarstein, who Ramos easily deceived by chipping the ball down the middle of the goal to score a “Panenka” for the fifth time this season and eighth in his career.

Spain’s players had talked of the importance of making a flying start to the qualifying campaign after their confidence had been knocked by a dismal World Cup and a disappointing finish in the UEFA Nations League.

Luis Enrique had named an experimental squad for this game and the trip to Malta next Tuesday but there was a familiar feel to his starting line-up with the exception of veteran Jesus Navas, who made a first start for the national team since 2014.

Spain made a promising start in front of a near-capacity crowd and got their breakthrough when Barca left back Alba played a one-two with Marco Asensio to cut down the flank and play a simple cross to Rodrigo who could hardly miss.

The home side dominated possession but lacked a cutting edge in attack as Morata missed a series of chances, drawing a couple of saves from Jarstein and failing to hit the target with a free header.

Morata compensated for those misses by helping Spain restore their lead after King had levelled against the run of play, darting on to a through ball and colliding with the desperate Jarstein, who was then fooled by the nerveless Ramos.

Asensio should have sealed the victory when played through but his attempted chip sent the ball over the bar.

Norway pressed Spain back into their area in added time but never looked like finding another equaliser.

Spain joined Malta and Sweden on three points in Group F after those sides also earned 2-1 wins in their opening fixtures. 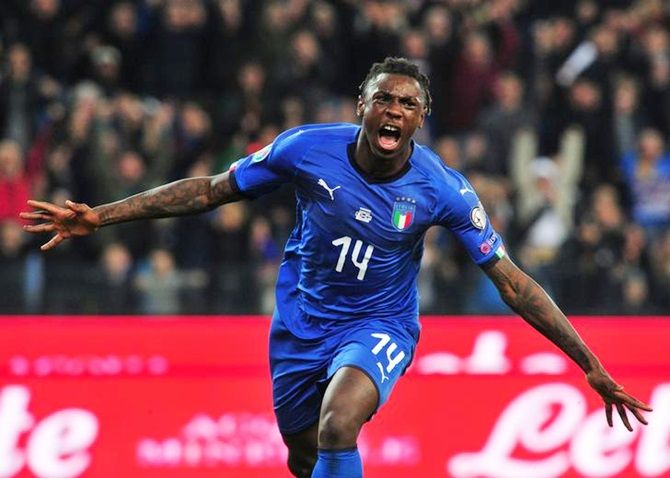 Midfielder Nicolo Barella and forward Moise Kean scored their first international goals to give Italy a 2-0 win over Finland in their opening Euro 2020 qualifier on Saturday.

Barella, 22, gave Italy the perfect start by scoring with a deflected shot after seven minutes of the Group J match and Kean, the first player born after 2000 to play for Italy, added the second in the 74th minute.

Italy's first home win since they beat Israel in a World Cup qualifier in September, 2017 gave them an ideal start as they attempt to put their failure to qualify for last year's World Cup behind them.

It was not just the youngsters who shone as 36-year-old Sampdoria striker Fabio Quagliarella, Serie A's leading scorer this season, was brought on in the second half for his first international appearance since 2010.

He forced an excellent save from goalkeeper Lukas Hradecky and hit the crossbar.

Finland set out to frustrate Italy but that plan had to be scrapped when a clearance went straight to Barella who met it first time from the edge of the area and a deflection wrong-footed Hradecky.

The visitors came into the game but made little headway and Italy's Federico Bernardeschi had a penalty appeal waved away before halftime.

Italy survived a major fright in the 65th minute as Robin Lod burst down the right in acres of space and slipped the ball to Teemu Pukki who turned his shot wide from six metres.

Having got into plenty of good positions only to be let down by their final pass, Italy finally got it right when Ciro Immobile slipped the ball through to Kean and the 19-year-old fired a confident finish past Hradecky.

In the group's other matches, Bosnia beat Armenia 2-1 in Sarajevo and Greece won 2-0 in Liechtenstein.

Midfielder Miralem Pjanic, at the centre of Bosnia's best moves, provided the corner for Rade Krunic to head in after 33 minutes and Deni Milosevic added the second with 10 minutes left before Henrikh Mkhitaryan pulled one back from a stoppage time penalty.

Greece took until first-half stoppage time to break down Liechtenstein in Vaduz, Kostas Fortounis volleying in from a Dimitris Kourbelis cross.

Substitute Anastasios Donis then wrapped it up with an impressive finish in the 80th minute. 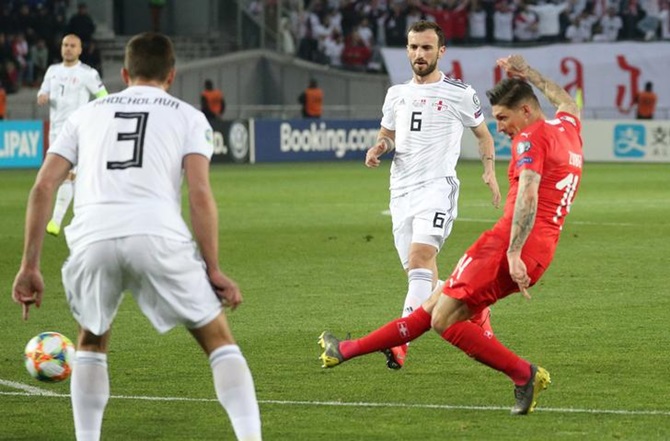 Switzerland survived a difficult first half and overcame the absence of forwards Xherdan Shaqiri and Haris Seferovic to beat Georgia 2-0 away in their opening Euro 2020 qualifier on Saturday.

Switzerland, playing their first match since their stunning 5-2 Nations League win over Belgium in November, struggled to create chances in the first half and were lucky not to fall behind just before the break.

Georgia worked the ball to Valeri Qazaishvili in an excellent position on the edge of the area but the San Jose Earthquakes midfielder squandered the chance by shooting straight at Yann Sommer.

The second half was a different story as the Swiss took control and went in front in the 57th minute when Breel Embolo laid the ball off to Zuber and he scored with a shot into the corner.

Embolo nearly added another from a similar position three minutes later as the Georgian defence was repeatedly opened up.

Another break in the 80th minute ended with substitute Albian Ajeti's shot being blocked by goalkeeper Giorgi Loria but it fell to Zakaria who slotted home the rebound.

© Copyright 2021 Reuters Limited. All rights reserved. Republication or redistribution of Reuters content, including by framing or similar means, is expressly prohibited without the prior written consent of Reuters. Reuters shall not be liable for any errors or delays in the content, or for any actions taken in reliance thereon.
Related News: Sergio Ramos, Panenka, Moise Kean, Italy, Nicolo Barella
COMMENT
Print this article 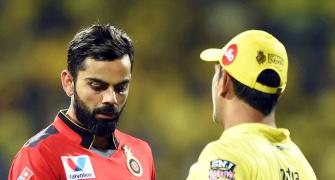 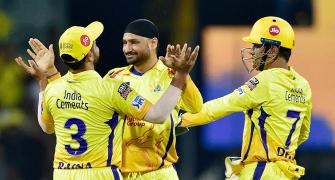 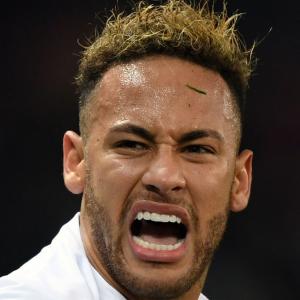