The Pakistan Sports Board on Monday suspended two female athletes, including an Olympian, for two years after they flunked dope tests during a national training camp for the Delhi Commonwealth Games and Asian Games in China later this year.

Sadaf Siddiqui, who represented Pakistan in the Beijing Olympics, and Javaria Hasan were tested positive in an out-of-competition dope test held during the training camp.

Rizvi chaired the inquiry committee that met with the athletes today and announced the two year suspension while giving the duo 14 days to respond to the charges.

"They have been suspended for two years from all international and domestic competitions as their tests were positive," he said.

Sadaf represented Pakistan in 100 meter sprint event in the Beijing Olympics, while Javaria is an emerging athlete on the national circuit.

Dr Messaq said that the PSB was concerned with the rising incidents of female athletes using banned substances as two years ago another female athlete, Naushaba had also tested positive.

"The athletes need to be educated that how dangerous using banned substances knowingly or by mistake can be for their careers," he said. 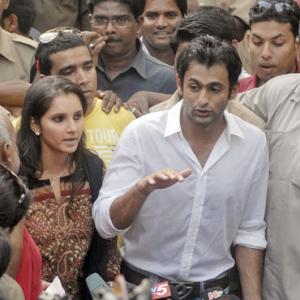