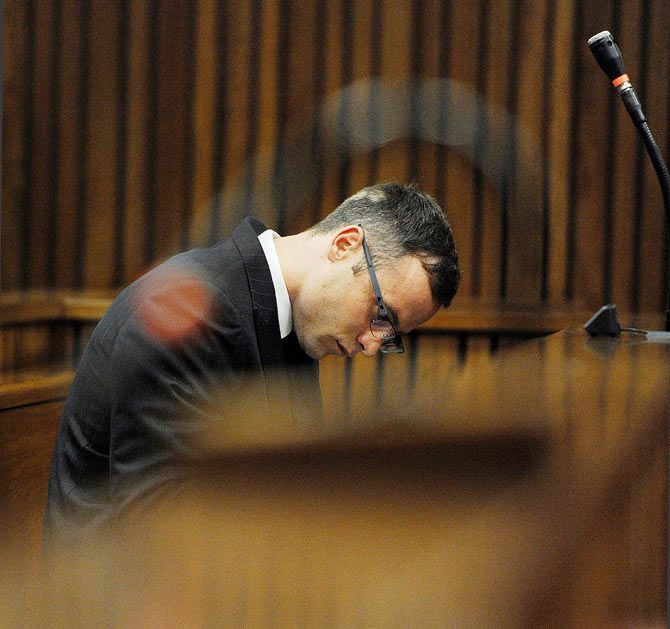 Pistorius sits in the Pretoria High Court for sentencing in his murder trial on Monday. Photograph: Werner Beukes/SAPA/Gallo Images/Getty Images

South African track star Oscar Pistorius should serve three years of partial house arrest and community service for the negligent killing of his girlfriend, a witness said on Monday at the first day of the athlete's sentencing.

The 27-year-old Paralympic and Olympic star, whose lower legs were amputated as a baby, was convicted of culpable homicide last month for the shooting of 29-year-old law graduate and model Reeva Steenkamp on Valentine's Day 2013.

The case has riveted South Africans and gripped millions around the world, shocked by the fall of a man widely admired as an inspiration for disabled people and a symbol of triumph over adversity.

Arguing against a prison term, correctional services social worker Joel Maringa said Pistorius was a "co-operative" person who should be sentenced to three years of "correctional supervision", which would mean the athlete would have to spend a portion of the day at home.

Maringa also said Pistorius should carry out community service, such as sweeping the streets outside museums in Pretoria.

State prosecutor Gerrie Nel, who is pushing for a lengthy prison sentence, described the social worker's recommendations as "shockingly inappropriate".

Judge Thokozile Masipa will hear arguments from prosecution and defence, possibly for as long as a day each, and from psychological and probation experts before deciding on sentencing.

Earlier the court heard from Pistorius's psychologist Dr Lore Hartzenberg, who said the athlete was a caring, remorseful person who was suffering from post-traumatic stress disorder and sometimes spent sessions weeping as she held him.

"We are left with a broken man who has lost everything," Hartzenberg said, as Pistorius stared at the floor in the packed Pretoria courtroom.

Nel is due to call at least two of his own witnesses as the state pushes for a jail sentence that could be up to 15 years. Legal experts doubt, however, that judge Masipa would decide on a prison term that long.

Masipa cleared Pistorius of the more serious charge of murder, saying prosecutors had failed to prove his intent to kill when he fired four 9mm rounds through the door of a toilet in what he said was the mistaken belief an intruder was hiding behind it.

A murder conviction would have almost certainly carried a jail sentence. Culpable homicide, South Africa's equivalent of manslaughter, can be punished by anything from 15 years in jail to a suspended sentence or community service. 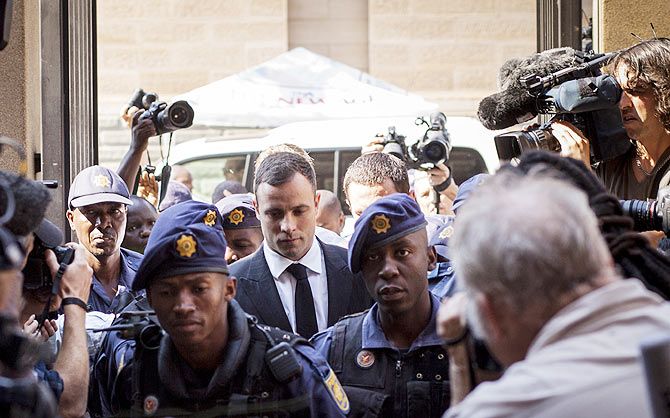 A stony-faced Pistorius earlier stared straight ahead as police officers escorted him into the court building. He declined to answer questions from the scrum of reporters but greeted his family inside the court with smiles and hugs.

After a dramatic six-month, on-off trial, opinion is starkly divided on the eventual outcome.

A non-custodial sentence would be likely to spark public anger, fuelling a perception among black South Africans that, 20 years after the end of apartheid, wealthy whites can still secure preferential justice.

"At the end of the day a young lady was killed and someone should pay for it," 57-year-old Mildred Lekalakala, a member of the Women's League of the ruling African National Congress, said outside the court.

The decision by 66-year-old Masipa, only the second black woman to rise to South Africa's bench, to absolve Pistorius of murder drew criticism from many legal experts and the public in a country infamous for violence, particularly against women.

Pistorius said the shooting in his upmarket Pretoria home was a tragic mistake, but at the trial prosecutors presented a written firearms licence test in which he acknowledged that using lethal force against an intruder was only allowed if there was a direct threat to a person's life.

With this in mind, as well as the questions over Masipa's ruling on intent, the state could yet decide to appeal the culpable homicide verdict in pursuit of a murder conviction.

Under South African law, an appeal cannot be launched until sentencing has been concluded. 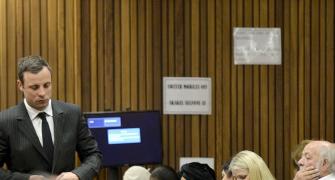 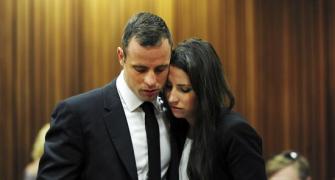 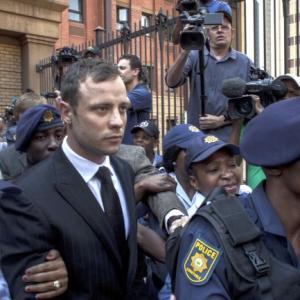 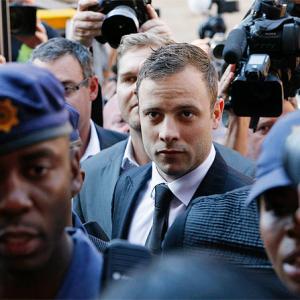