One of worst days in FIFA history: Figo 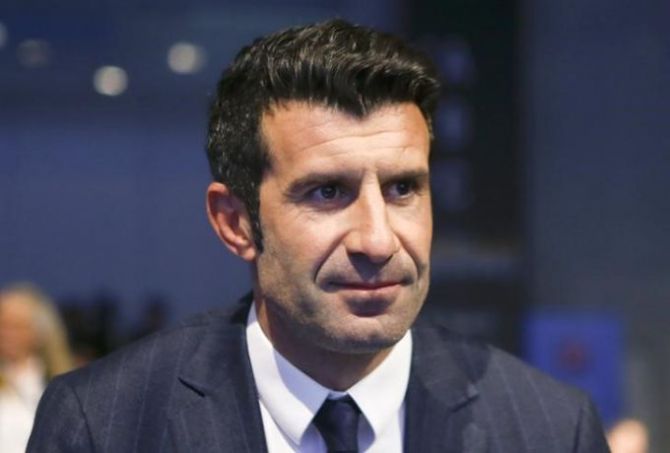 The date of May 27 will go down as one of the worst days in the history of world soccer's governing body FIFA, former presidential candidate Luis Figo said on Thursday.

The 42-year-old former World Footballer of the Year withdrew his presidential candidacy last week and threw his support behind Prince Ali Bin Al Hussein of Jordan, who is challenging embattled president Sepp Blatter for soccer's top job in Friday's election at the FIFA Congress.

The Congress and the election are both expected to go ahead as scheduled despite Wednesday's dramatic twin-pronged assault by the United States Department of Justice and the Swiss Attorney general's office which saw the arrest and detention of senior FIFA officials on a multitude of corruption charges.

Figo, in a statement issued in Lisbon, said: "People who love football such as I do, will remember May 27 as one of the worst days in the history of FIFA.

"I reiterate what I said last week: what is happening on Friday in Zurich is not an election.

"Now there are more people who agree with me. To give consent to this plebiscite is a mistake." FBI agents carry boxes from the headquarters of CONCACAF after it was raided. Photograph: Joe Skipper/Getty Images

The Portuguese star's challenge to Blatter's power was never seen as a particularly strong one, although it did underline the strength of opposition to the portly Swiss who will be 80 next year and has been in office for 17 years.

Figo though, who called Blatter "a dictator" last week decided it was in the best interests of the opposition to withdraw, along with Dutch FA president Michael van Praag, with both men uniting behind Prince Ali.

Despite calls for the Congress and the election to be postponed from UEFA, the European confederation long opposed to Blatter, it is expected to go ahead with Blatter the overwhelming favourite to win a fifth term of office with a mandate until 2019 when he will be 83.

© Copyright 2022 Reuters Limited. All rights reserved. Republication or redistribution of Reuters content, including by framing or similar means, is expressly prohibited without the prior written consent of Reuters. Reuters shall not be liable for any errors or delays in the content, or for any actions taken in reliance thereon.
Related News: FIFA Congress, Sepp Blatter, Luis Figo, Ali Bin Al Hussein of Jordan, United States Department of Justice
COMMENT
Print this article