Top-ranked South Africa and Italy registered convincing victories in the women's hockey qualifiers for the London Olympics at the Dhyan Chand National Stadium in New Delhi on Sunday.

World number 19 Italy thrashed 28th ranked Poland 4-1, while South Africa girls, who are highest-ranked in the tournament at 12th, notched up a 2-0 win over 26th ranked Ukraine, who held India 1-1 in their campaign opener yesterday.

In the first match of the second day, Giuliana Ruggeri (41st) opened the scoring for Italy when she collected the ball in the circle, turned around and unleashed a reverse stick shot to sound the board.

Anna Grzanka (49th) pulled one back but that hardly made any difference as Italy kept the Polish team under pressure before Alessia put the last nail in their coffin with a 65th minute goal to not only complete a hat-trick but also help Italy collect three crucial points. Alessia was adjudged Player of the Match.

In another match, ace-striker Pieti Coetzee (20th), who is the highest goal scorer in international hockey, and Dirki Chamberlain (29th) found the goal post for South Africa.

Protest lodged with Italy over firing incident at sea 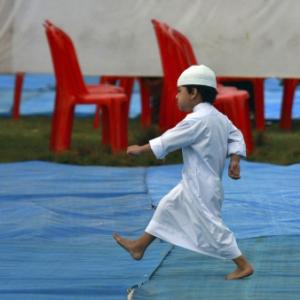