Five-time world champion Viswanathan Anand played out an easy draw with reigning world champion Magnus Carlsen of Norway to stay in contention for top honours after the end of the fifth round of Altibox Norway Chess tournament, in Stavanger, Norway.

Having won two games in a row with white pieces earlier in the tournament, Carlsen could do little against Anand this time and the Norwegian was not quite happy with his play.

It was a Sicilian through some transposition wherein Anand surprised Carlsen early in the opening. Carlsen in fact came to confessional box and declared early that although the damage was limited he was not very optimistic about getting an advantage. 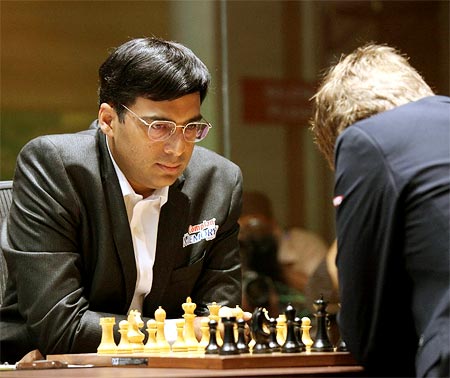 As it happened in the game, the players reached an identical pawn formation soon and Anand had to find some precise moves to keep Carlsen's pieces at bay. The peace was signed after 45 moves.

Chinese star Ding Liren finally decided to call it a day from the tournament  after his hip fracture that resulted in a surgery. The surgery went pretty well but Liren decided it was not good to carry on in the tournament which meant that his name will be excluded from the event as he had played less than half the games.

This brought about a change in the standings and Anand slipped to joint fourth place as his half point against Liren becomes a void. The tournament now turns in to a nine-player round robin and Carlsen again stretched his lead to a full point  thanks to the heroics of Fabiano Caruana of United States.

Caruana had a bad start in the tournament when he succumbed to Carlsen. However the American is steadily making his way back and is ready for more if his fifth round game against Sergey Karjakin was any indication.

Karjakin was outdone in all departments of a the game arising out of an English opening. A fractured pawn structure meant some decisive measures but the Russian simply lost his way in tactics.

With Carlsen on 3.5 points, Levon Aronian of Armenia and Karjakin follow him now a full point behind while Anand and American trio of  Nakamura, Caruana and Wesley So are now joint third on two points apiece. Shakhriyar Mamedyarov also has two points but he has played an extra game to be on ninth spot and Maxime Vachier-Lagrave of France is now on the last spot with 1.5 points out of his four games.

The other two games were drawn as Mamedyarov, who is still recuperating from his tooth problem drew with Nakamura in under an hour's play while Vachier-Lagrave forgot his preparation to split the point with Levon Aronian.

Technically four rounds still remain in the tournament, but Carlsen, Mamedyarov, Aronian and Karjakin will play only three of those as they were yet to play Ding Liren. Anand and the rest have four games each. 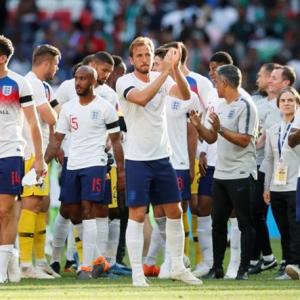