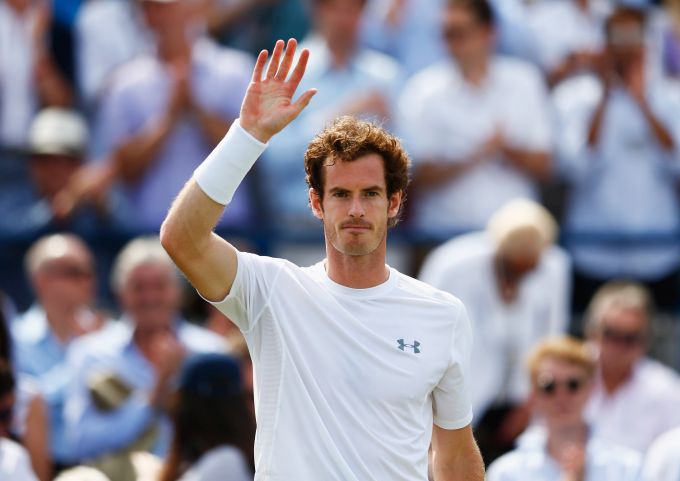 Andy Murray of Great Britain celebrates victory in his men's singles second round match against Fernando Verdasco of Spain during day four of the Aegon Championships at Queen's Club. Photograph: Julian Finney/Getty Images

Andy Murray eased past Fernando Verdasco at the Aegon Championships on Thursday but an expected quarter-final showdown with the man who beat him at Wimbledon last year was scuppered by Luxembourg left-hander Gilles Muller.

Top seed Murray, bidding for a record-equalling fourth title at the prestigious Queen's Club, fended off some typically ferocious hitting by Spaniard Verdasco to win 7-5, 6-4 and delight a large Centre Court crowd. 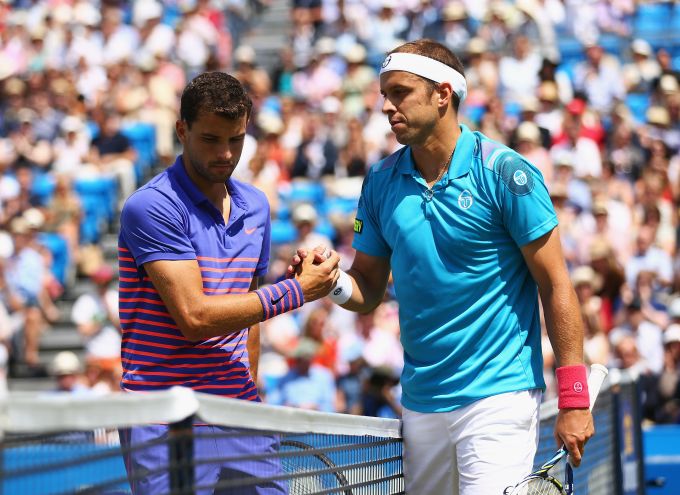 Gilles Muller (R) of Luxembourg celebrates victory as he shakes the hand of Grigor Dimitrov of Bulgaria after their men's singles second round match during day four of the Aegon Championships. Photograph: Clive Brunskill/Getty Images

The 32-year-old Muller has served 56 aces in two matches so far and will now take aim at Murray for a place in the semis.

"It's these challenges that I'm working for to play those matches on the big courts against the best guys in the world," Muller, who has battled his way back into the top 50 after sliding to 374 in the ATP rankings in 2013 after elbow problems.

Muller broke in the 10th game when Dimitrov made some sloppy mistakes and then hit back from 0-3 in the second set tiebreak to clinch victory with a wrong-footing forehand winner. 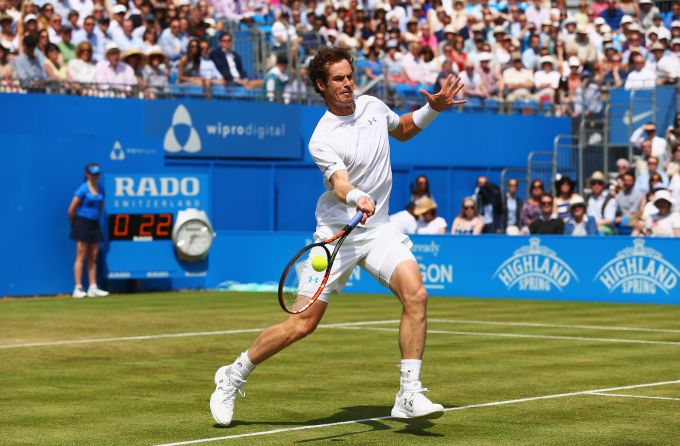 Andy Murray of Great Britain plays a forehand in his men's singles second round match against Fernando Verdasco of Spain during day four of the Aegon Championships at Queen's Club. Photograph: Clive Brunskill/Getty Images

Murray, dressed head to toe in white, made a fast start against left-hander Verdasco and marched into a 3-0 lead.

Verdasco, who was two sets up against Murray in the Wimbledon quarter-finals two years ago before the Scot came back to win and went on to claim an historic title, warmed to his task though and levelled it up at 4-4.

Murray took the opening set when Verdasco netted a forehand in the 12th game but had to fend off several break points early in the second set, coming back from 0-40 down at 1-1.

Serving at 4-5 Verdasco self-destructed, serving three double faults before seeing two aces chalked off on match point down because the ball brushed the net tape whizzing through.

Another forehand error sealed his fate as Murray took his career record over the 31-year-old to 11-1.

"It was a tricky match. Fernando is obviously an extremely powerful guy and you don't have a chance to get into some of the rallies," world number three Murray said on court before looking ahead to his next opponent.

"Gilles Muller served 37 aces in the first round -- I haven't served that many all year!"

© Copyright 2020 Reuters Limited. All rights reserved. Republication or redistribution of Reuters content, including by framing or similar means, is expressly prohibited without the prior written consent of Reuters. Reuters shall not be liable for any errors or delays in the content, or for any actions taken in reliance thereon.
Related News: Gilles Muller, Aegon Championships at Queen's Club, Fernando Verdasco, Grigor Dimitrov, Murray
SHARE THIS STORYCOMMENT
Print this article