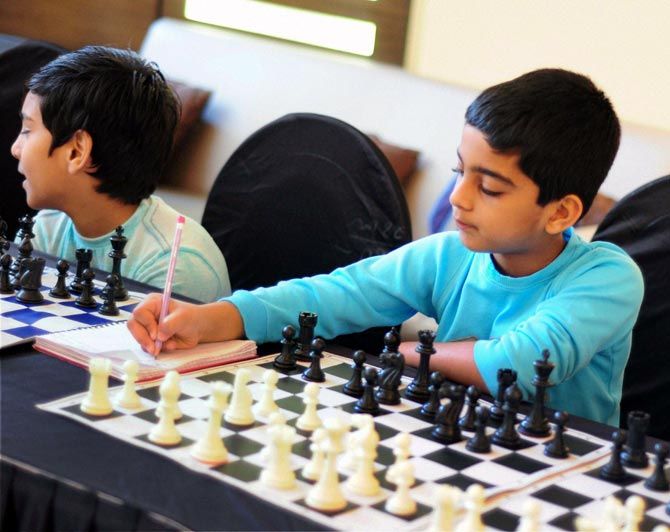 The second standard student of the NSS Hill Spring International School reigned supreme in all the three categories – rapid, blitz and standard -- and achieved the feat of being the only Indian to bag all the crowns in the competition, said a media release on Friday.

He overcame the challenges from 158 participants from 20 countries across the world.

Kush won the rapid format with a fine score of 6.5 points out of a possible 7. In the blitz format, in which he is the world Under-7 schools champion, Kush finished with seven out of seven rounds with a clear two-point margin over his closest rival.

In the standard format, the trainee of the Mumbai Chess Academy (SMCA) registered seven wins and a couple of draws to assert his position atop the table.

Kush had to overcome a few obstacles to remain unbeaten in the championship. His game against T D Wickramarathne lasted for more than three hours which he eventually clinched with a queen side attack to show the Sri Lankan champion the exit door.

Praising the talented boy's show, his coach Balaji Guttula said, "Kush's main forte is his swift calculations. He thinks lightning fast with deep and accurate calculations of moves. This is what sets him apart from his contemporaries."

"Kush has the potential to rewrite history books and this is just a beginning. He will achieve many more in the days to come", the coach added.