Proposals to revamp the Davis Cup into a season-ending 18-team event were backed by national federations at the International Tennis Federation annual general meeting in Orlando, Florida, on Thursday.

The makeover to one of sport's most famous and oldest international men's team tournaments has been a contentious issue within tennis but the ITF's plans to stage a World Cup-style tournament from 2019 received the necessary two-thirds majority from its 210 member nations.

The vote was far from unanimous though, with the plans only passed by a 71.4 per cent majority and criticism coming from some players and federations.

Founded in 1900, the Davis Cup has suffered in recent years because so many top players have opted out of playing the three-day ties during the season.

Many have considered that the ties are too demanding, played at awkward times of the calendar and do not provide sufficient rewards. Up to five matches are contested during each tie, with the players battling out best-of-five-set matches until the tie is decided. Dead rubbers are trimmed to best-of-three sets.

The first edition of the new event, which has the backing of an investment group Kosmos led by Spanish international footballer Gerard Pique, will be held in Madrid or Lille from November 18-24, 2019 with the inaugural host city to be announced in the coming weeks.

The new event will feature matches played over the best-of-three sets, culminating in a week-long tournament to determine the world champions.

ITF President David Haggerty hailed the transformation, saying: "This new event will create a true festival of tennis and entertainment which will be more attractive to players, to fans, to sponsors and to broadcasters."

Barcelona's Pique, describing this as one of the happiest days of his life, added: "The agreement ratified by the nations certainly guarantees the future of the Davis Cup and the development of tennis at all levels."

The ITF say that the 25-year agreement with Kosmos represents a total investment of US $3 billion into tennis which will transform the global development of the sport.

The competing nations' income and a new player prize fund of $20 million, they add, will transform prize money levels.

The new format will involve a qualifying round in February, in which 24 teams will take part in home-and-away matches, with the 12 winners securing a direct place into the final.

There, they will join the four semi-finalists of the previous year, who will not have to play in February, and two wildcards that will be announced before the draw for the qualifying round.

The finals week will see a round robin event from Monday to Thursday, with the countries divided into six groups and each qualifying round consisting of three matches -- two singles and one doubles -- of best-of-three sets.

The top team from each group and the two best runners-up will play the quarter-finals on Friday, while Saturday and Sunday will host the semi-finals and the final.

Problems could still lie ahead for the ITF with the ATP also intending to stage their own 24-team World Team Cup in Australia from January of 2020, less than two months after the Davis Cup final in November.

Some believe that top players will still not turn out to play in the week-long event at the end of an exhausting year.

"This proposal takes away too much of what makes the Davis Cup special and unique," read a statement from Tennis Australia, who are backing the ATP's venture.

Other key federations such as Britain and Germany also opposed the plans.

Former Wimbledon champion Pat Cash described it in a tweet as "a sad day for men's tennis", accusing organisers of "fooling themselves" if they thought top players would be attracted to compete.

Australian professional John Millman tweeted: "How do you think a tennis player, backed by a billionaire, would fare wanting to change the whole format of football's 63 year old Champions League competition? Including no home and away fixtures, WC teams, etc. It's crazy."

© Copyright 2022 Reuters Limited. All rights reserved. Republication or redistribution of Reuters content, including by framing or similar means, is expressly prohibited without the prior written consent of Reuters. Reuters shall not be liable for any errors or delays in the content, or for any actions taken in reliance thereon.
Related News: International Tennis Federation, Kosmos, ATP, Barcelona's Pique, Tennis Australia
COMMENT
Print this article 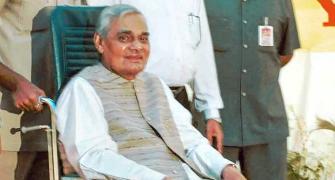 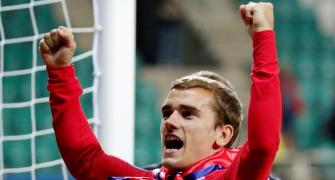 Why Griezmann snubbed Barca to stay at Atletico... 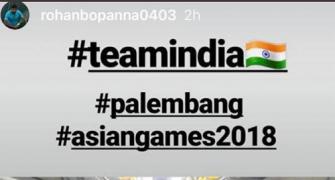 Is there a row brewing? Indian tennis team arrives at Asiad sans Paes 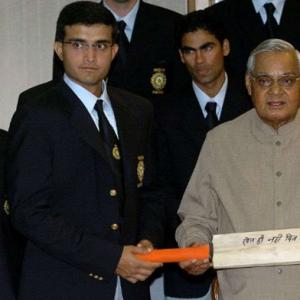 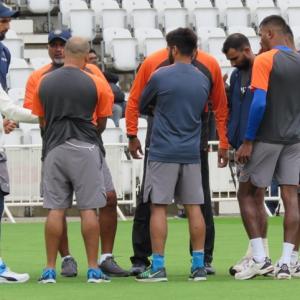