Tendulkar leads the congratulations for Narang

"Gagan Narang, you make us proud by winning the first medal in Olympics 2012. Let's hope & pray that we follow it up by achieving many more," Tendulkar wrote on his Twitter account.

Narang shot 103.1 in a gripping 10-shot finals for an aggregate of 701.1 after scoring 598 in the qualifying round in which he also stood third.

The gold was won by Romania's Moldoveanu Alin George who tallied 702.1, that included 103.1 in the final, to upset world number 1 Niccolo Campriani of Italy who stood second with 701.5 at the Royal Artillery Barracks. 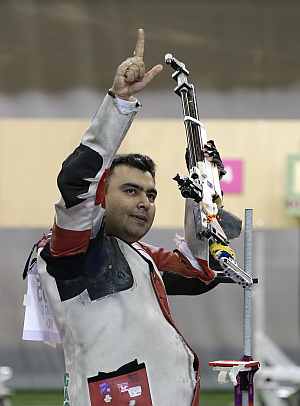 "Well done gagan narang. heartfelt congratulation for brining first medal for us in oly 2012. hope many more to follow. welldone india. go for it," he wrote.

Chief operating officer of Olympic Gold Quest, Viren Rasquinha also congratulated Narang on his achievement, saying he deserved it more than anybody else.

"I'm just happy. It is probably the happiest day of my life. He is the first athlete to be supported by OGQ. It's an amazing feeling today," Viren said.

"No one deserves it more than Gagan because we have seen from close quarters how much he has trained and sacrificed," he added. 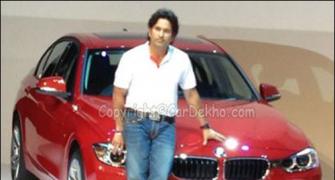 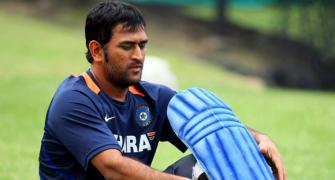 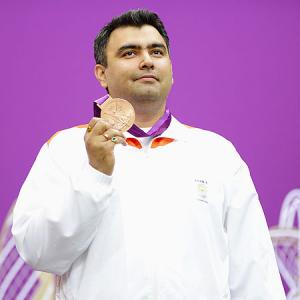 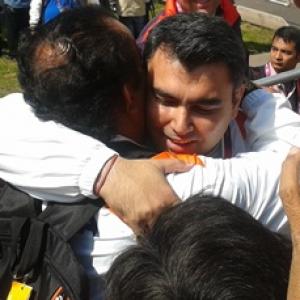