India's ace woman boxer M C Mary Kom's qualified for the London Olympics after World No. 2 Nicola Adams got the better of Russia's AIBA World champion Yelena Savelyeva 11-6 in the semi-finals of the 51kg at the World Championships in Qinhuangdao, China, on Friday.

The five-time World champion, whose hopes hung by a thread after she lost to Adams 11-13 in the quarter-finals on Wednesday, thus becomes the only Indian woman boxer to qualify for the Games. 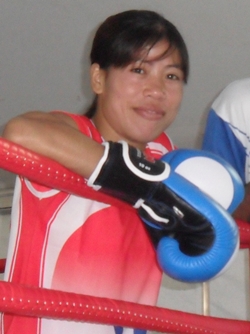 With women's boxing making its Olympic debut in three weight categories -- 51kg, 60kg and 75kg -- Asia has two slots in the 51kg division. One of them was already taken by Asian Games gold-medallist Ren Cancan of China, and Adams had to beat the Russian girl, who had beaten North Korea's Hye Kim in the quarter-finals, to enable Mary make the grade.

"Olympic slot confirmed finally! I am so happy," Mary, a mother-of-two, said.

"I saw the bout. I know the Russian was not very good but I am a bit sad as well because I won't have a medal around my neck this time," added the reigning Asian champion.

"Medal is very important for me. I am happy with the qualification but I am very upset not to get a medal," added the 29-year-old Manipuri. 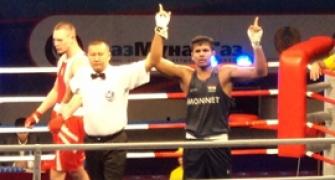 I have sorted out my weaknesses: Mary Kom 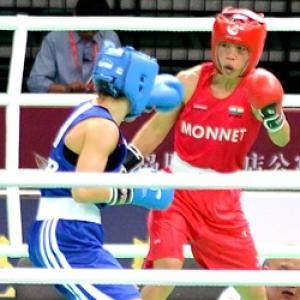 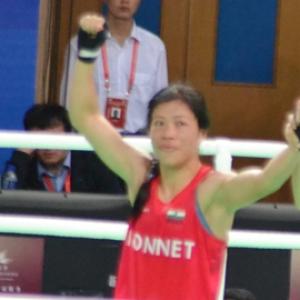