Indian archery team manager Paresh Mukherjee has said that though the hype surrounding his team is justified after the archers' recent performances, previous records would be of no value on the day of the competition.

"Hype about the archery team is based on certain logic and reason... Deepika Kumari is World No 1, while Indian women team is ranked No 2 and men's team is 5th in the world.

"But everything in sports does not go by statistics. If that was the case, Rafael Nadal would not have lost to an unknown player in Wimbledon. There are numerous such examples," he said.

Stating that "Olympics is a different ball Game", Paresh said, "The previous record has no value on the day of competition. How you play will decide your fate and not the existing ranking or past performance.

"In archery you compete with yourself, everybody is trying to better his or her previous record. It is battle of the self and here comes the luck factor."

Interestingly archery events will start at Lord's on July 27, a few hours before the Opening Ceremony of the Games and the manager said that all the archers are fully fit and undergoing rigorous workout every day in the Ranking Row field next to the main stadium.

From the coming week, practice will be held at Lord's.

Paresh said though the weather is unpredictable, the archers are getting used to the conditions.

"I am not giving any excuse regarding the weather, it is troubling every team. I am pleased that our archers are adopting to the situation well."

Surprised to see a lot of local support for the Indian archers in London, Paresh said, "Lot of people come to watch us practice and always have words of encouragement for the Indians.

"Former India cricket captain Sourav Ganguly is a hero for these people and they also want archers to perform well."

Archery events are scheduled to be held from July 27 to August 3. There are four gold medals at stake. 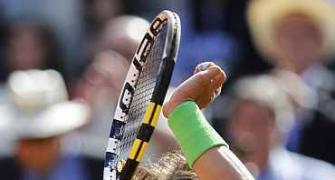 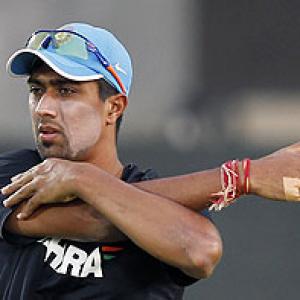