With the crowd scarcely believing their eyes, striker Carlton Cole added two second half goals as the Premier League's bottom team blew away United's 29-match unbeaten run in all competitions.

Arsenal overcame Wigan Athletic 2-0 at the Emirates Stadium in the other all-Premier League quarter-final clash on a freezing night in the capital.

Manchester United, top of the league and winners of the League Cup for the past two seasons, made wholesale changes from the side that blew aside Blackburn Rovers 7-1 at the weekend and were given a taste of their own medicine.

"To perform like this against the best team today in the country... what more could I ask for?," West Ham manager Avram Grant told Sky Sports television after steering the club into the last four for the first time in 20 years.

"I thought we could win but not by this score."

Even with a young side, Alex Ferguson's men were still fancied to see off the league's tail-enders but United States defender Spector, playing in a central midfield role, ripped up the script with his first goals in English soccer.

Spector, who spent three years on Manchester United's books and made just eight starts before moving to Charlton Athletic on loan and then joining West Ham in 2006, opened the scoring with a looping 22nd minute header off a Victor Obinna cross.

The 24-year-old, who last played for West Ham when they lost to United in August, made it 2-0 in the 37th when Obinna again caused mayhem in the area and Spector lashed a loose ball home at the near post.

West Ham thought they had scored after 17 minutes when Obinna's shot was deflected into the net off Spector, who was belatedly but correctly ruled offside by referee Mark Clattenburg.

Ferguson said his side, despite including experienced players like Ryan Giggs and Darren Fletcher, had let in some "terrible goals" and been punished, even if they would learn from the mistakes.

"Too many younger players who made real errors in their goals... really you can't give away goals like that even though they are young," he told Sky Sports.

"Today West Ham approached it as more of a cup tie, they got stuck in with a lot of late challenges and things like that but they got the crowd up for them. But the game was about the goals we gave away really."

Arsenal, making nine changes from the side that beat Aston Villa 4-2 away in the league on Saturday, started slowly but took the lead three minutes before the break through an own goal by captain Antolin Alcaraz.

The Gunners made it 2-0 in the 67th when Nicklas Bendtner bundled the ball in at the far post but they missed plenty more chances.

Wigan had forward Victor Moses carried off on a stretcher in the first half with a suspected broken wrist.

© Copyright 2022 Reuters Limited. All rights reserved. Republication or redistribution of Reuters content, including by framing or similar means, is expressly prohibited without the prior written consent of Reuters. Reuters shall not be liable for any errors or delays in the content, or for any actions taken in reliance thereon.
Related News: Aston Villa, West Ham United, Jonathan Spector, Manchester United, Victor Obinna
COMMENT
Print this article 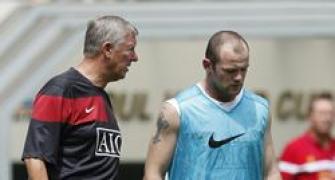 Rooney to stay at Manchester United 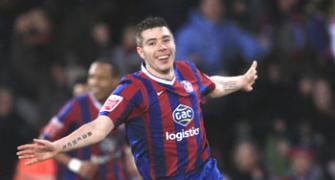 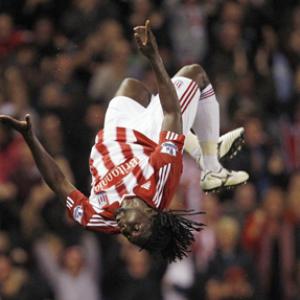