‘I think I can coach the youngsters and bring a revolution’ 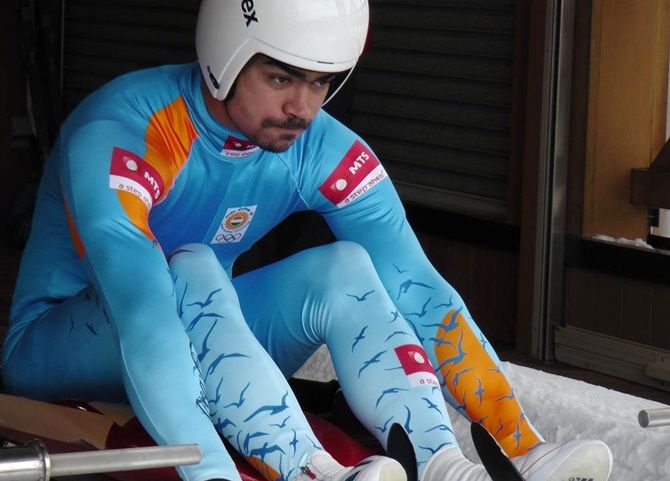 Competing in his sixth and last Winter Olympics, pioneer luger Shiva Keshavan wants to overcome a recent injury and end his international career with a flourish during the Pyeongchang Games, starting this week.

The 36-year-old, who has represented India in every Winter Olympics since 1998, has decided to call it quits after taking part in the February 9-25 event.

"Age wise I think I can continue. Even two medal winners in 2014 Sochi edition were above 40. I have represented India for 22 years, but now I think I need to move on and focus elsewhere," Keshavan said.
He added, "So this Winter Olympics will be my last one, this will be my last international event."

Son of an Indian father from Kerala and an Italian mother, Keshavan was born and brought up in Manali. He is the reigning Asian champion in luge and the speed record holder. He has won Asian Luge Championships in 2011, 2012, 2016, 2017.

Keshavan has been India's flag bearer in four Winter Games and he said he will miss the honour of ‘carrying the whole country on his shoulders’.

"When IOA was suspended (during 2014 Sochi), I took part in the opening ceremony as an independent athlete (under IOC flag). Except for that one, I had held the flag in all other Olympics at either opening or closing ceremony.

"Every four years, I had the honour of carrying the country on my shoulders. That is an amazing feeling. I will be happy if more Indians start taking part in Winter Olympics." 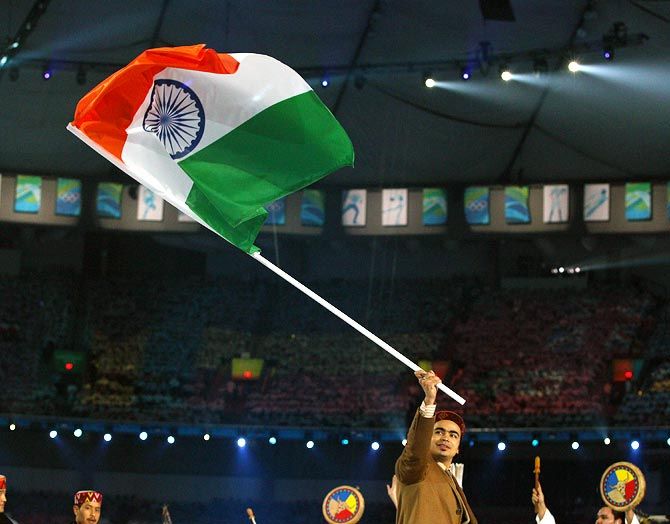 IMAGE:  Shiva Keshavan leads the Indian team into the stadium during the opening ceremony of the 2010 Vancouver Winter Olympics. Photograph: Cameron Spencer/Getty Images

Keshavan's best performance in his five appearances has been a 25th-place finish in 2006. This time, he has a personal coach for the first time in his career and received financial support from the government as well as some private companies.

Unfortunately, he had suffered a hand injury a couple of weeks back while competing.

“I had a crash while competing in Germany and I had a few hairline fractures. I am feeling good now but still not 100 per cent. My event is on Feb 10 and 11, and hopefully, I will be 100 per cent fit by that time.”

"I haven't stopped training but doing it without starting drill, only sliding down the track by using body and feet and not using hand. Hand is important for the initial momentum."

Otherwise, the build-up has been satisfactory with his own coach Duncan Kennedy, the former American Winter Olympian.

"There has been a lot of difference over the years. When I started in 1998, I was just 16. I did not have any equipment, any coach. Even in 2014 I did everything myself.

"But in the last three years, I have been training under an American, the first time I'm having a personal coach.”

"I have more confidence from the equipment point of view. I am approaching with a plan. I will try my best and will see how the track and weather conditions are on that day."

Keshavan has been ploughing a lone furrow for more than two decades but he does not have grudges with the system.

"Any support that comes in is welcome. For so long, I have been doing on my own and on the goodwill of people. This time I am happy that with the intervention of sports minister I got this money (Rs 20 lakh).”

"Obviously, it would have been better had this help come one year, two year or three year before."

Asked what motivated him to keep going in a less known sport, he said, "I am a small town kid. I grew up making my own ski and sled with my friends at Manali area. We all have a collective dream that one day our area will be known for winter sports."

He added, "It is now time to transfer what I know to the next generation and hopefully help out the administration. I think I can coach the youngsters and bring a revolution (in winter sports)." 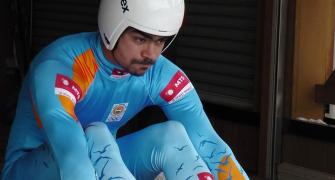 He is India's answer to Cool Runnings... 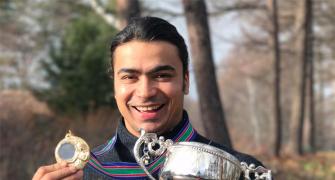 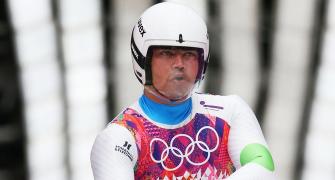 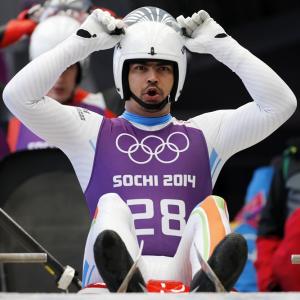 India's Keshavan has no country to represent in Sochi Olympics