Former World Player of the Year Kaka is set to play his first match for Brazil for more than two years after being recalled on Thursday for next month's friendlies.

The Real Madrid player, plagued by injuries over the last few seasons, was included in the squad for the games against Iraq in Sweden on October 11 and against Japan in Poland five days later. 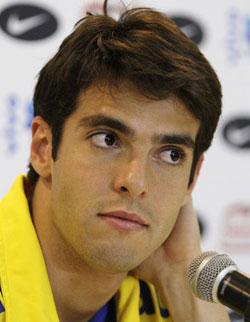 He has not played for his country since the 2-1 defeat by the Netherlands at the 2010 World Cup quarter-final.

It was the second time he has been called up under the leadership of coach Mano Menezes, who replaced Dunga following the tournament in South Africa.

However, on the previous occasion last year, Kaka subsequently had to drop out with injury and missed the matches against Gabon and Egypt.

There was still no place in the squad for Lazio midfielder Hernanes, who is considered one of the most creative midfielders in Serie A.

Menezes is rebuildlng the team for the 2014 World Cup, which Brazil will host, and is trying to move them away from their counter-attacking style which they developed under Dunga.

Despite 12 wins in their last 14 matches, Menezes has been cricitised for Brazil's performances amid speculation that former coach Luiz Felipe Scolari, who led Brazil to World Cup victory in 2002, could be recalled closer to the tournament.

© Copyright 2021 Reuters Limited. All rights reserved. Republication or redistribution of Reuters content, including by framing or similar means, is expressly prohibited without the prior written consent of Reuters. Reuters shall not be liable for any errors or delays in the content, or for any actions taken in reliance thereon.
Related News: Kaka, Chelsea, Mano Menezes, Brazil, Barcelona
COMMENT
Print this article 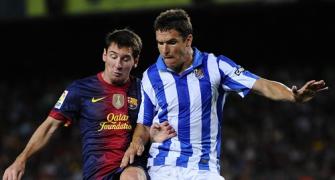