Australia and France made the quarter-finals of the Hero FIH Junior Men's World Cup after registering contrasting victories in their respective Pool B matches today at the Major Dhyan Chand National Stadium in New Delhi on Sunday.

While Australia blanked Spain 2-0, France rallied to eke out a laborious 3-2 win over Argentina. 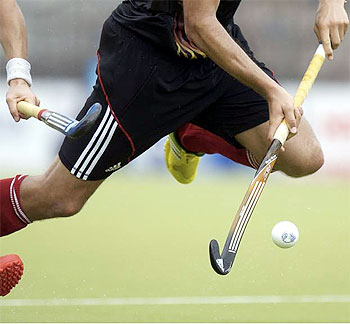 Australia started on an attacking note from the outset and were all over the Spanish circle but they somehow failed to produced desired results, even as they got a series of penalty-corners.

Spain managed to contain the Aussies and the break was reached on a goalless score.

Australia finally managed to score in the 38th minute when Beale found the ball, in a messy scramble in the circle, after Spanish goalkeeper Mario Fernandez Garin stopped three shots in quick succession from close range.

Spain also had a chance off a penalty-corner but goalkeeper Andrew Butturini did a good job.

The Aussies enjoyed most possession and Wotherspoon scored in the 63rd minute to give a comfortable two-goal cushion to the Kookaburras.

Spain had a desperate final surge but they failed to net the ball. With two losses in as many matches, they are already out of contention for a quarters berth.

In the other Pool B match, Pieter Van Straaten, Theophile Ponthieu and Jean-Laurent Kieffer scored for France, while Estanislao Perez Pesado and Gonzalo Peillat sounded the board for Argentina.

In a pace-filled battle, France had a chance on penalty-corner first but made a hash of it. Argentina then scored on a swift counter-attack that found Estanislao Perez Pesado scoring the goal in the 20th minute.

France equalised in the 25th minute when Pieter Van Straaten netted the ball. They then quickly took the lead as Theophile Ponthieu scored in the 31st minute.

But Argentina came back on the buzzer with a penalty-stroke by Gonzalo Peillat, sending the two teams tied 2-2 into the break.

In the second half also the pace of play remained very high.

Jean-Laurent Kieffer gave France the lead in the 48th minute and the French managed to cling to their narrow lead, earning their second win in two matches and a quarter-final berth.

In Pool D, Asian champions Malaysia scored a narrow 2-1 win over South Africa to become the first team from the Pool to qualify for the quarter-finals.

Malaysia rode on an own goal (27th minute) and a second half strike from Firhan Ashari (43rd) to register the come-from-behind victory after Matthew Brown put South Africa ahead in the 13th minute.

Both teams started the match cautiously, not wanting to risk of falling behind early.

But things started to heat up after 10 minutes when Brown converted South Africa's first penalty corner by slotting the ball high out of reach of Hafizuddin Othman in the Malaysian goal.

Malaysia reacted immediately by mounting an attack on the South African circle. South African goalie Rene De La Peyre stood his ground well but was fooled by a deflection from his own defender on a free hit drilled into the circle in the 27th minute to make the scoreline 1-1.

Thereafter, Malaysia had multiple chances to take the lead in the final minutes of the opening half but an agile De La Peyre kept South Africa in the hunt as both the teams went into the break locked at 1-1.

Malaysia continued from where they left after the change of ends and took the lead in the 43th minute through Ashari, who blasted the ball into the South African goal after turning around at the top of the circle.

South Africa had only themselves to blame for missing out on a point. They earned a penalty corner after Ignatius Malgraff cut through the whole Malaysian defense. The corner was then upgraded to a penalty stroke but Brown's attempt was well guessed by the Malaysia keeper Othman.

South Africa pushed desperately for the elusive equalizer but failed to break the Malaysian defence.

Meanwhile in the other Pool D match, England and New Zealand settled for a 2-2 draw as both the teams kept their hopes alive for a quarter-final berth.

But the Black Sticks made a spirited comeback in the second period and pulled one back when Kane Russell converted a penalty corner in the 39th minute before Matt Rees-Gibbs (68th) scored a late equaliser to keep New Zealand in the reckoning.

Other three teams -- South Africa, New Zealand and England are in with a chance to qualify for the knockout stage.

But with three wins out of two games, South Africa are placed better than New Zealand and England and need just a draw in their last pool match against the Black Sticks to join Malaysia in the quarterfinals from Pool D.

Both New Zealand and England, who face Malaysia next, need a win in their last matches and hope for favourable result from other pool games.

Meanwhile, Pakistan defender Muhammad Arslan Qadir received a two-match suspension on Sunday for a Level 2 offence which relates to a "physical assault, without injury, of another player" during their Pool A match against holders Germany.

Qadir was shown the red card for elbowing a German player in Pakistan's 1-6 drubbing on Saturday.

According to a statement from the International Hockey Federation (FIH), the tournament director David Collier has found Qadir to have violated the FIH Code of Conduct.

"Participants shall at all times conduct themselves fairly and properly on the field of play and any part of the hockey venue/accommodation. No person may conduct themselves in a manner or commit any act or omission which may prejudice the interest of hockey or which may bring the game of hockey into disrepute," Collier said in the statement.

"I have concluded that this constitutes a Level 2 offence referring to a physical assault, without injury, of another player. In accordance with the evidence provided at the hearing and taking into account the contrition displayed by the player, Muhammad Arslan Qadir of the Pakistan team shall be suspended for two matches," he added.

Qadir will miss Pakistan crucial match against Belgium December 10 and his team's play-off match to be played on December 12. 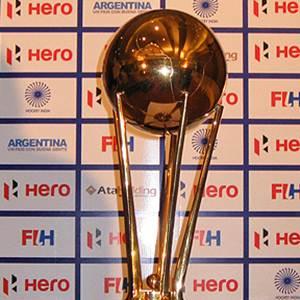