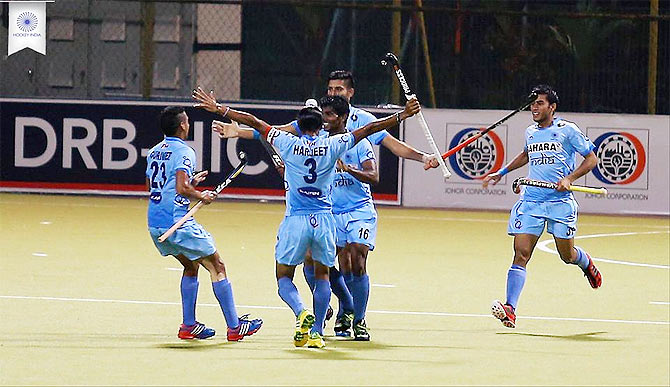 Harmanpreet Singh came up with his second hat-trick of the tournament as defending champions India hammered Australia 6-2 to storm into the final of the Sultan of Johor Cup hockey tournament, in Johor Bahru, Malaysia, on Saturday.

With their fourth win from five matches, the junior Indian team has booked a place in the final of the tournament and will take on Great Britain in the title clash on Sunday.

The India team started the match with constant attacking moves and surprised their opponents with their highly aggressive game, which tore-apart the Australian defense.

With repeated attacks, India earned their first penalty corner in the sixth minute, which was converted by defender Harmanpreet, who had scored the hat-trick against Malaysia in the previous match.

The Indian colts scored their second goal just after three minutes through forward Parvinder Singh, who superbly deflected a pass.

The third goal came in the 19th minute when the Indian players outfoxed the Australian defenders and seeing a chance, midfielder Simranjeet Singh sent the ball into the net by diving down. Four minutes later, India were ahead 4-0 after forward Pawan Kumar sneaked into opponents' defence and directed a brilliant pass into the net.

The referee awarded a penalty stroke to India and Harmanpreet latched on to the chance.

In the second half, both India and Australia came on the field with better strategies, but it was India who earned a penalty corner successfully in the 44th minute.

Harmanpreet scored his second hat-trick in the tournament by converting the penalty corner into India’s sixth goal. In the 64th minute, Australia also earned a penalty corner and Horner successfully converted it to reduce the margin.

"This was our best match of the tournament till now as we played extremely brilliant today. The boys showcased amazing team-work and maintained domination against a tough team like Australia in the match,"India coach Harendra Singh said.

"They successfully controlled their aggression and emotions throughout the game, and that yielded an awesome result for us. With this marvelous victory, we are confident against Great Britain now and we are looking forward to defend our title in the tournament," he said. 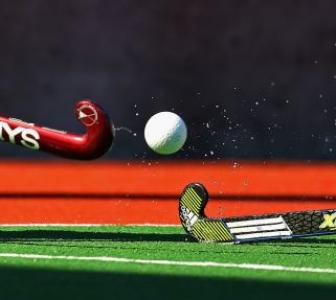 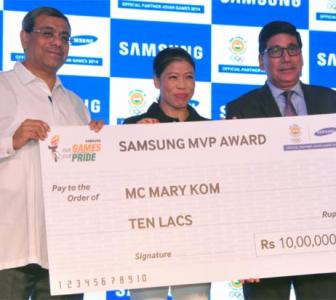 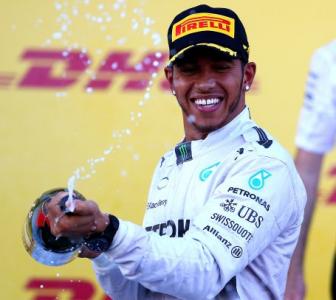 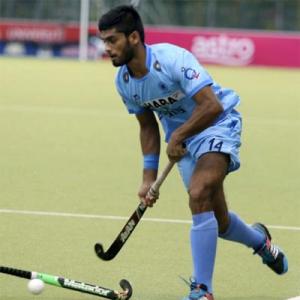