Rooney's younger brother to play alongside Henry in MLS

John Rooney, younger brother of England and Manchester United striker Wayne, will team up with French striker Thierry Henry at the New York Red Bulls after being selected in the MLS draft on Thursday.

Rooney was picked by the Red Bulls in the second round of the draft, which allows MLS team to take their pick of college talent and a handful of young foreign players.

The 20-year-old midfielder, who played with Macclesfield Town in England, took part in the MLS's trials this week in Fort Lauderdale, Florida.

The expansion Vancouver Whitecaps, who had the first pick, took 17-year-old attacker Omar Salgado, while the Portland Timbers, another expansion team, took attacking midfielder Darlington Nagbe, who was the winner of this year's Hermann Trophy for the top player in US college soccer.

© Copyright 2022 Reuters Limited. All rights reserved. Republication or redistribution of Reuters content, including by framing or similar means, is expressly prohibited without the prior written consent of Reuters. Reuters shall not be liable for any errors or delays in the content, or for any actions taken in reliance thereon.
Related News: MLS, New York Red Bulls, Rooney Junior, Thierry Henry, Omar Salgado
COMMENT
Print this article 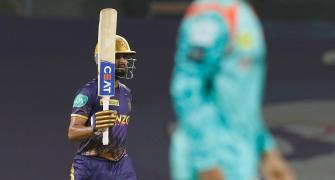