Indian golfer Jeev Milkha Singh had a brilliant par-birdie-eagle start as he went on to compile a second successive five-under 67 that catapulted him to tied fourth with one more round to go in the Omega Dubai Desert Classic on Saturday.

Jeev is now 14-under for three rounds, but Scotland's Stephen Gallacher simply ran away with an amazing 10-under 62 that included a 40-yard bunker shot for eagle at the last. 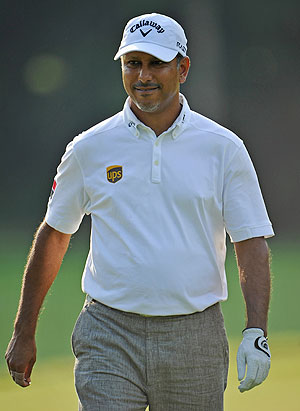 The 38-year-old, Gallacher, had a magical 62 and he goes into the final round of the Omega Dubai Desert Classic three strokes ahead of South African Richard Sterne.

The other Indian in the field, SSP Chowrasia did not have a very good day as he slipped down 23 places with a 74 that now sees him at three-under 213 and in tied 63rd place.

Jeev was three-under through and for a brief period he was in tied lead. He added another birdie on eighth and then another on the 13th, but on many other holes, he missed chances. It was raining and a bit cloudy in the morning, but there was no stoppage.

“I felt good for most part of the day. To hole a bunker shot for an eagle was a great feeling,” said Jeev.

Gallacher, nephew of former Ryder Cup Captain Bernard, has won only once in more than 400 European Tour events and that was nine years ago on home soil at St Andrews.

Gallacher was joint runner-up with Lee Westwood in this event last February and might never have a better chance to lift another trophy.

Gallacher's round contained two eagles and the first of those at the long 13th was nearly an albatross.

After a massive drive he needed just an eight iron and it hit the flag before stopping less than four feet away. He had already notched six birdies by then and the spectacular finish was simply the icing on the cake.

It is only four years since the former Scottish and European Amateur Champion had to return to The European Tour Qualifying School during a battle with the viral infection sarcoidosis that affected his lungs and joints.

But he came through that and is now poised for a victory that would lift him from 111th on the Official World Golf Ranking into the top 60 for the first time.

That would all but secure him a debut in the WGC-Accenture Match Play in Arizona later this month, while a climb into the top 50 by the end of next month would mean a trip to Augusta National for the Masters Tournament. 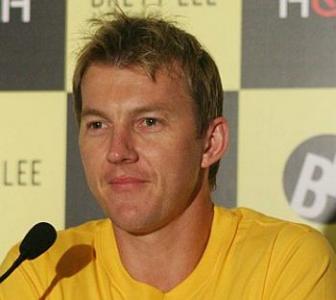 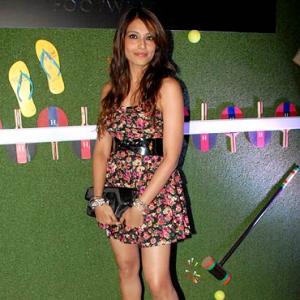 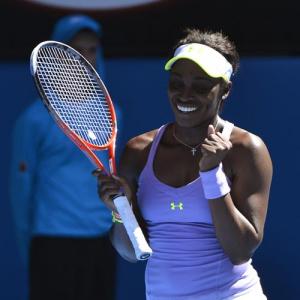