Iranian President Hassan Rouhani, a pragmatist, has repeatedly criticised the ban but has been unable to get it removed because of resistance from powerful hardliners in the clerical and security establishment. 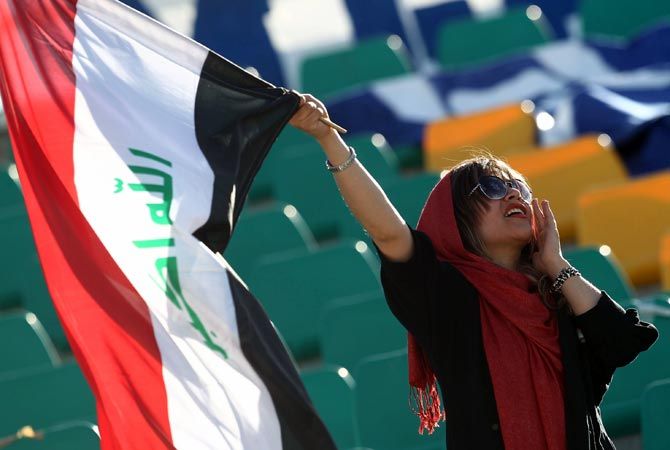 FIFA president Gianni Infantino said on Friday he had told by Iranian President Hassan Rouhani that there are plans to allow women to attend football matches in the country soon.

Infantino said he met Rouhani during a visit to Tehran on Thursday where he also attended a derby between Esteghlal and Persepolis, one of the top fixtures in the Iranian season.

"I was promised that women in Iran will have access to football stadiums soon," he said during an event at FIFA headquarters in Zurich. "He told me that in countries such as (Iran), these things take a bit of time."

The Iranian group OpenStadiums, which is campaigning for the right of women to attend sports fixtures in the Islamic Republic, said that some women were arrested near Azadi stadium on Thursday during the Esteghlal-Persepolis match.

"When Mr. Infantino was enjoying a football match in men-only stadium, Iranian female football fans were under arrest," the group said on Twitter.

The semi-official Iranian students news agency ISNA quoted Interior Ministry spokesman Salman Samani as saying the female fans were not arrested but rather transferred to a "proper place" by police.

Infantino said he was aware of criticism of his visit but felt it was better to engage in dialogue with Iranian leaders.

"I heard there were some incidents where some women were detained because they wanted to attend a football match and there was some criticism, obviously and rightly," he said.

"There are two ways to deal with this matter - either we criticise, we sanction, we condemn, we don't speak and we cut relations. Or we go there and have a discussion and try to convince the leaders of the country that they should give (women) access to stadiums. I went for the second option."

There was no immediate Iranian comment on Infantino's remarks. Rouhani's office denied reports on Thursday that the ban on women attending matches had already been lifted.

OpenStadiums said a similar promise over female access had been made in 2013 to Infantino's predecessor Sepp Blatter.

Rouhani, a pragmatist, has repeatedly criticised the ban but has been unable to get it removed because of resistance from powerful hardliners in the clerical and security establishment.

The Islamic Republic has long barred women from attending male soccer matches, based at least partly on the theory that women should not hear male fans swear and curse. Iranian women are allowed to attend female football matches.

© Copyright 2020 Reuters Limited. All rights reserved. Republication or redistribution of Reuters content, including by framing or similar means, is expressly prohibited without the prior written consent of Reuters. Reuters shall not be liable for any errors or delays in the content, or for any actions taken in reliance thereon.
Related News: Gianni Infantino, Hassan Rouhani, FIFA, TIMA, ISNA
SHARE THIS STORYCOMMENT
Print this article 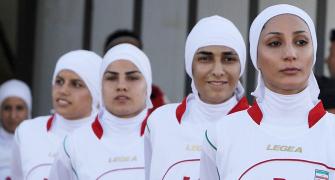 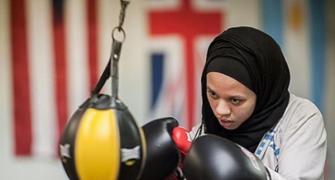 This boxer in fighting in hijab 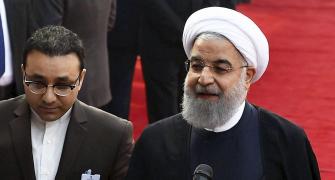 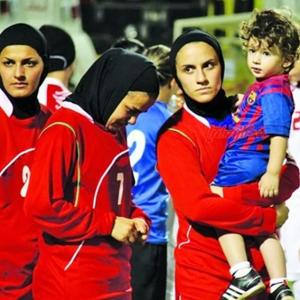 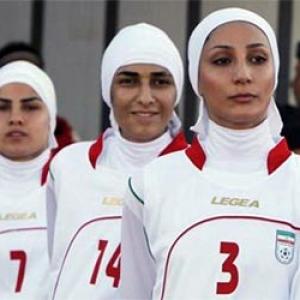