The International Olympic Committee (IOC) has suspended Kuwait for the second time in five years over government interference in the country's Games committee.

The IOC said on Tuesday it met the government and the Kuwait Olympic Committee on October 12 to resolve the issue over a piece of sports legislation that was seen as threatening the autonomy of the Olympic body but the talks proved fruitless.

"The Olympic Movement in Kuwait has faced a number of issues to preserve its autonomy, in particular due to recently amended sports legislation in Kuwait," the IOC added.

It said an October 27 deadline was set at this month's meeting "to resolve the issues at hand or, at least, freeze the application of the conflictive provisions of the sports legislation until a reasonable and mutually acceptable solution could be found".

But with the government of Kuwait not taking any action, the IOC proceeded with the suspension and that means the country cannot participate in any Olympic-related activity including the Games.

Rio de Janeiro will host the Summer Games next year.

Kuwait was also banned in 2010 over a similar dispute but was reinstated before the 2012 London Olympics.

The country's football federation was also banned by soccer's governing body FIFA earlier this month over government interference in the running of the Kuwait FA.

© Copyright 2021 Reuters Limited. All rights reserved. Republication or redistribution of Reuters content, including by framing or similar means, is expressly prohibited without the prior written consent of Reuters. Reuters shall not be liable for any errors or delays in the content, or for any actions taken in reliance thereon.
Related News: Kuwait FA, IOC, FIFA, Getty Images, Rio de Janeiro
COMMENT
Print this article Obama gives thumbs up to US women's soccer team 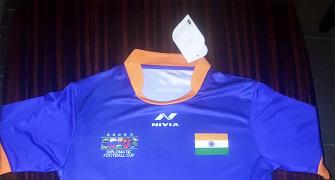 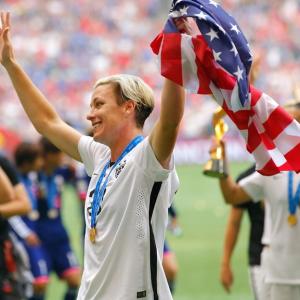